The virtual community meetings will take place on Wednesday, December 2, 5-6 pm, and Saturday, December 5, 10-11 am. Language assistance services will be provided. 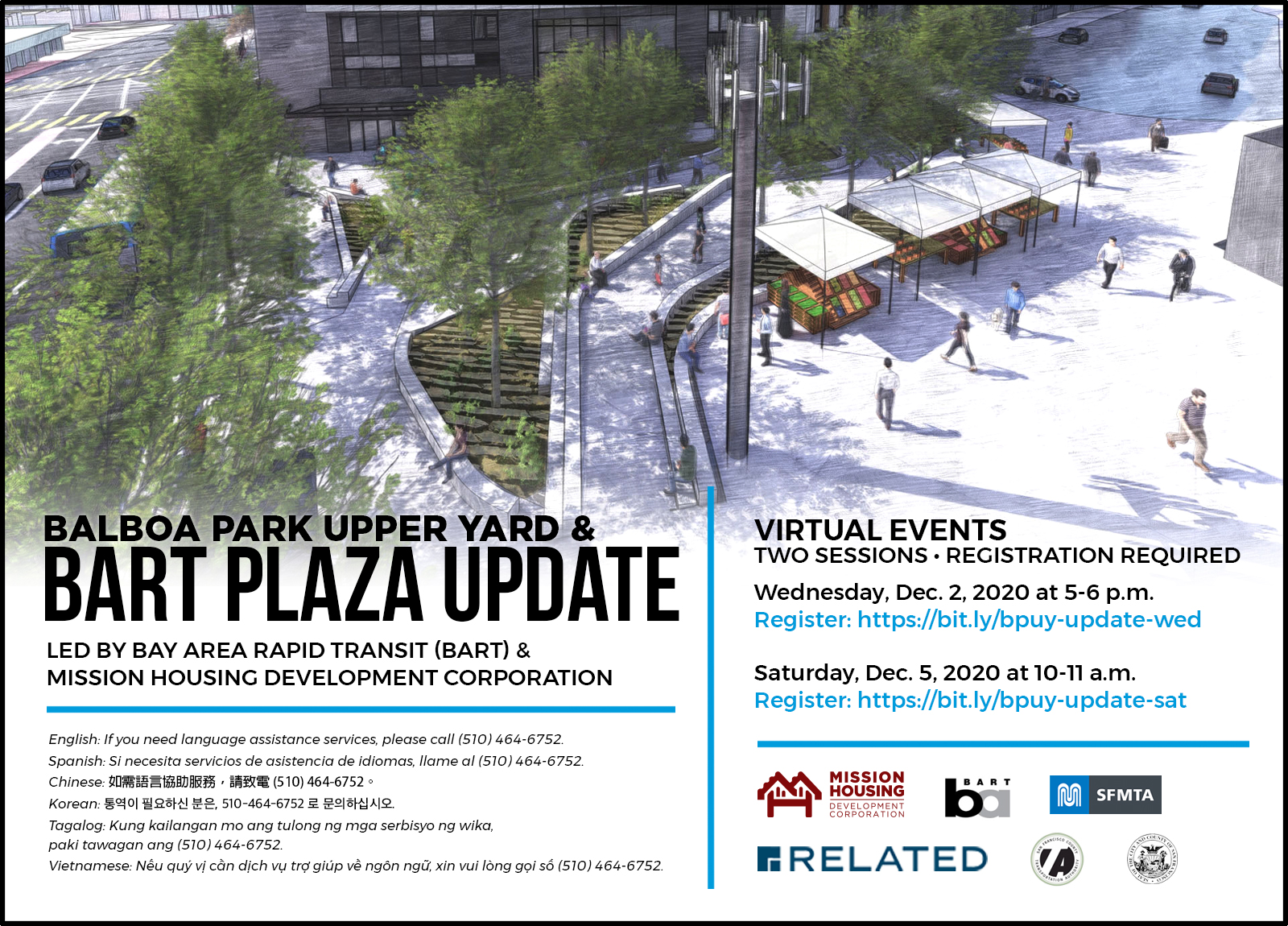 El Cerrito Plaza: On November 19, the BART Board will consider award of an exclusive negotiating agreement to the developer team consisting of Holliday Development, Related California and Satellite Affordable Housing Associates (SAHA).  This is the culmination of a four-month solication process. For more information on the process visit the project website: https://www.bart.gov/about/business/tod/el-cerrito-plaza.

AB 2923: On August 27, 2020, the BART Board of Directors adopted BART's AB 2923 Development Principles.  These principles supplement existing BART policies supporting transit-oriented development (which can be found below), and address gaps in the policies that emerged since AB 2923 was passed by the State of California in 2018. The final version will be posted following approval of minutes at the September Board meeting.

We are pleased to release public drafts of BART’s Transit-Oriented Development Work Plan (TOD Work Plan), including a technical appendix and the BART Transit-Oriented Development Transportation Demand Management Program. The TOD Work Plan establishes BART’s TOD Program priorities for the next 5-10 years.  It also summarizes BART’s approach for prioritizing all of its developable property, including those parcels that are subject to AB 2923. A companion document to the AB 2923 Tech Guide, the TOD Work Plan provides local jurisdictions clarity around when development of BART’s AB2923-eligible TOD sites is anticipated to occur as they embark on rezoning efforts to conform with AB 2923. The TOD Transportation Management Program was developed in response to an AB 2923 requirement and is referenced in the AB2923 Development Principles included in the TOD Work Plan.

To learn more about the TOD Work Plan and opportunities to provide input on the document:

BART Board Approves West Oakland Transit-Oriented Development: On June 11, 2020, the BART Board of Directors approved the development of TOD at the West Oakland Station by Mandela Station Partners, LLC. The project includes 762 units of which 240 are affordable, 300,000 square feet of office space, and 52,625 square feet of retail space. This project is the culmination of over 6 years of work, and implements the City of Oakland's West Oakland Specific Plan.

*To get the latest information on BART's TOD Program, including notice of Requests for Proposals for Development, sign up for email updates by subscribing to BART's alerts and selecting "Transit-Oriented Development Projects."

What is Transit Oriented Development (TOD)?

BART has six TOD goals, with which we measure and evaluate our progress. These six goals include: 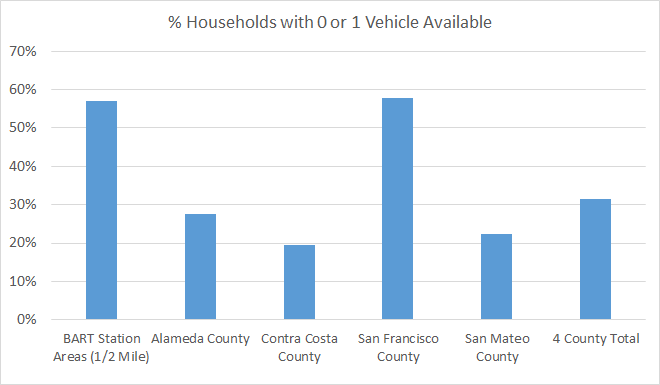 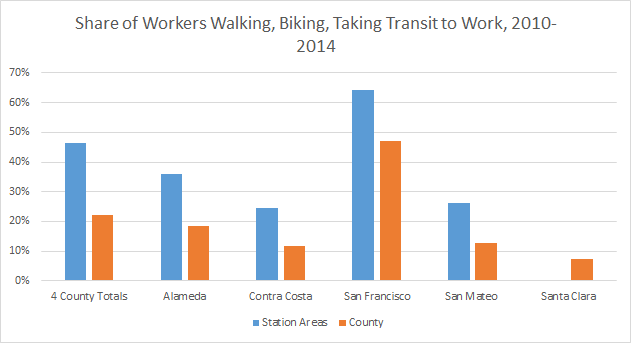 BART has 13 completed projects, 4 under construction projects, and 7 approved projects in the pipeline.  More on these individual projects can be found at the “Completed TOD Projects” and “Upcoming TOD Projects” pages.  Below is a summary of development to date within BART’s TOD Portfolio.

Additionally BART owns an estimated 250 acres at 27 stations that could accommodate future development.  The TOD Program regularly evaluates this portfolio of land to ensure market, political, financial and other conditions align prior to soliciting TOD. Most critically, the policy requires cities to adopt transit-supportive land use plans prior to solicitation. 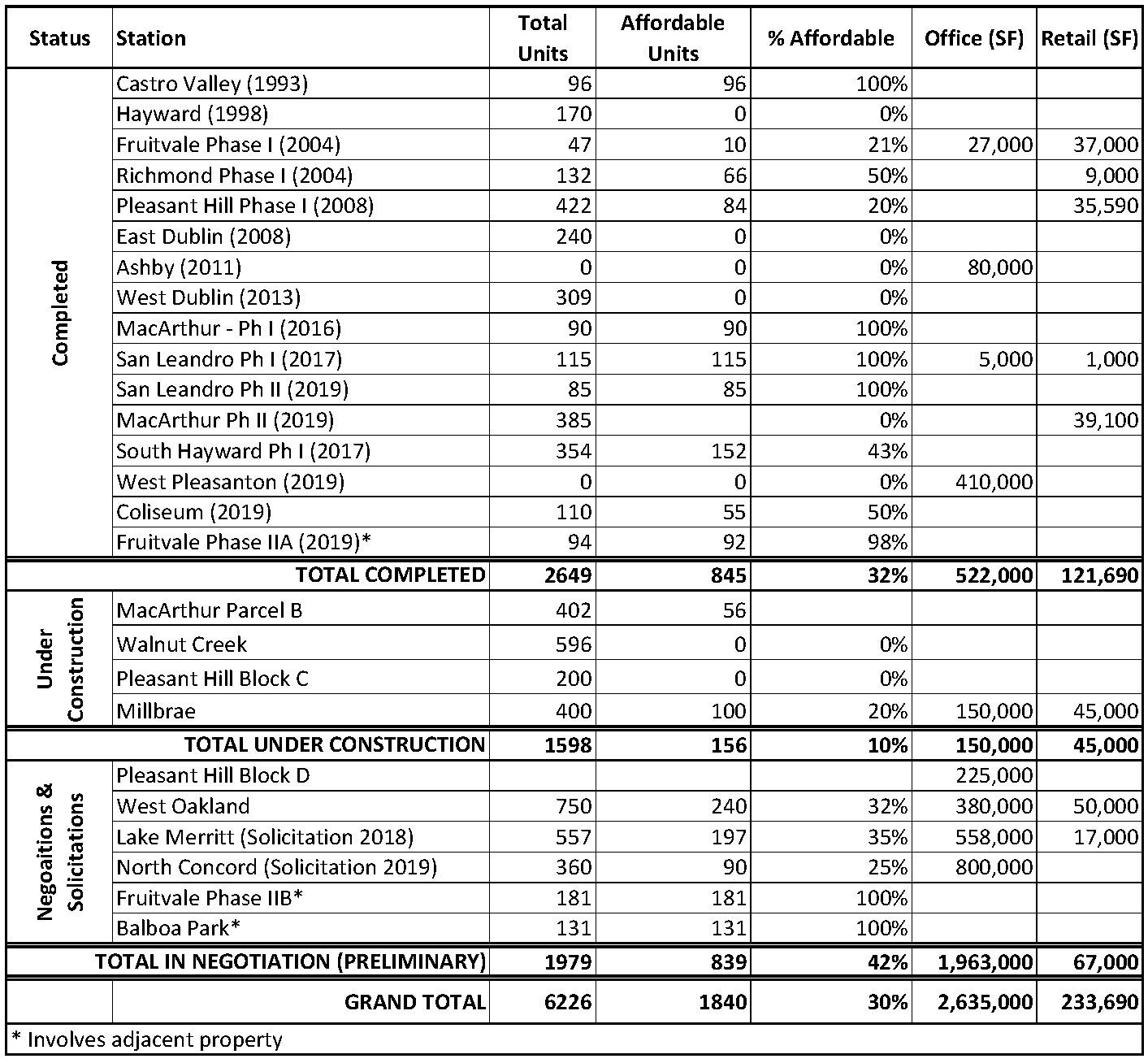 List is subject to change, as development plans are extremely dynamic.