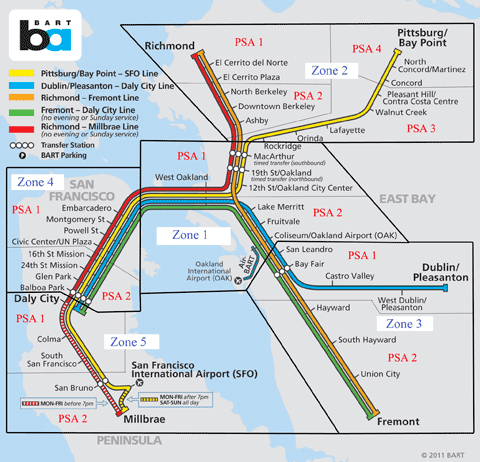 Today the BART Police Department (PD) unveiled its new Zone Geographical Policing Structure, which breaks the current zones down into smaller, easier to manage areas that are more compatible with its existing span of control.   “A Zone Lieutenant will now be in command of one of the five patrol zones, where a team of patrol Sergeants, Police Officers and Community Service Officers will be responsible and accountable for providing 24/7 service to their areas within the BART District,” BART PD Chief Kenton Rainey said.

The successful implementation of COPPS will improve the quality of life for BART customers and the communities it serves by:

For more information on the BART Police Department visit http://bart.gov/police.