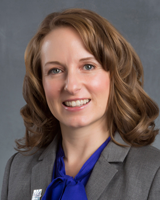 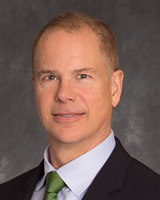 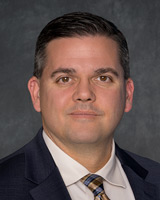 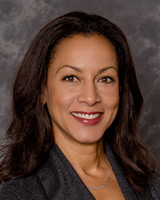 One person is always on call for emergencies. [email protected] should be your first choice for all media inquiries, including during emergencies We will continue to operate the media voicemail line during major service disruptions.  That number is 510-874-7464.

During such disruptions and incidents, the Media Voicemail Line (510) 874-7464 is updated frequently and should be your first call for information. If you are calling about police activity you can also call the BART Police Watch Commander, which is staffed 24 hours a day, at (510) 464-7020.

Requests for information under the California Public Records Act should be filed with the Office of the District Secretary, not with the Communications Department. To file the request:

To receive BART press releases and media advisories directly by email, email a request to be added to our distribution list to any one of the press contacts listed above.

Press releases are posted as news items on the homepage of bart.gov and can also be found in our news section.

You can sign up for email subscriptions for automated BART Service Advisories and project updates at http://bart.gov/alerts.

Credentialed television news media wanting access to the paid area of BART, need to contact a member of the Communications team so clearance can be given to the Station Agent and the Operations Control Center.  For safety reasons, please do not use tri-pods, cables and lights on crowded platforms in addition to no live shots on crowded platforms. Others looking to film on BART need a permit which can be obtained in the film permit section.

BART Board of Directors

You can view Board member biographies, contact information and Board meeting agendas or watch live or achived Board meetings at http://www.bart.gov/about/bod

Ridership reports and Quarterly Performance Reports can be found at http://www.bart.gov/about/reports

Details and pictures of on-going projects at BART such as extensions, earthquake safety, and station improvement projects can be found at

System facts can be found at http://www.bart.gov/about/history/facts

Details on BART's Fleet of the Future can be found at http://www.bart.gov/cars

Details on BART's legacy train car can be found at http://www.bart.gov/about/history/cars

The following recommendations are for responsible media reporting to prevent copycat incidents.

Sources for these recommendations are here and here.

A report published by the U.S. Department of Transportation’s (U.S. DOT) Federal Railroad Administration (FRA) explains how the reporting of a suicide death in the media has the potential to increase imitative suicide attempts for vulnerable individuals who read the article, a phenomenon known as suicide contagion.

Volpe, The National Transportation Systems Center (Volpe Center) collected 1,173 online media articles about FRA-reported suicide and trespass incidents over the course of 12 months and found several reporting practices with the potential to increase suicide contagion on the rail system.  Many media outlets in the study reported on suicide and trespass incidents in a manner consistent with recommendations. Still, many articles reported in ways that could lead to copycat incidents.

By looking at the patterns of incidents, the authors identify articles that had the potential to result in a copycat attempt.  For example, in New Jersey there were six rail suicide incidents during the study timeframe. Two of those six incidents occurred within one week of the previous incident. In both cases, at least one of the reports about the first incident highlighted the act of suicide by using “suicide” in the headline, and in several cases described the actions of the individual involved.

Based on the findings of this research, the Volpe Center concluded that the development of rail-specific recommendations for how to report on railway fatalities could help to encourage more responsible reporting practices and thus mitigate the risk of suicide contagion.

BART specifically has experienced clusters of suicide incidents following extensive media coverage of suicides.  In recent years, twice we have experienced two incidents on the same day. We also had three incidents in a two-week period, and two incidents within the same week. We had a suicide death occur 12 hours following extensive media coverage of a person in crisis lying on our tracks but then helped up to safety by passengers.

In April 2015, BART launched a crisis intervention campaign posted in our stations that was developed in cooperation with area mental health professionals and agencies. The agencies involved are all part of BASCIA (Bay Area Suicide & Crisis Intervention Alliance).

We posted the crisis hotline number on all platforms and printed the number on the back of paper tickets. We added special training for frontline BART staff on how to recognize and help a person in crisis.  We distributed National Suicide Lifeline wallet cards provided by the Substance Abuse Mental Health Service Administration in all stations.  Each Station Agent booth have the cards available.

BART spokespeople follow a script when providing details to reporters and the public about these incidents to try to guide responsible reporting.  We also changed our official BART Service Advisory message from “Person Under a Train” to “Major Medical Emergency” for these incidents based on the advice of BASCIA.  They told us “person under a train” is too graphic and may trigger someone else in crisis.

FRA and Volpe will work with rail carriers to pilot and evaluate a strategy to improve media reporting. This initial pilot will focus on the Northeast Rail Corridor to test and evaluate an initial strategy within a relatively small geographic region.

FRA and Volpe will: