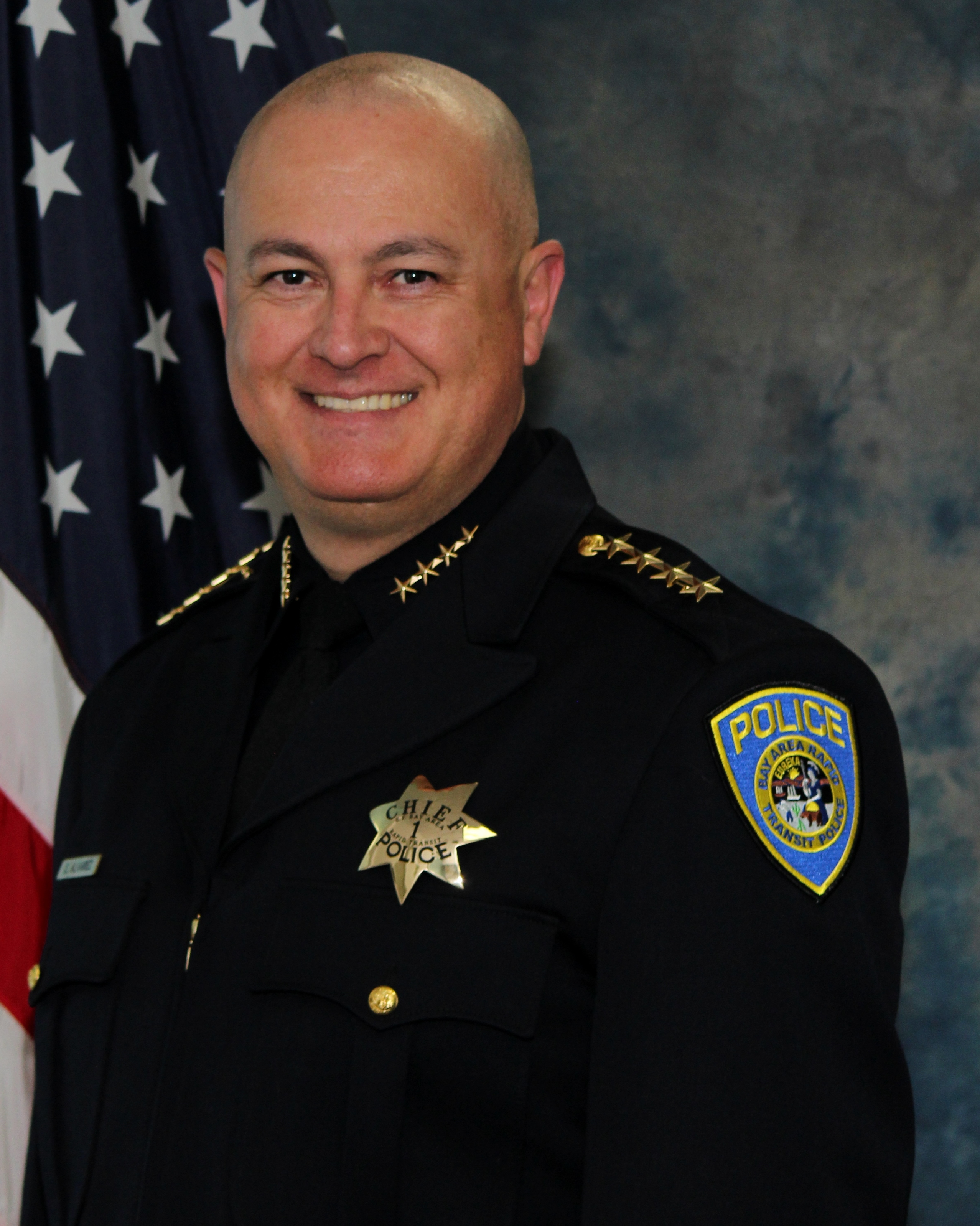 On January 10, 2020, Ed Alvarez was appointed BART Chief of Police. He had been serving as interim chief since May 2019. Prior to that, he had served as the Support Services Deputy Chief.

Alvarez began his law enforcement career with the BART Police Department in 1998 after graduating from the Oakland Police Department’s 140th Basic Recruit Academy. He has since worked as a Patrol Officer, Field Training Officer, Detective, FBI Human Trafficking Task Force, Patrol Sergeant, Field Training Sergeant and CAP Team Sergeant. He was promoted to Lieutenant in 2011 and has since managed several units within the Support Services Bureau which includes Communications, Revenue Protection, Records, Property, Traffic, Vehicle Maintenance and Administrative Services. He has also been a Zone Commander, Watch Commander, and Field Training Coordinator.

Chief Alvarez is a graduate of the Police Executive Research Forum’s (PERF) Senior Management Institute for Police. He has a Bachelor of Science Degree in Criminal Justice from Union Institute and University along with an Associate of Arts Degree from Chabot College in Administration of Justice. He is bilingual in English and Spanish. 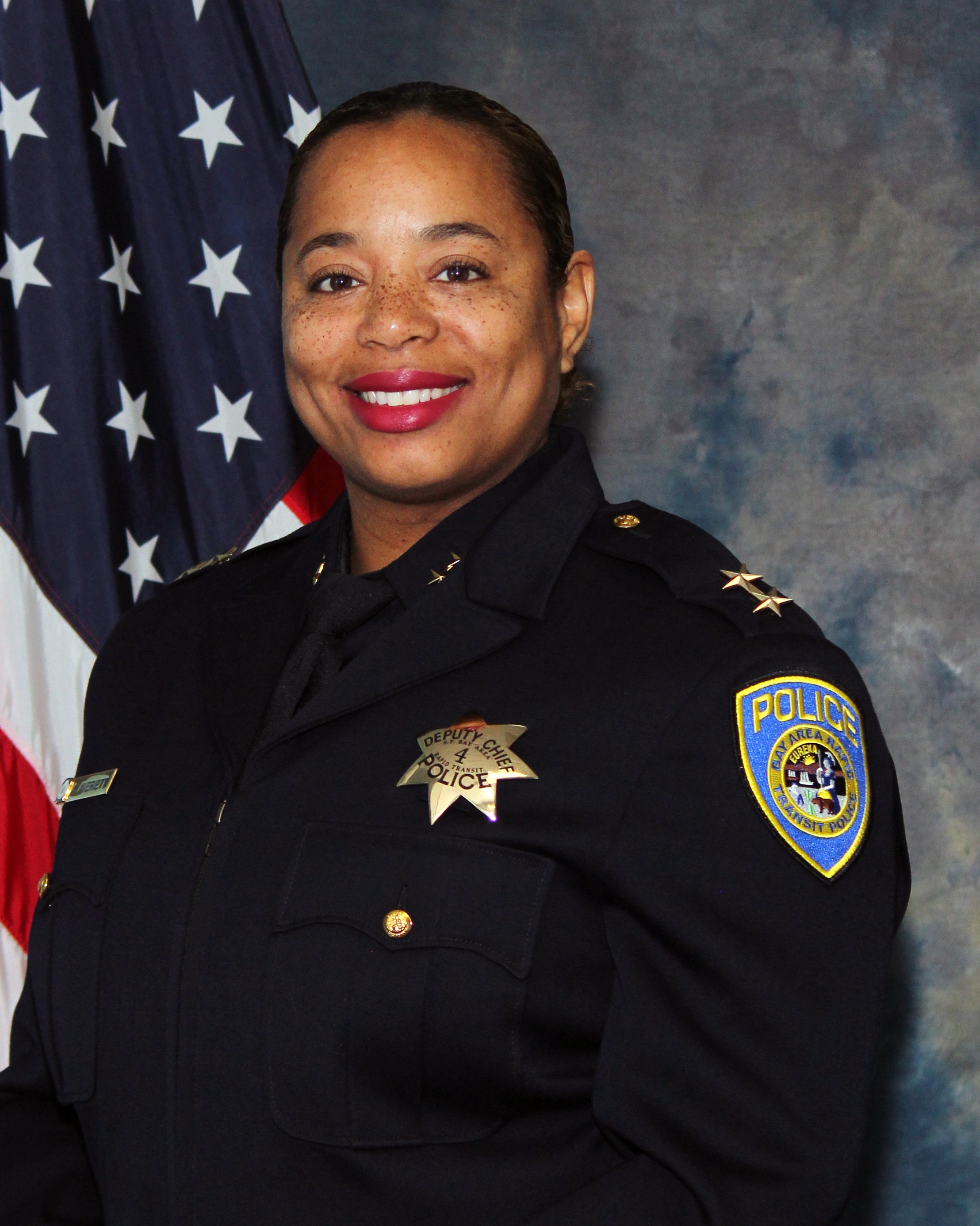 Deputy Chief Angela Averiett is a Bay Area native with 24 years of experience in, and devotion to the policing profession. She excelled through the ranks in two different contemporary police agencies in the San Francisco Bay Area, and is currently deputy chief of the Bay Area Rapid Transit (BART) Police Department—a 200-officer, full service police department which protects the 432,000 daily riders of one of the most multi-faceted and community-oriented transit systems in the country. Averiett brings to the BART system a wealth of community-oriented policing experience to help connect the BART police not only to its ridership, but also to hundreds of communities across five Bay Area counties which rely on the system and are affected by its presence.

Averiett is well-known for her ability to build trust-based relationships in the communities she has served. The bulk of her policing career, prior to her arrival at BART PD in 2019, was dedicated to the people of Hayward, California—an urban city of 160,000 in the San Francisco East Bay Area. At Hayward, she worked patrol and traffic unit assignments. Averiett served as an advisor to the Explorer Program and was program coordinator for the Peer Support Team. She was promoted to sergeant in 2008, where she was assigned to the special duty (gang) unit, patrol division, and the district attorney liaison. She was promoted to lieutenant in 2014, where she was assigned to the patrol division, district command and internal affairs units. Averiett also managed the Honor Guard team and was the assistant team leader on the Crisis (Hostage) Negotiations Team.

Throughout her entire policing tenure, Averiett has thrived on tackling complex neighborhood problems by combining creative community policing strategies with inclusive community relationships and consistent engagement. She currently serves on the board of directors of the Barbershop Forum, an organization comprised of law enforcement, community activists, and returning citizens. The Barbershop Forum—featured in televised coverage nominated for an Emmy award—provides an inclusive platform for raw, mutually-transparent, and productive between law enforcement and the communities they serve—particularly communities of color. It is through this important community focused work that Averiett and the members of the Forum received a 2017 “Heroes” award from the District Attorney of Alameda County, and a 2019 Community Service Award from the Southern Alameda County NAACP. Through her leadership of many community-based initiatives and strategies, Averiett is also well-versed in a variety of quality-of-life issues, including the communal effects of poverty and homelessness. The problem-solving efforts she has led in these areas are not only a testament to her ability to gain trust and compliance from the least empowered, but also her savviness in navigating highly charged political environments.

Averiett received her bachelor’s degree in Leadership and Organizational Studies from the prestigious St Mary’s College of California. She has also participated in many leadership courses, including the Alameda County Leadership Academy and LAPD Leadership Program. With a 10-year tenure as a hostage negotiator, she currently serves as the Vice President of the California Association of Hostage Negotiators (CAHN). She was the Parliamentarian of the San Francisco Bay Area chapter of the National Organization of Black Law Enforcement Executives (NOBLE). Recently, the California Commission on Peace Officer Standards and Training (POST) selected Averiett to serve as one of 11 subject matter experts on a committee tasked with drafting use-of-force guidelines now mandated by AB392.

In her spare time, Angela trains for the yearly Police Unity Tour, a 300-mile bike ride from New Jersey to Washington, D.C. to honor police officers killed in the line of duty. 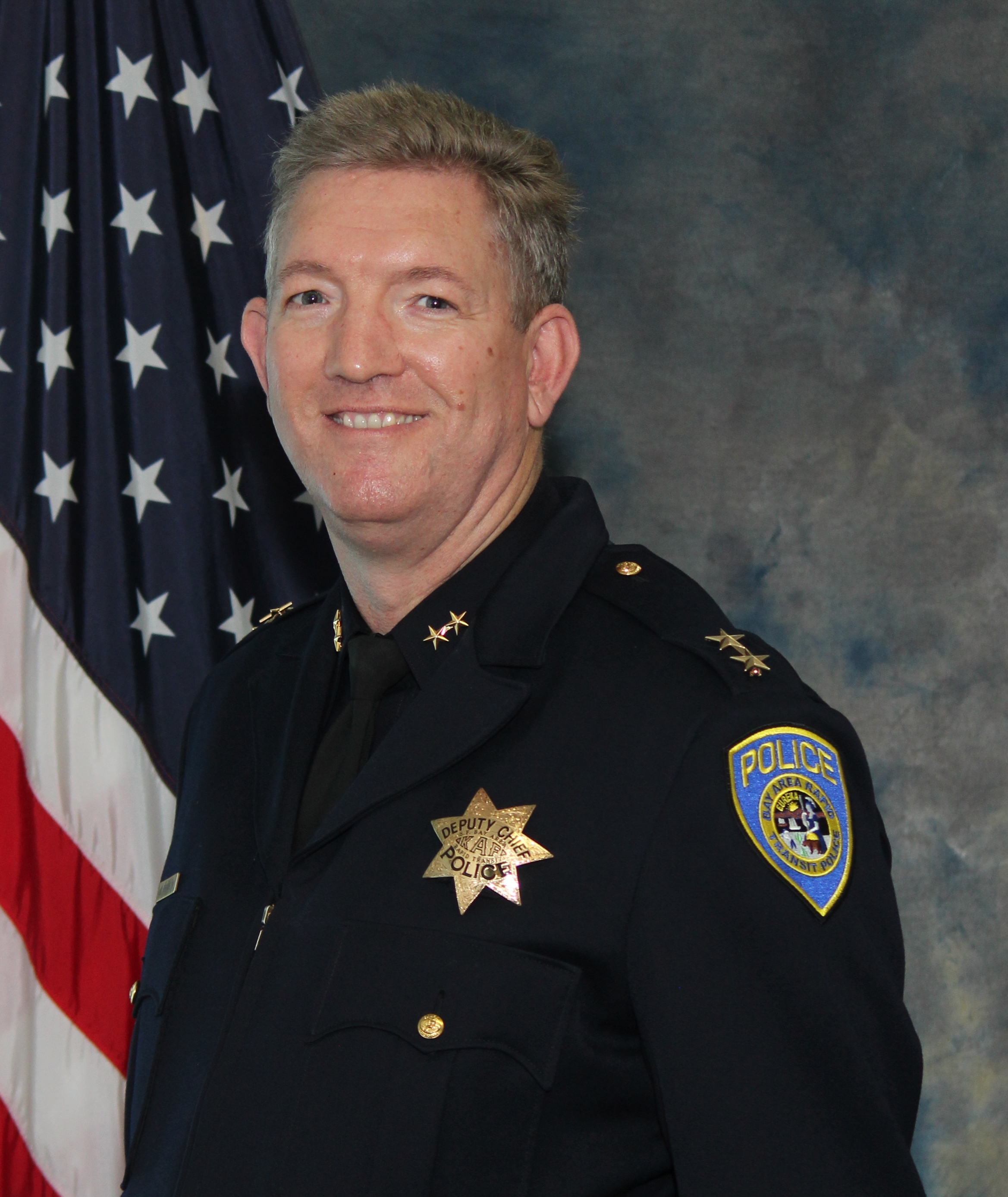 Born in Oakland, a life-long BART-rider and Bay Area resident, Deputy Chief Kevin Franklin was appointed by Chief Alvarez on August 17, 2020 and currently leads the Operations Division at the BART Police Department. Kevin began his law enforcement career in 1989 at the Oakland Police Department. After transferring to the BART Police Department in 1996, Kevin had the opportunity to work in a variety of assignments as a BART Police Officer including patrol, SWAT, Honor Guard, data analysis, and was involved as an instructor for many of the subjects in the Department’s training programs.

Promoted to Lieutenant in 2007, Kevin spent the next 13-years working as a member of the Department’s Command Staff at a time where the Department implemented sweeping changes as the result of reforms which resulted from the tragic death of Oscar Grant. While serving as the District’s Manager of Security Programs from 2011 through 2018, Kevin worked to implement smart security strategies and provided leadership for infrastructure hardening efforts throughout the BART District. As a recognized leader in transit security, Kevin is involved with the American Public Transit Association where he assists with development of recommended practices for securing transit systems in the United States and Canada.

Kevin holds a bachelor's degree in Business Administration from the University of California at Berkeley and a master's degree in Criminal Justice from California Coast University. Additionally, Kevin is a graduate of the Federal Bureau of Investigation's National Academy (Session 236) and the Police Executive Research Foundation's Senior Management Institute for Policing.

Outside of work Kevin gives back to the community through volunteer work with local youth programs including Scouting. 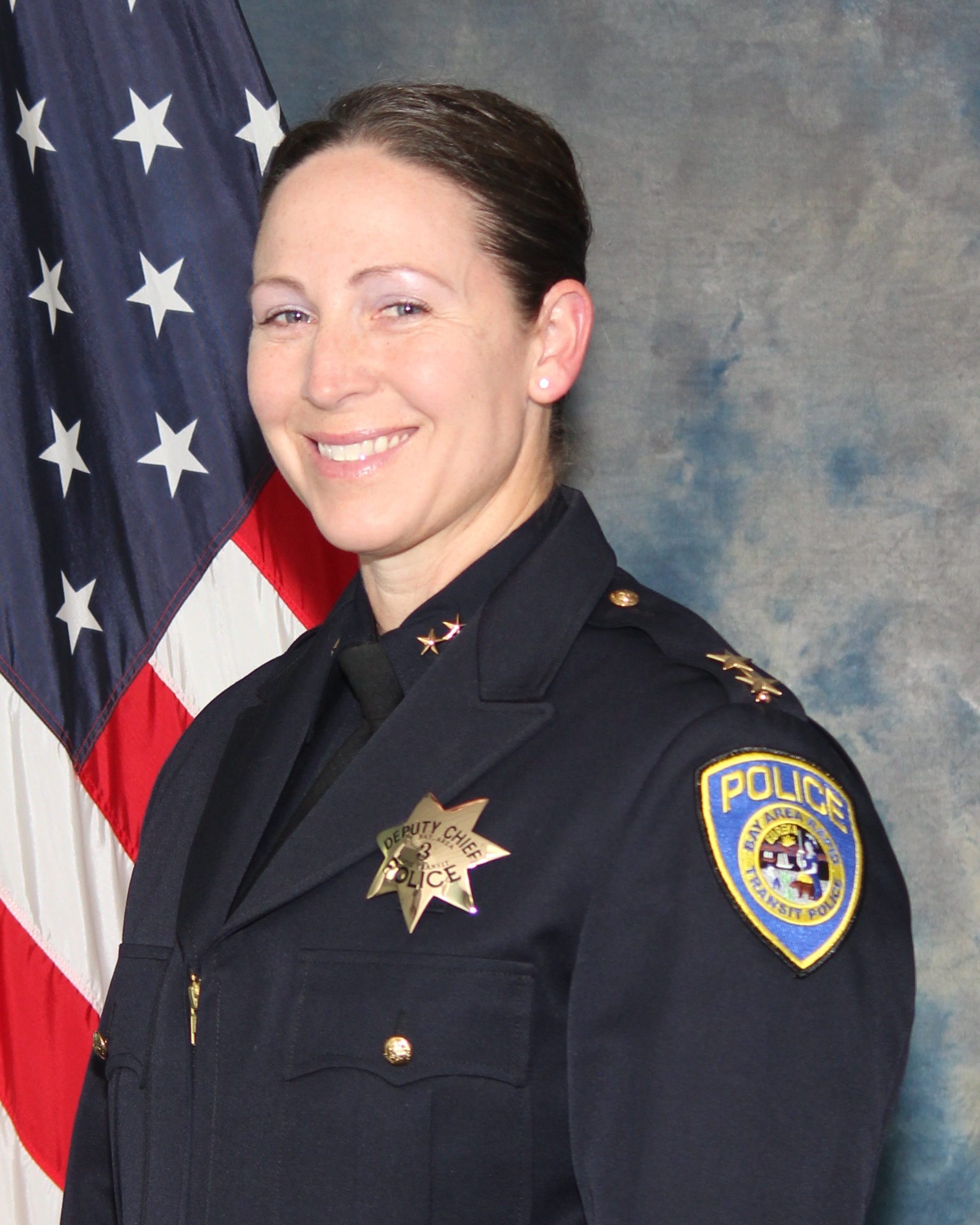 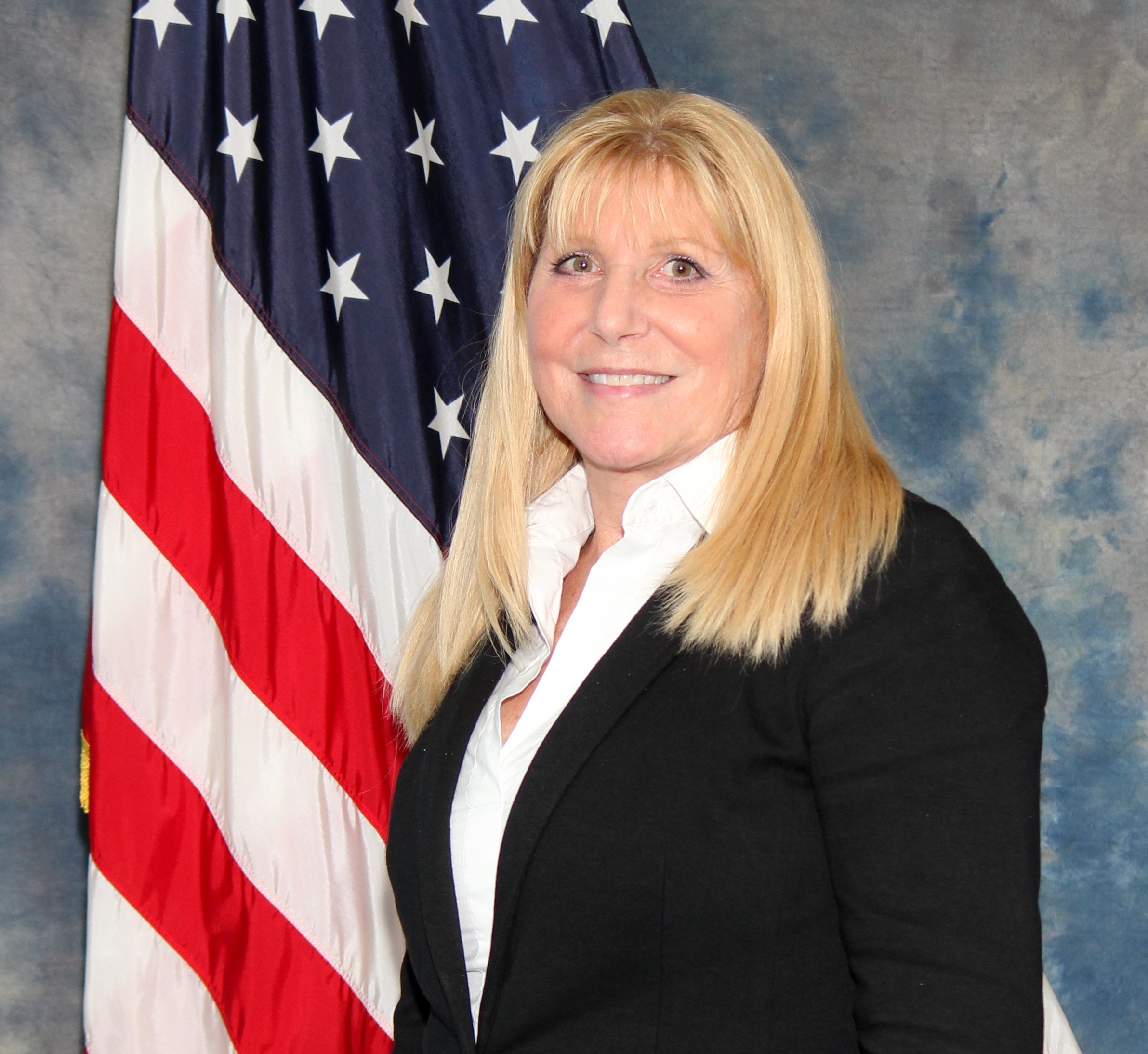 Mimi Bolaffi-Angst is the Director of Security Programs for BART. She is a United States Coast Guard Veteran that brings extensive experience in developing and implementing security programs in transportation. During her Military Service she received the Achievement Medal for Port Security, the Humanitarian Service Medal, the National Defense Service Medal, Good Conduct Medal with Bronze Star, and multiple Commendation Ribbons for Maritime Law Enforcement Operations with Gold Star and Operational Insignias.

Mimi is a Subject Matter Expert (SME) in Transportation Security, and Programs which protect critical infrastructures and facilities. She is the primary representative for BART at the FBI’s Joint Terrorism Task Force (JTTF) and TSA’ Surface Transportation Industry Stakeholder Group.

During her free time Mimi enjoys spending time with her family, hiking and supporting charity organizations such as St Jude’s and Disabled American Veterans. 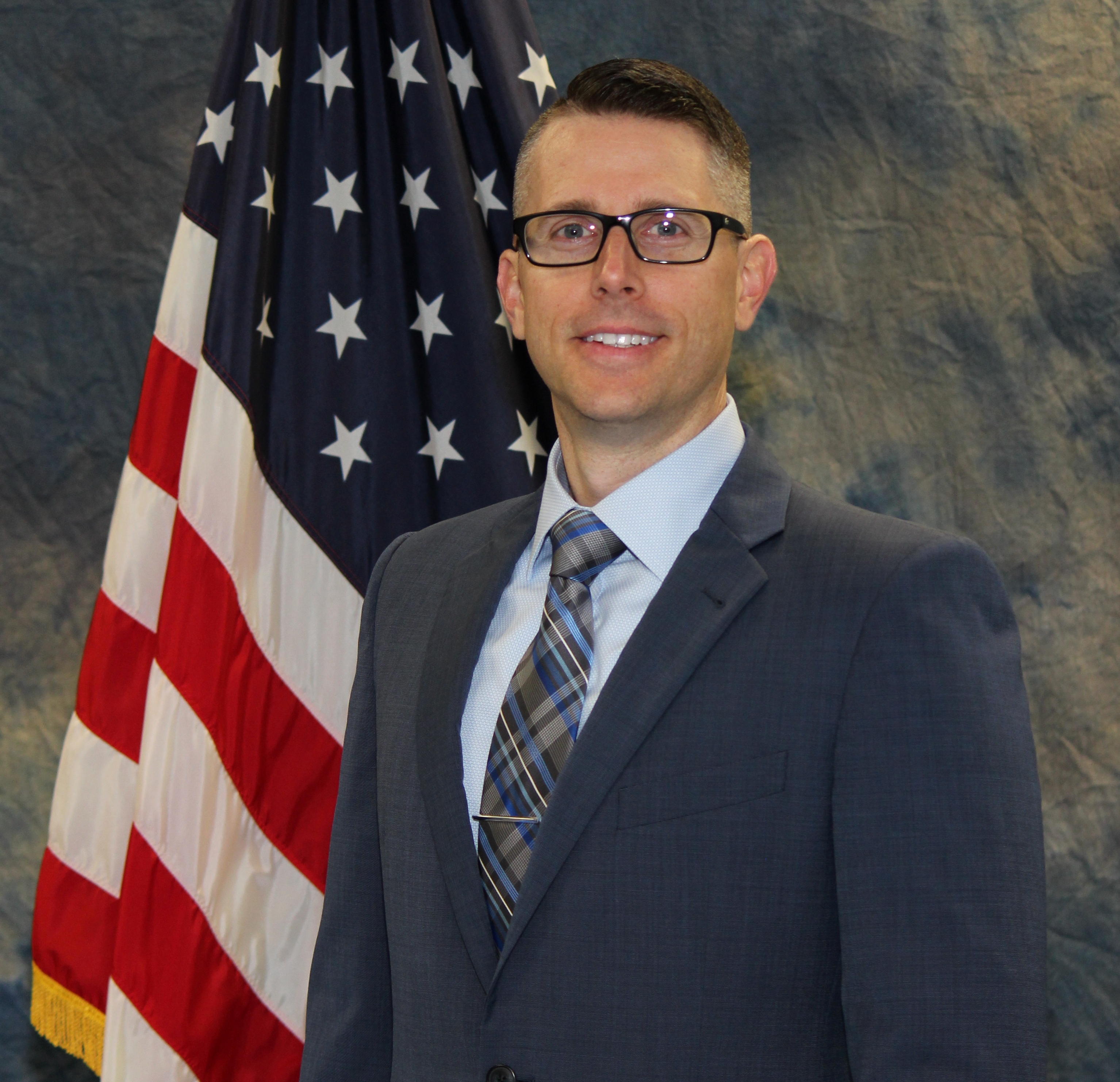 Matthew Cromer was appointed to the position of Manager of Accreditation on March 16, 2015. Born and raised in Contra Costa County, Matt began his career in Law Enforcement as a police explorer with the City of Concord where he was recognized for numerous volunteer hours and the monetary savings of those hours to residents. Matt then became a police intern, followed by being sworn in as a Concord police officer in June 1998. Matt came to BART in April 2000 as a police officer and has since served in various capacities over his 20 years with the BART District.

In 2015, the BART Police Department sought to become an internationally accredited law enforcement agency. Matt was appointed to achieve an Advanced Law Enforcement Accreditation from the Commission on Accreditation for Law Enforcement Agencies (CALEA). This project took three years to complete to move the agency into compliance with nearly 400 recognized standards. In May 2018, BART PD became one of only six percent of law enforcement agencies in the United States to achieve accreditation through CALEA, and only one of 17 at the time in the State of California.

Today, Matt works to maintain and refine BART PD’s accreditation program, which is subject to annual audits by the accreditor. Additionally, work is done to meet compliance with new standards which are developed by the accreditor in a progressive landscape.

Matt holds a master’s degree in Public Administration with an emphasis in Public Management from California State University, East Bay. Matt is also a graduate of the Police Executive Research Forum's Senior Management Institute for Police held at Boston University. 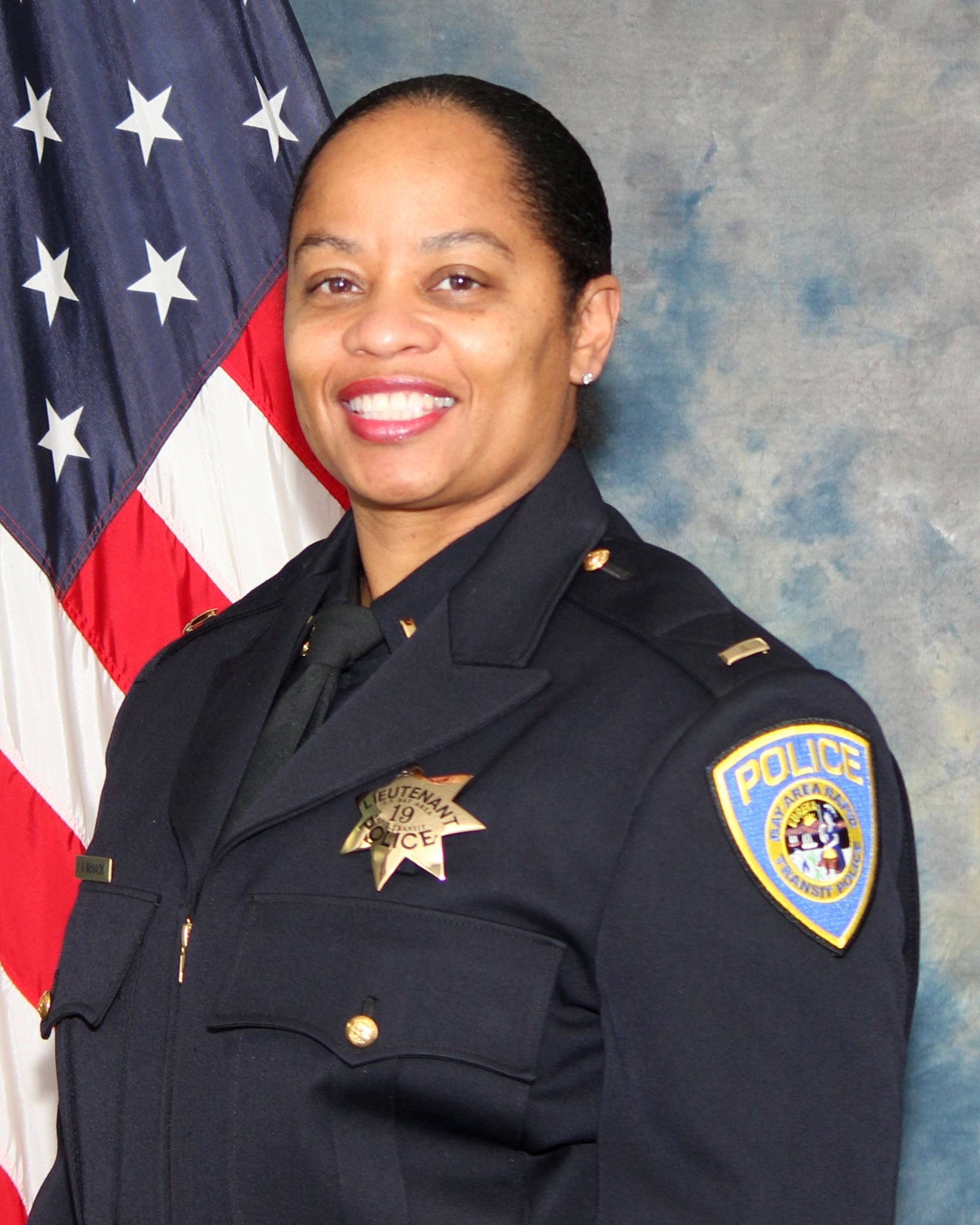 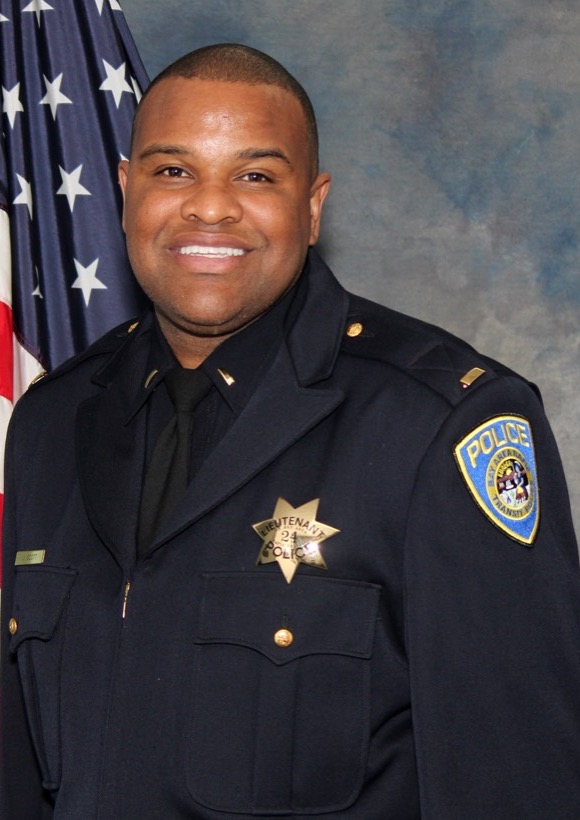 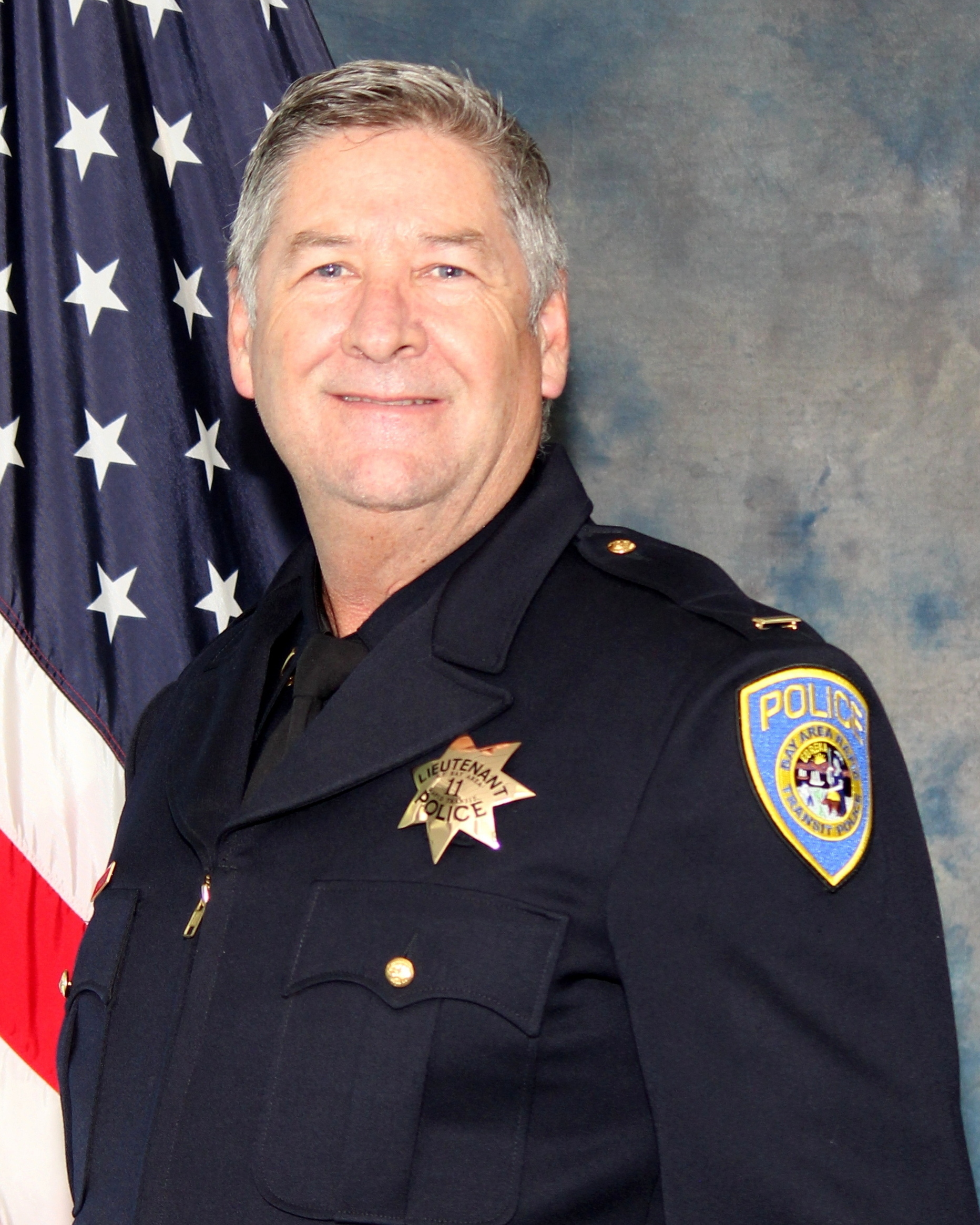 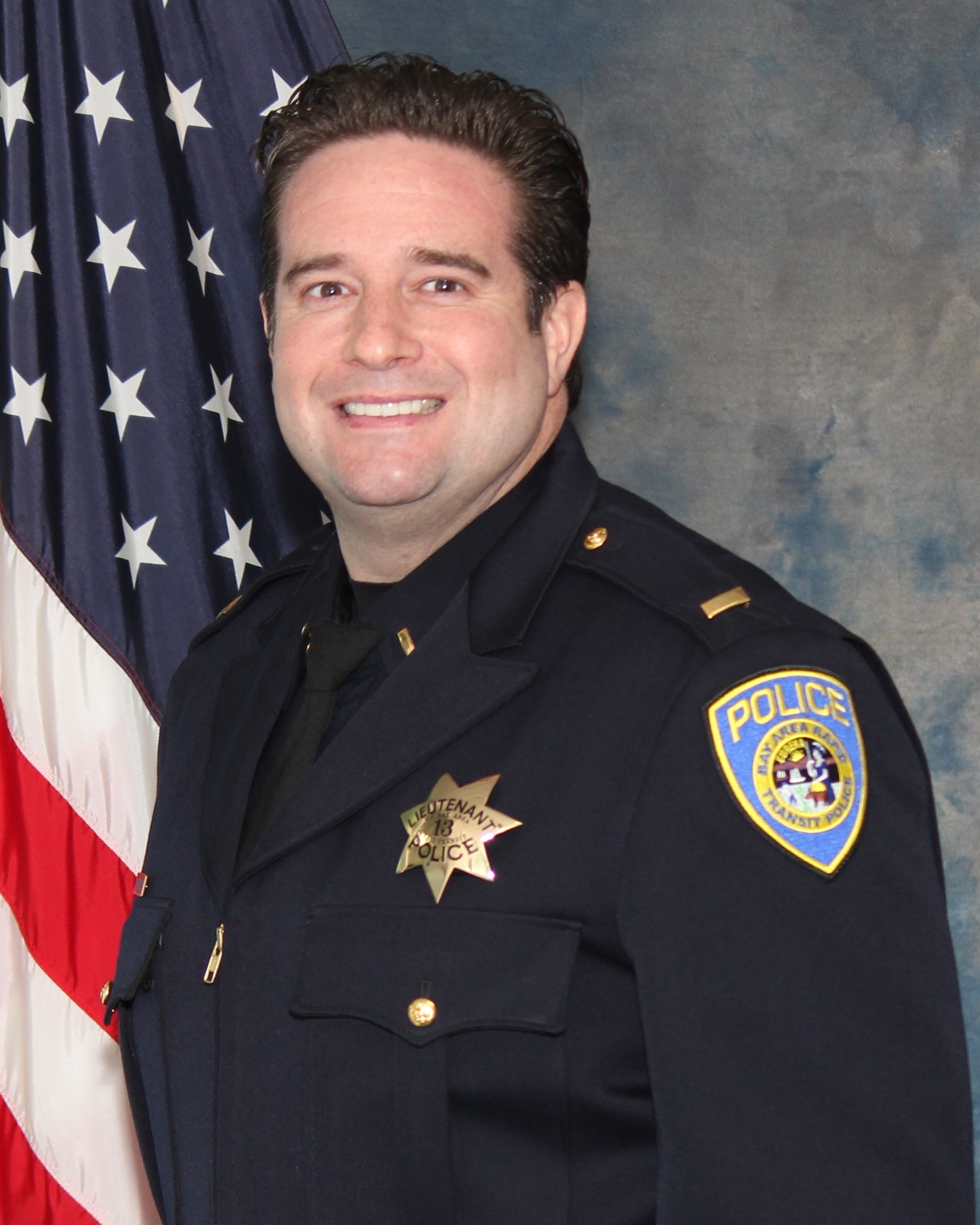 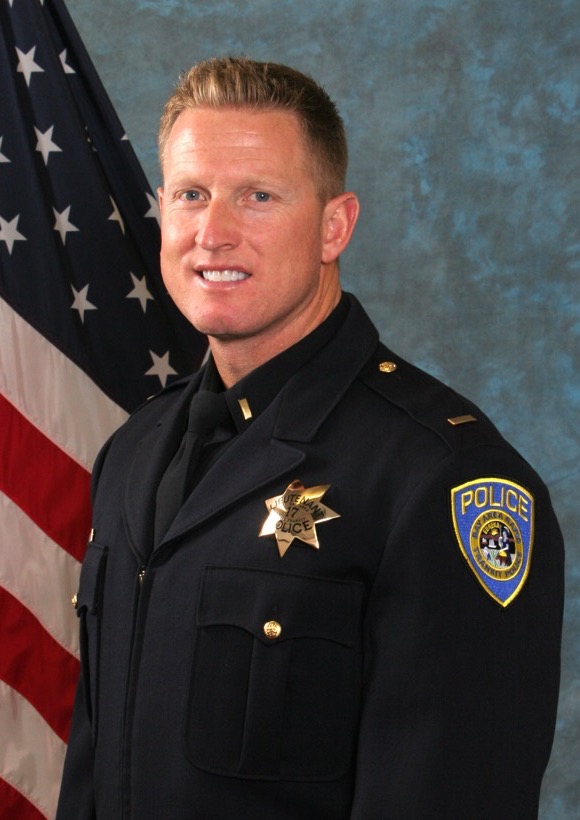 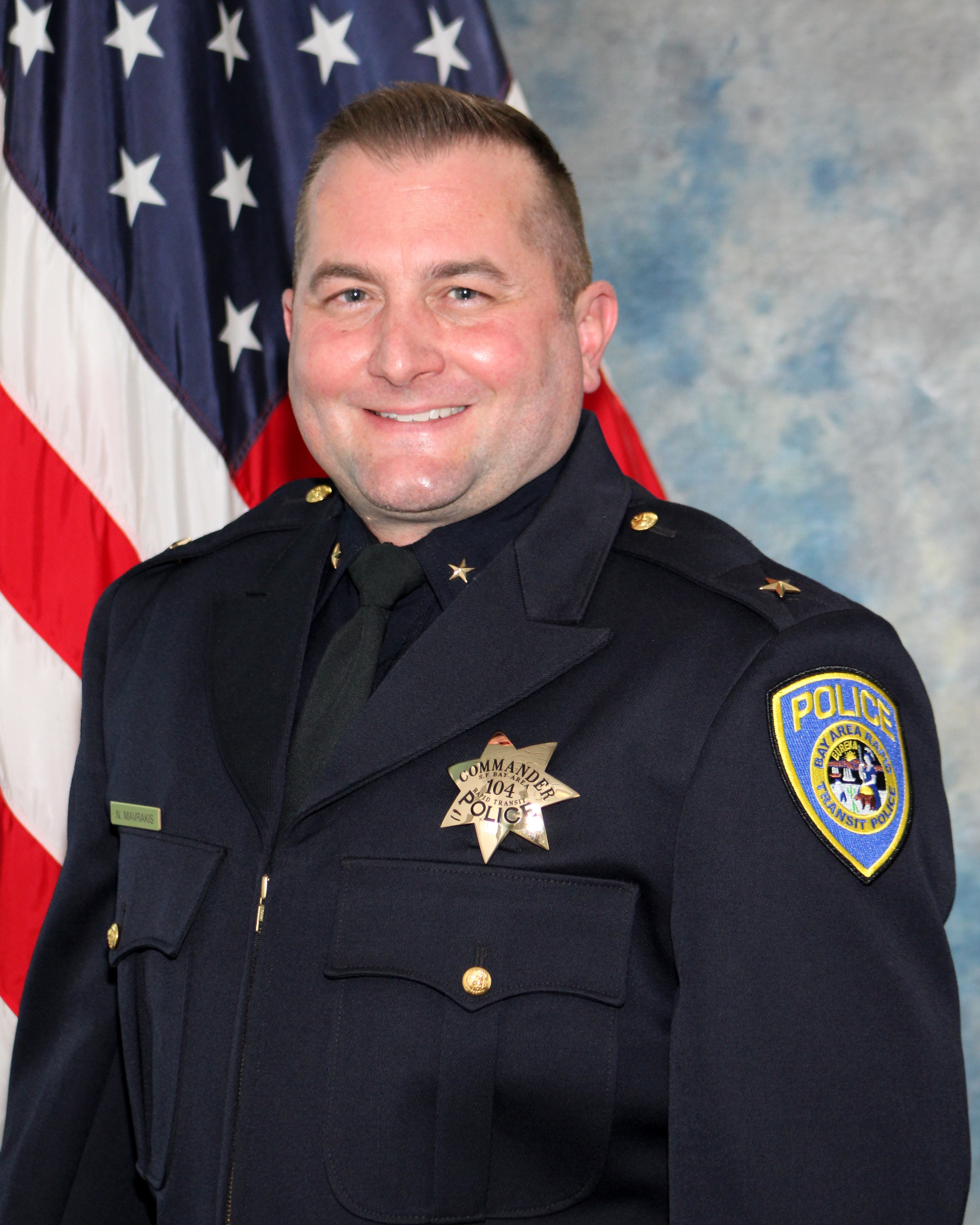 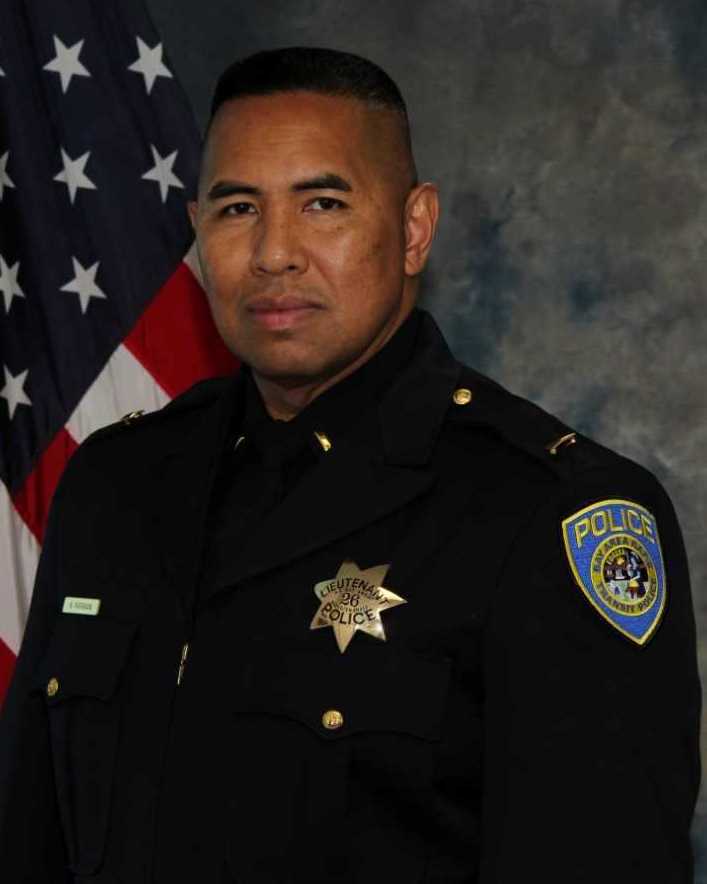 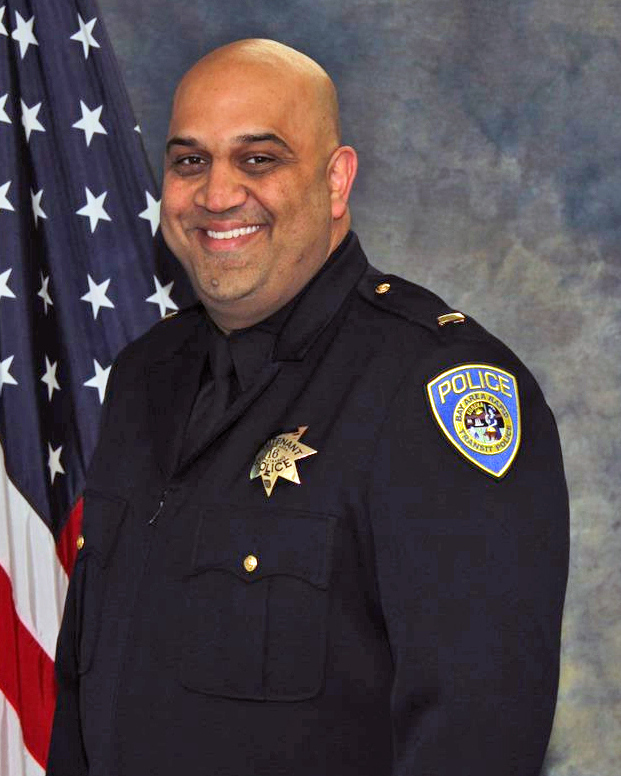 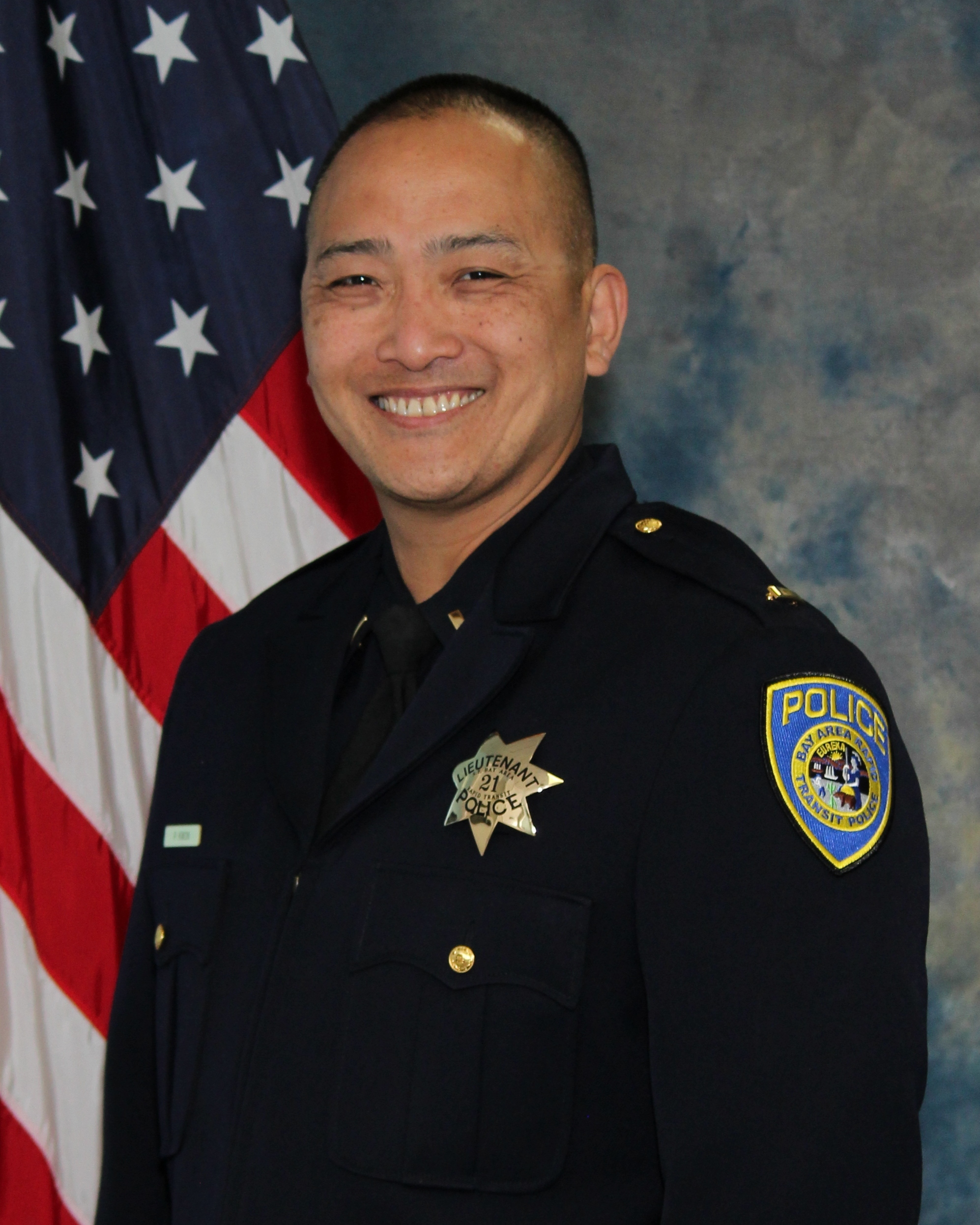 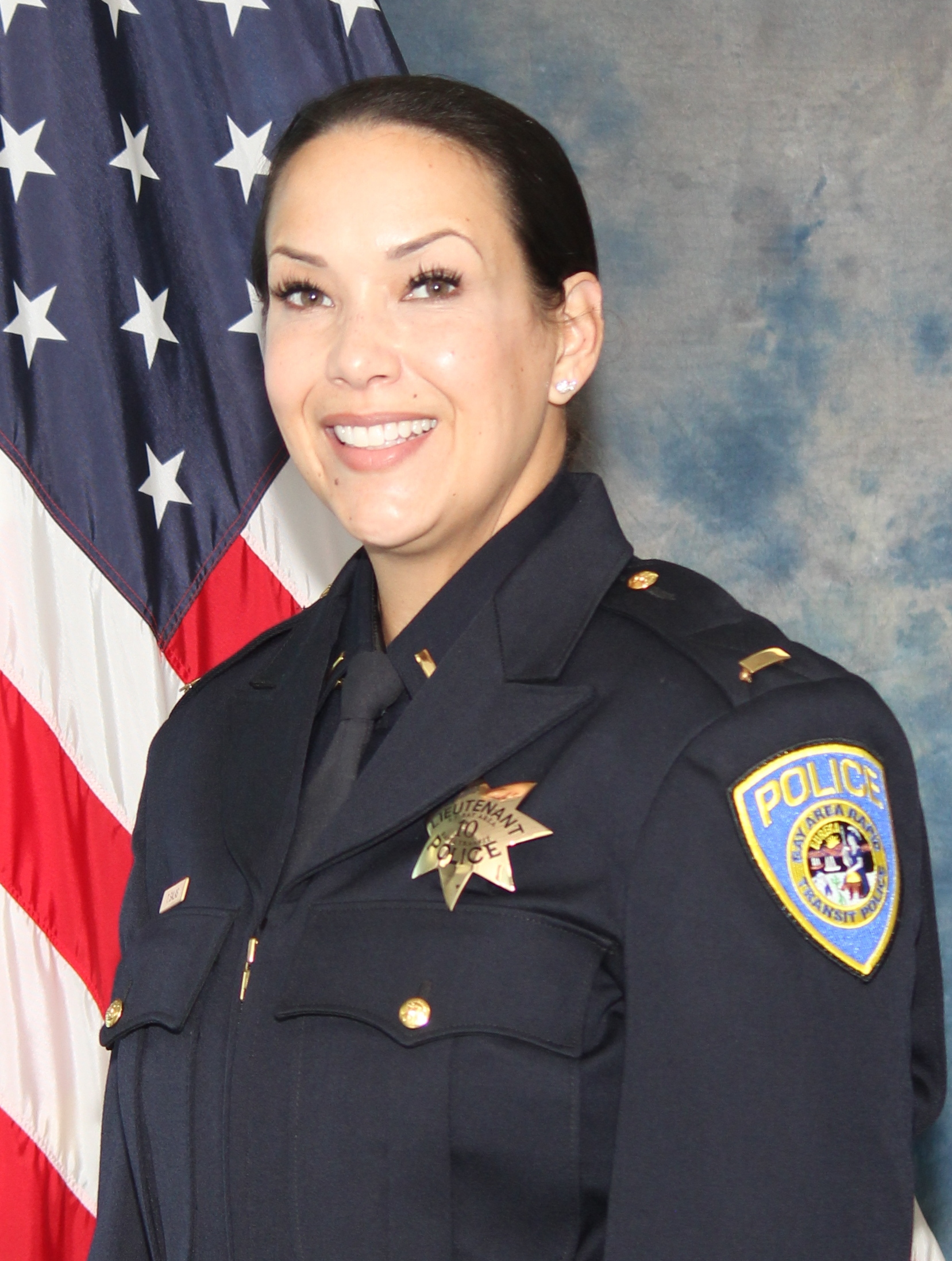 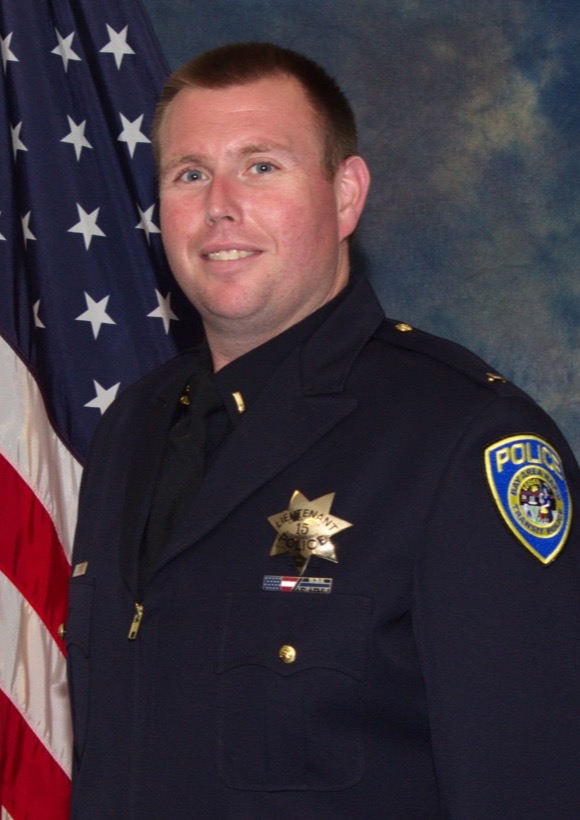 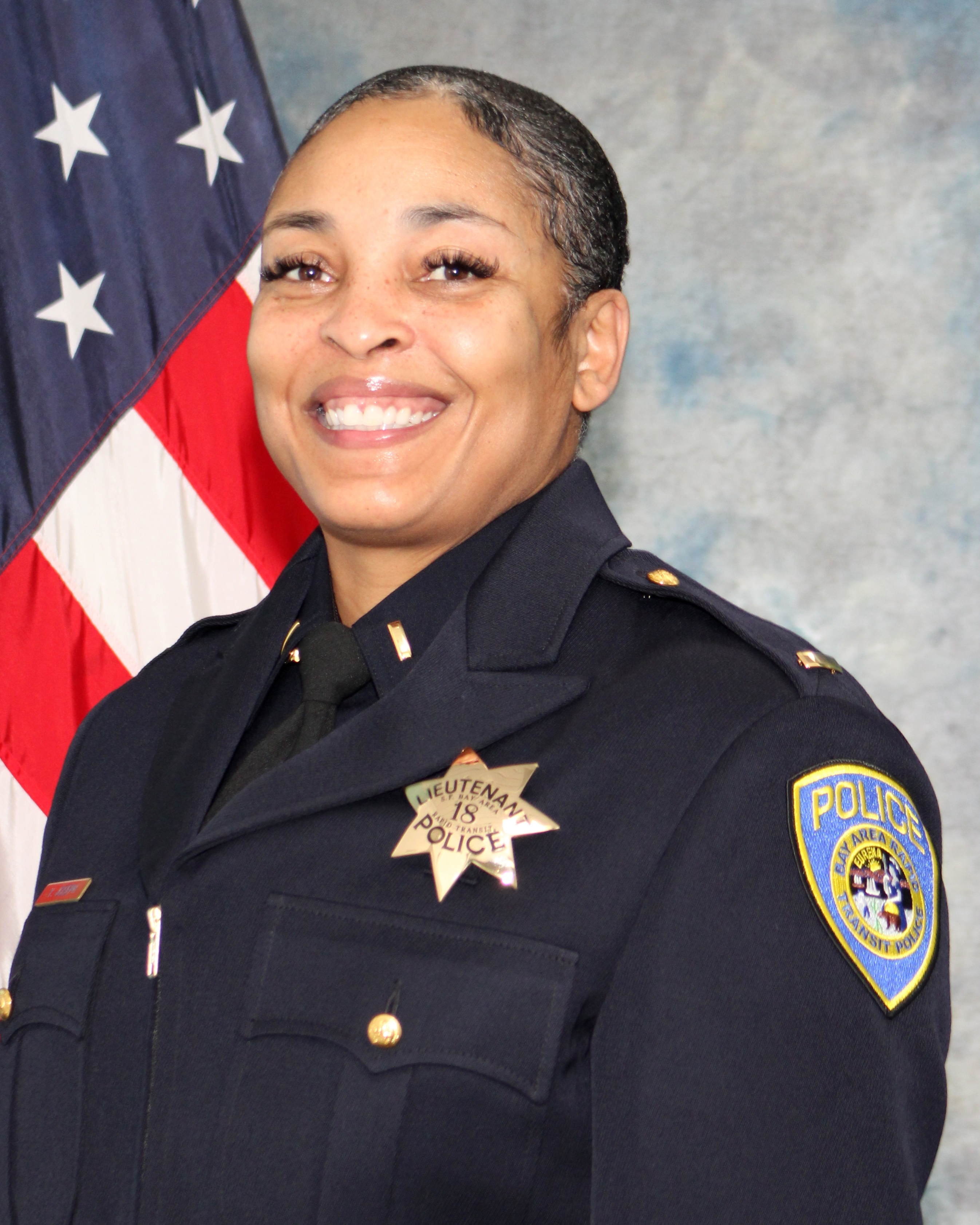