Click the following links below to jump down on the webpage:
Board members
Resources
Notices, Agenda and Minutes Archive (2011-2021)

The BART Police Citizen Review Board shall have the authority to exercise its duties and responsibilities as outlined in the BART Citizen Oversight Model, with regard to law enforcement and police activities or personnel operating under the authority of the San Francisco Bay Area Rapid Transit District.

Members of the BPCRB will work to increase the public’s confidence in BART’s policing services by:

The best way to get in contact with the BPCRB is to come to a monthly meeting; information about these meetings is posted below. You can also contact the BPCRB through the District Secretary's Office at [email protected] for contact information.

File a Complaint or a Commendation Regarding the BART Police Department

Members of the BART Police Citizen Review Board

There are eleven members of the BPCRB: 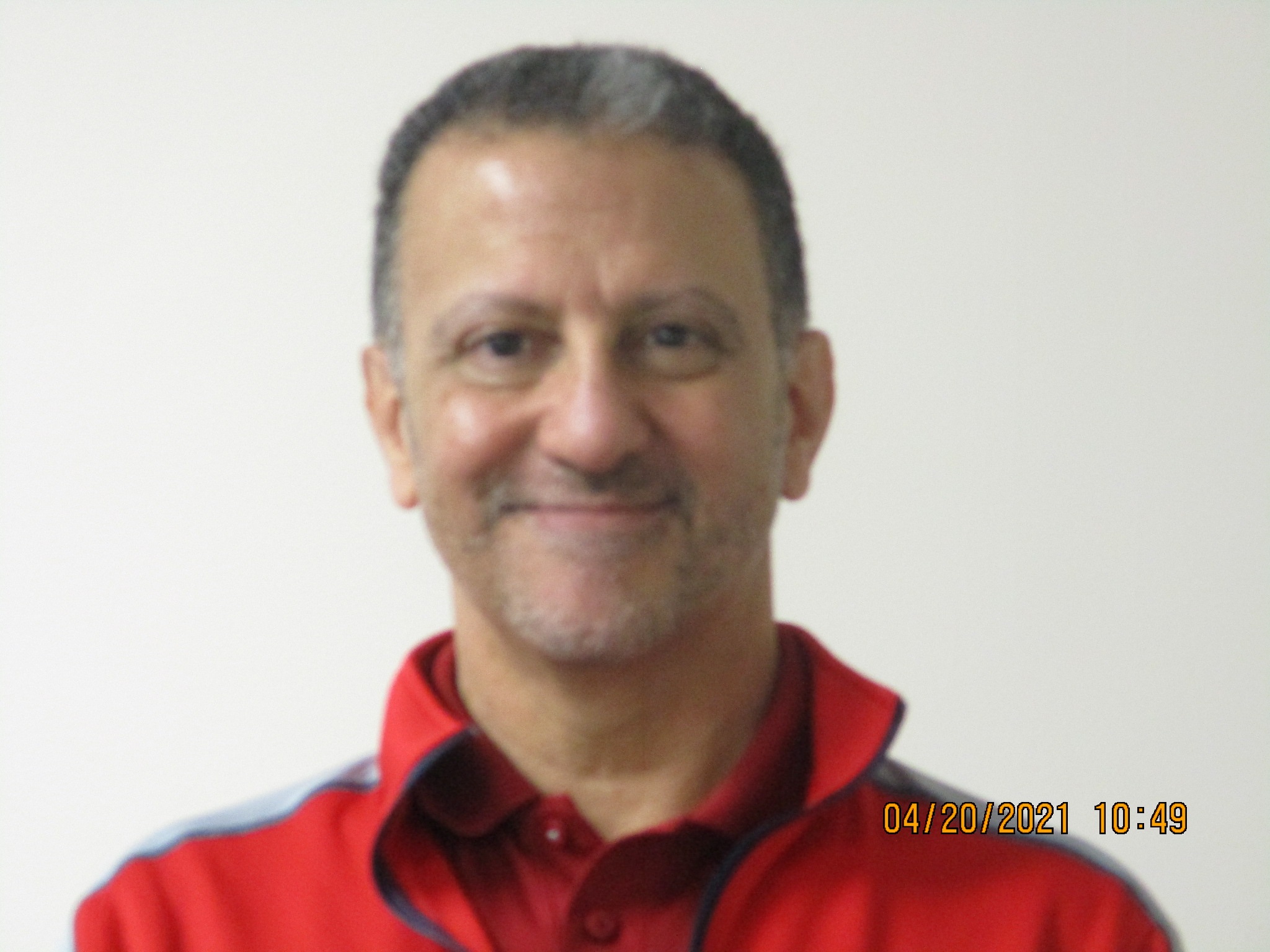 In 2000, he was named to the 40 Under 40 list by the East Bay Business Times and in 2005 named Small Business of the Year by the Contra Costa Hispanic Chamber of Commerce. 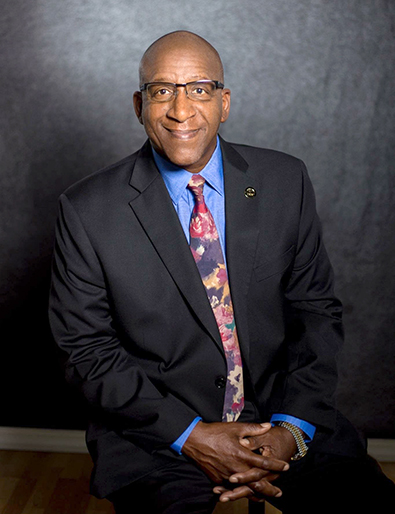 Pete is currently serving his second term as the Mayor of Pittsburg.  He has served on the Pittsburg City Council since 2010.

Pete is a retired law enforcement Officer. He honorably retired from the Pittsburg Police Department in 1998.  Post law enforcement, he worked for Kaiser Permanente as a Director of several Support Service departments for 10 years. He has also served two terms on the Contra Costa County Civil Grand Jury.

He became a Licensed Private Investigator in 1998. Pete has provided consultation services in the areas of criminal/civil investigations and healthcare security.

Pete has a very strong commitment to family and community engagement.  Public service and community involvement has been essential throughout his adult life. 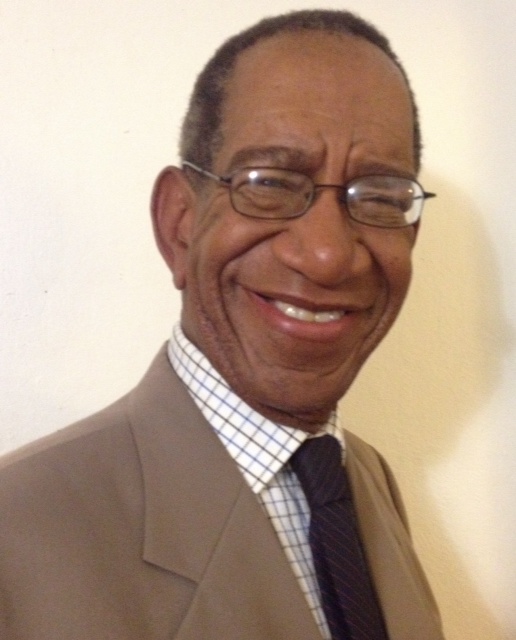 William C. White was appointed to the BART Police Citizen Review Board in March 2011 representing District 3, by BART’s former Board President Bob Franklin and has been since reappointed by Director Rebecca Saltzman. The Stations he represents are Bay Fair, Downtown Berkeley, Hayward, North Berkeley, Rockridge, San Leandro of Alameda and Contra Costa Counties.

He has served as the Staff Accountant of the Alumnae Association of Mills College, Business Manager for the California Shakespeare Theatre and Director of Operation for the Berkeley YMCA. He is currently a small business owner in Emeryville California.

Mr. White has served as a City of Berkeley Commissioner on the Cable Television Board, Personnel Board and from 1996 to 2013 sat on Police Review Commission (PRC) where he served as Chair three different terms. 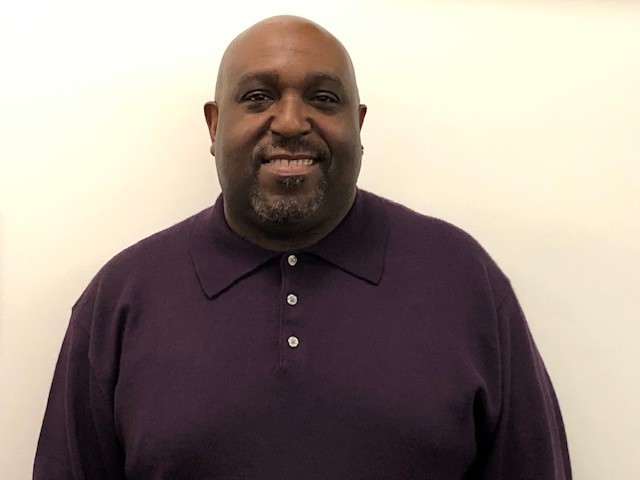 Darren A. White was appointed to the BART Police Citizen Review Board in 2014 by BART Director Robert Raburn.

Mr. White is an award winning senior practitioner in the field of youth facilitation, counseling and supervision. He has more than 20 years of experience in the service of the community, helping first time offenders and disadvantaged youth and adults through diversion programs to avoid incarceration.

Todd Davis was appointed to BART Police Citizen Review Board in July 2020 by Bart Director John McPartland. He is a mediator for the Alameda County District Attorney’s Office: Consumer, Environmental, Worker’s Protection Department. He sits on the Board for the Eden Youth center and currently holds the executive position as secretary.

Todd serves as Youth Advisor for the Hayward NAACP Youth & College Unit. This group works not only to impact and improve the lives of youth and young adults within the community but also equips them with the tools and skillsets needed to become civic-minded and socially engaged leaders of tomorrow dedicated to equity and social justice.

His public service record includes serving approx. 10 years on the Community Services Commission for the City of Hayward and participating in multiple tutoring and mentoring organizations such as Big Brother/Big sister, Eden Youth Center, and various other programs.

Todd attended the University of California, Berkeley for his Bachelor of Arts. While at Berkeley, Todd received a double major in Political Science and Rhetoric and a minor in African American Studies.

Todd is extremely dedicated to community engagement and activism. He currently uses his time to improve the political, social, and economic conditions of the disenfranchised within his community.

Les Mensinger was selected to the BART Police Citizen Review Board on March 10, 2011, and represents the 6th District which includes Fremont, Newark, Union City and South Hayward.  Mr. Mensinger serves as Sergeant of Arms during the Board meetings and on subcommittees of Training and Policy.

Mr. Mensinger has worn several different hats in his long and distinguished career.  As a combat veteran in Vietnam he learned leadership, as well as confronting important decisions.  Mr. Mensinger excelled in the business world as a manager of sales and brings over 35 years with a strong background in excellent customer service.  Mr. Mensinger has completed two citizens police academies and volunteered for the C.A.R.E. and HAPP programs with the Fremont Police Department where he learned a working knowledge of police procedures and policies.

Mr. Mensinger lives with his wife in Fremont.

Christina "Krea" Gomez was appointed to the BART Police Citizen Review Board on September 27, 2018 by BART Director Lateefah Simon.

Krea is the Advocacy and Organizing Director for the Young Women's Freedom Center (YFMC). She recently served as Dean of Students and School Culture at the North Oakland Community Charter School (NOCCS) for the past seven years. Prior to working at NOCCS, she was the Western and Southern Regional Program Manager for the Community Justice Network for Youth (CJNY) a program of the W. Haywood Burns Institute, whose core purpose is to protect and improve the lives of youth of color, poor children and their communities by ensuring fairness and equity thoughout all public and private youth serving systems. While at CJNY she provided organizational and technical support to non-profit organizations and justice administrators all over the country as well as trained hundreds in various skills to empower and engage system involved youth.

Krea has over 20 years experience in youth development, community organizing, restorative justice and program management. She is a co-founder of the Families in Transition Program of the San Francisco Unified School District and recipient of the 2015 Teachers 4 Social Justice Award. 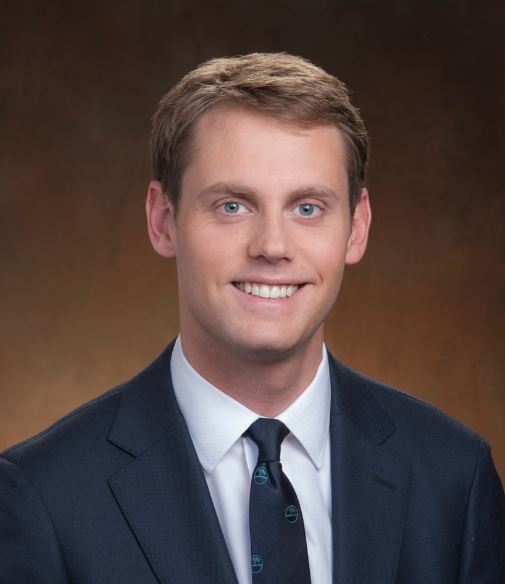 David Rizk was appointed to the BPCRB in July 2015 by BART Director Nicholas Josefowitz.

Mr. Rizk is an Assistant Federal Public Defender who lives in San Francisco and commutes to Oakland on BART. He was previously in private practice at the San Francisco law firm of Keker, Van Nest & Peters LLP. Mr. Rizk is a member of the Bar Association of San Francisco’s Criminal Justice Task Force, which promotes reforms in the criminal justice system and within the San Francisco Police Department. Mr. Rizk is also a member of the Board of Governors of the California Attorneys for Criminal Justice. Mr. Rizk studied law and public policy at Stanford University; he holds a B.A. from Harvard College. Mr. Rizk served as a law clerk to Judge Richard Seeborg on the United States District Court for the Northern District of California and Judge Jacqueline Nguyen on the United States Court of Appeals for the Ninth Circuit.

Board member George David Perezvelez served as the Chair of the BPCRB for the 2011-2012 term, 2017-2018 term, and was re-elected as the Chair for the 2018-2019 term. Mr. Perezvelez lives in Berkeley California after moving to the Bay Area from Atlanta Georgia ten years ago. Mr. Perezvelez is a Veteran Naval Officer after serving in the US Submarine fleet. Mr. Perezvelez currently works as a Director of Operations/ General Manager for a Restaurant Group in San Francisco. Mr. Perezvelez brings to the CRB eleven years of police oversight experience from community and oversight programs in Boston, MA, Atlanta, GA and The Bay Area. Mr. Perezvelez is also the current Chair of the Berkeley Police Review Commission as well as a past member of the Berkeley Commission on Labor.  As a Police Review Commissioner, Mr. Perezvelez has been involved in policy recommendations on various subcommittees including Office Involved Shootings, Use of Force, Crowd Control, Mutual Aid Pacts as well as continuously serving as a member on Boards of Inquiry on misconduct allegations against Police officers. Mr. Perezvelez is currently an executive Board member for the Stonewall Democrats, a socio-political action group lobbying for equality for all LGBT Americans. Further, Chair Perezvelez maintains memberships in various organizations like the ACLU, Sierra Club, Latino Justice Pride, Human Rights Campaign, Alliance for Justice, Out4immigration.org and The National Council of La Raza. Mr. Perezvelez is also a writer for the Examiner on social issues of interest for the county of Alameda under the heading of “the Alameda County Progressive.” 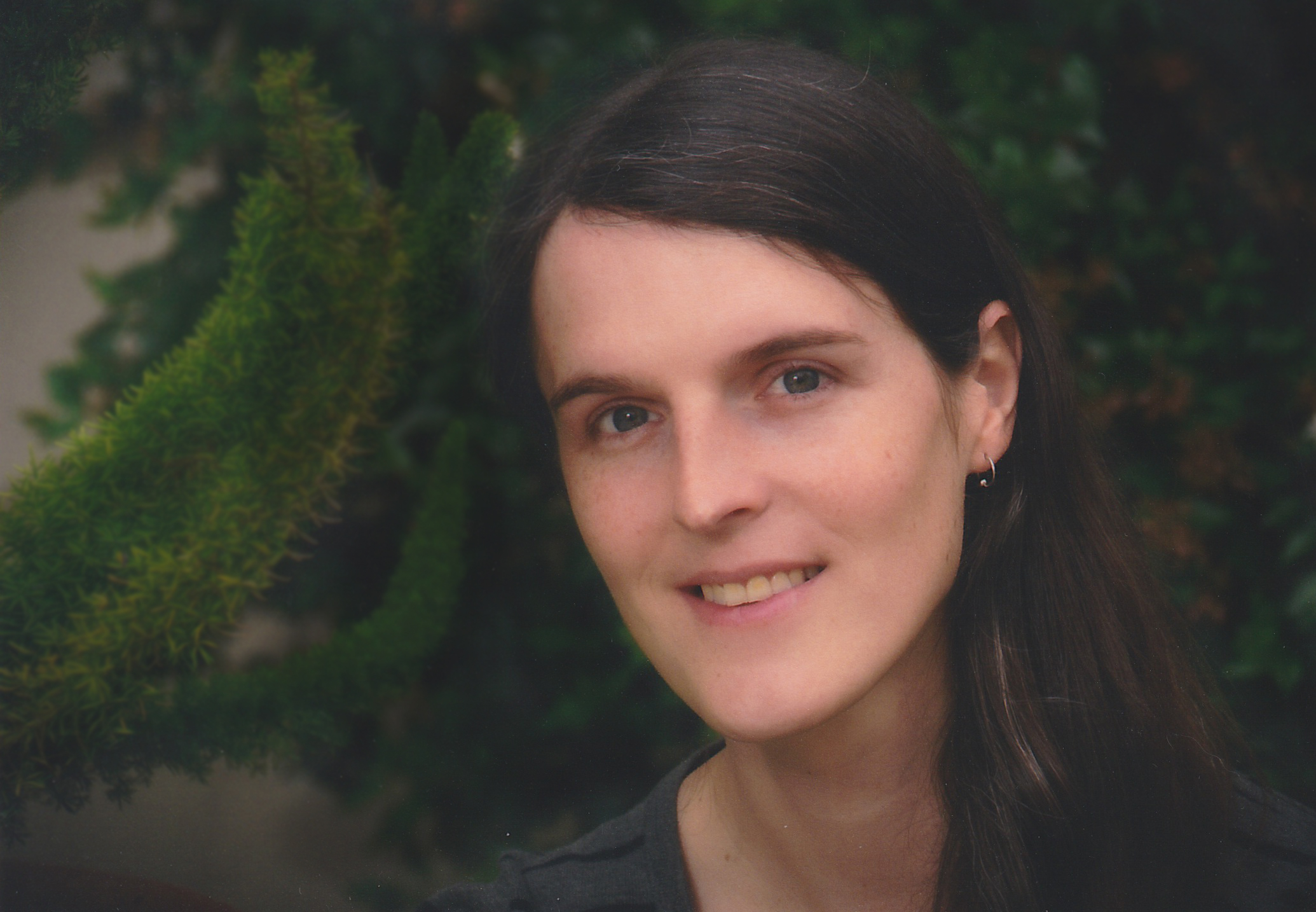 Erin Armstrong received her Masters in Business Administration and Public Policy  (MBA/MPP) from Mills College in 2018, following a decades long career in social and  community welfare. She currently works on Special Projects and Policy for Alameda County Supervisor Nate Miley's office, with a focus on issues such as Early Care and Education, Public Protection, and Social Services.

As the first openly-transgender YouTube blogger, beginning in 2006, Erin has had a global impact in raising awareness of issues facing the transgender community, and has had her work featured in Rolling Stone Magazine, Huffington Post, and the Los Angeles Times. In 2013 she was recognized for her activism in the Inaugural Trans 100 List. 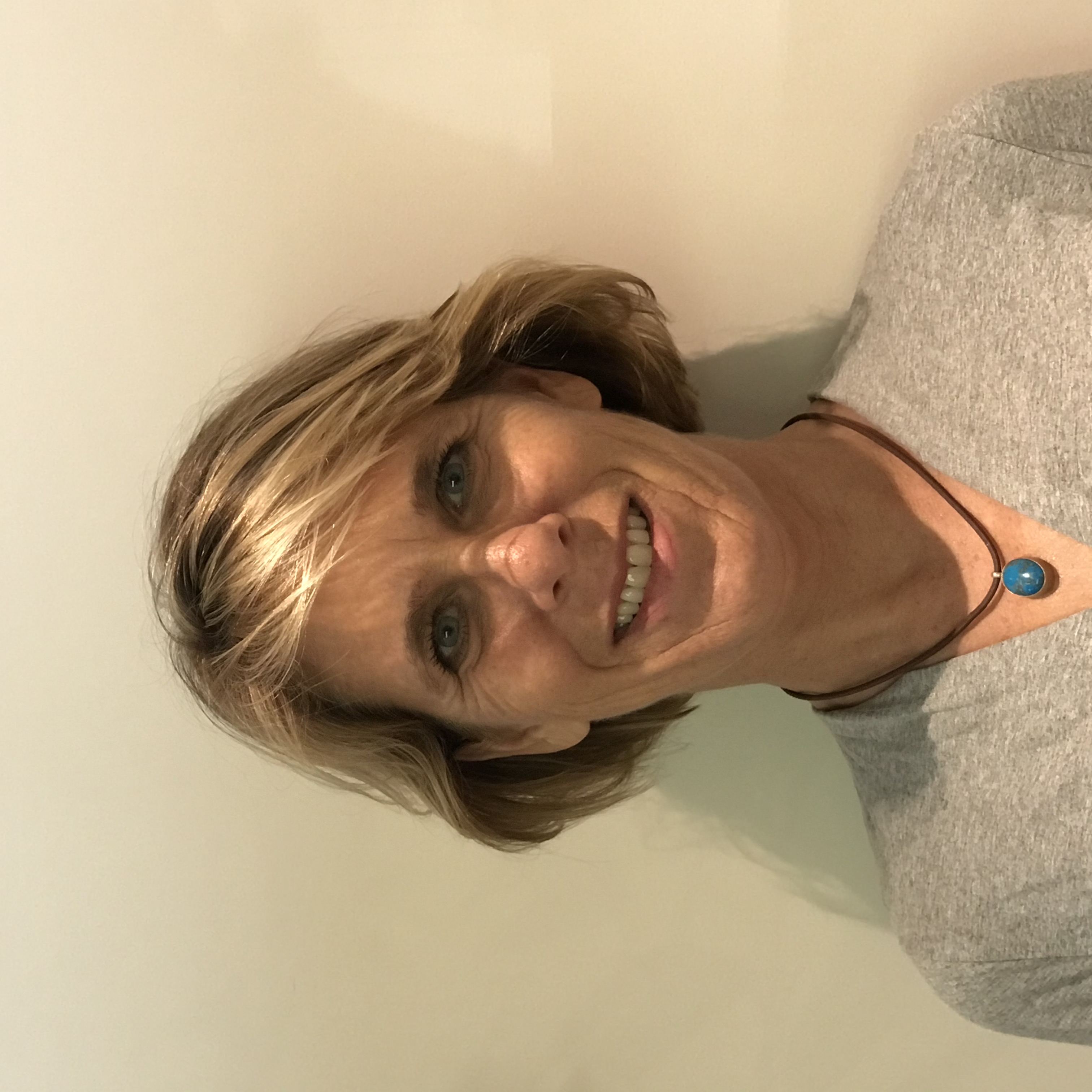 The BPCRB usually meets in the BART Board Room, which is located in the Kaiser Center 20th Street Mall, Third Floor, 2040 Webster Street, Oakland, CA. Regular meetings are generally scheduled for the second Monday for each month at 4:00 PM. In case of an occassional change to the meeting schedule and/or meeting location, it is advisable to check the agenda of the meeting you plan to attend. Agendas are posted below prior to each meeting, as well as on the "Agenda & Minutes" section of the Board of Director's webpage.

Directions to the BART Board Room

Pursuant to Govt. Code §54953.5, the audio recording of the open session portions of this public meeting shall be subject to inspection pursuant to the California Public Records Act (CPRA). Requests for information under the CPRA should be filed with the BART Office of the District Secretary.

Download the BART Police Citizen Review Board's Reports to the BART Board of Directors: