BART plans to test replacing some existing advertising posters with more modern digital screens to increase revenue to support BART services.  If fully implemented, the plan will eventually  increase revenue by at least $1 million per year.  The screens will display a mix of advertising, news, weather, and BART announcements. View a video sample of what the screens will show.  The screens would not have sound, and the graphics will have only limited motion.

The plan calls for screens to be located at downtown San Francisco BART stations -- Embarcadero, Montgomery Street, Powell Street, and Civic Center/UN Plaza.  At each of these stations, there will be a total of six screens, spaced occasionally along the 1400 feet of platform walls. The screens would be 82" LCD displays, and each screen would replace two existing poster ads. See photo below. 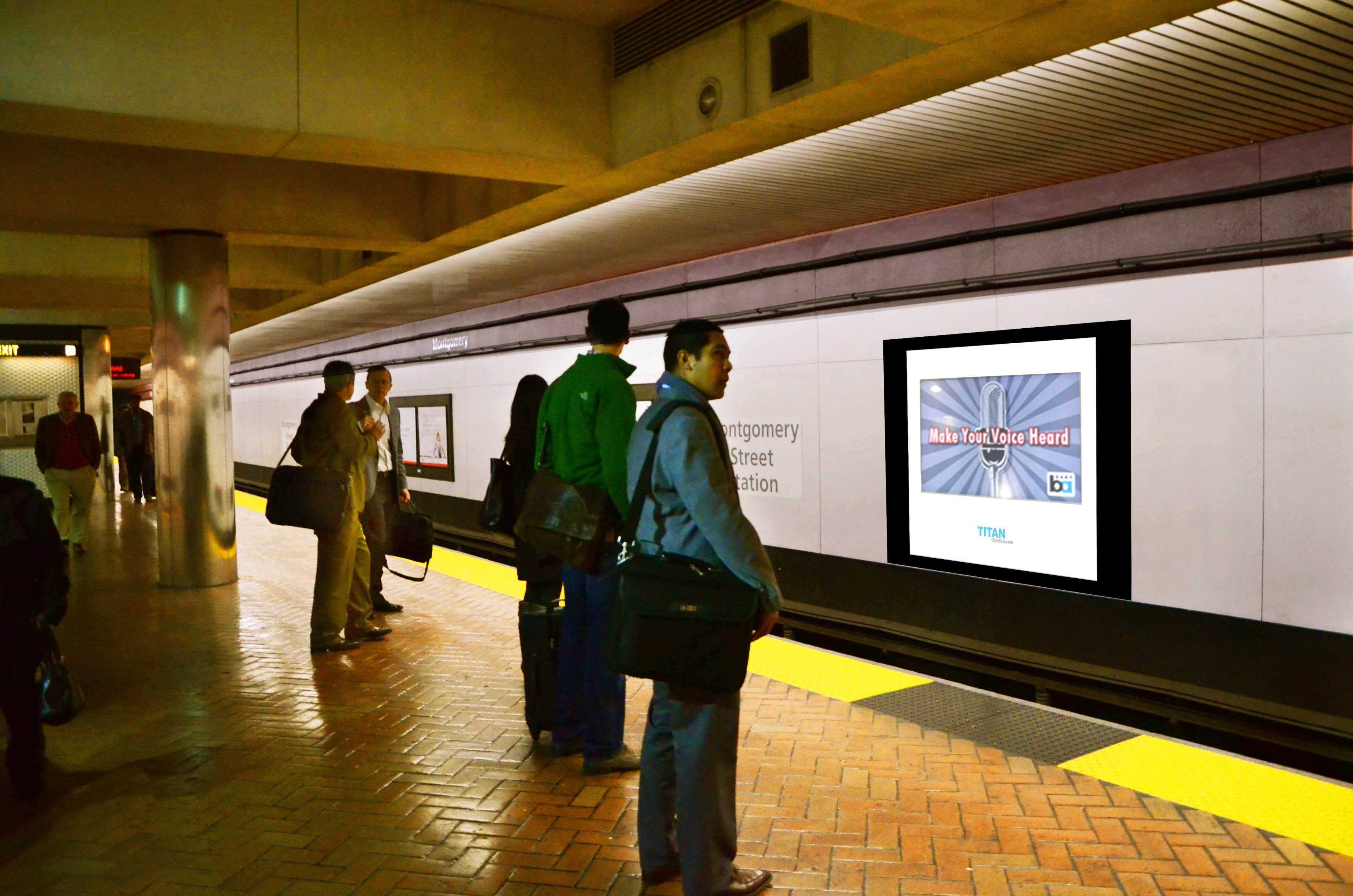 By the summer of 2013, BART plans to have one screen installed as a test.  At that time, BART will survey riders to obtain their feedback before deciding whether or not to proceed with the balance of the program.