BART Police has released a sketch of the suspect in the March 14th fatal Richmond Station shooting and is seeking the public’s help in identifying the suspect and his whereabouts.

At around 6:04 pm, a shooting took place in front of the Transit Office at the Richmond BART station and continued to the top of the stairway leading into the BART station killing 34-year-old Raymond Harris, of San Pablo.  The sketch of the suspect was provided by a witness.  The shooter was described as a Black male in his early-mid 20's, about six feet tall with a slender build, medium to dark complexion, wearing dark clothing with possible tan shirt underneath.  The suspect may have also been wearing a gray baseball cap with "Buffalo Bills" printed on it written in red/blue.

BART police also released surveillance images of a woman who arrived at the station with the suspect, walked away momentarily right before the shooting occurred, but then returned after the victim was shot and fled on foot with the suspect.  She is described as a Black female, about 5 feet 6 inches with a slender build, medium to dark complexion, with long hair past her shoulders with bangs, and wearing a gray long-sleeved top, blue jeans and carrying a large red or pink handbag. See sketch and images below.

"Our top priority is safety in and around our system,” said BART Police Chief Kenton Rainey.  “We need the public's help in identifying the suspect and his associate to bring justice to the victim's family and the community.  This was a brazen crime, committed during the rush hour commute and we are committed to following up on every lead to solve this case and help keep the community safe."

The public is asked to call BART Police with any information about this shooting at 510-464-7000. 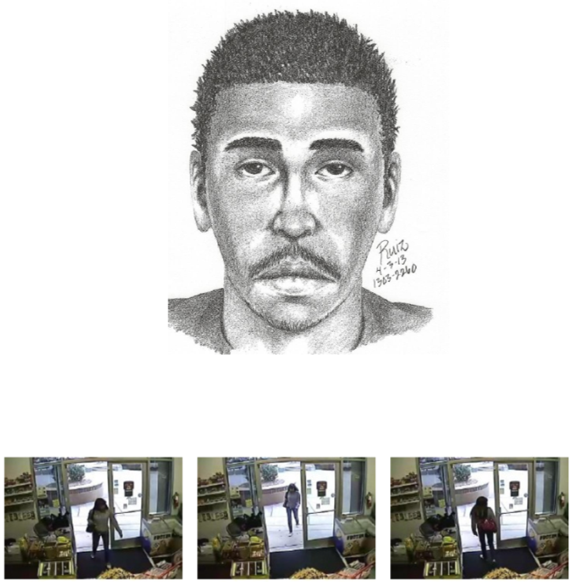