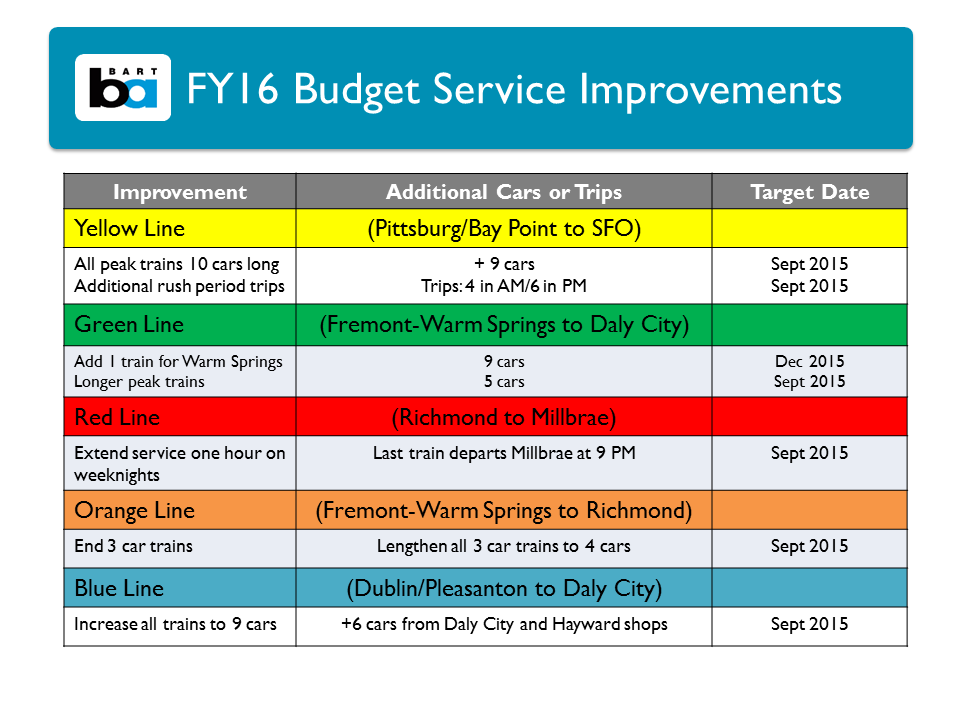 With record ridership stretching BART resources as never before, the Board of Directors voted today to direct money to initiatives designed to increase train passenger capacity and to improve on-time performance.

“Until the new Fleet of the Future train cars begin to be phased into service over the next few years, we need to be creative in finding ways to meet our customers’ needs now,” said BART Board of Directors President Tom Blalock. “This budget does that. With these new investments, we’ll squeeze more capacity out of our existing rail cars, tackle some of our recurring reliability issues and even invest in keeping trains and stations cleaner.”

The budget funds changes that are designed to produce 30 more train cars in service during peak periods and adds 16 train trips each weekday.

This is accomplished by:

Each line will see service improvements:

The budget also includes money to boost on-time performance by:

Other noteworthy projects include:

The FY16 $1.57 billion budget (operating and capital) assumes revenue from a January 1, 2016 inflation-based 3.4% fare increase to help fund the system's extensive capital needs. The fare increase is scheduled as part of multi-year Inflation Based Fare Increase Program. This money is dedicated to our highest priority capital needs including new rail cars, an automated train control system, and an expanded maintenance facility.