BART carpet: Like wool seats, another relic gone for good

BART carpet: Like wool seats, another relic gone for good 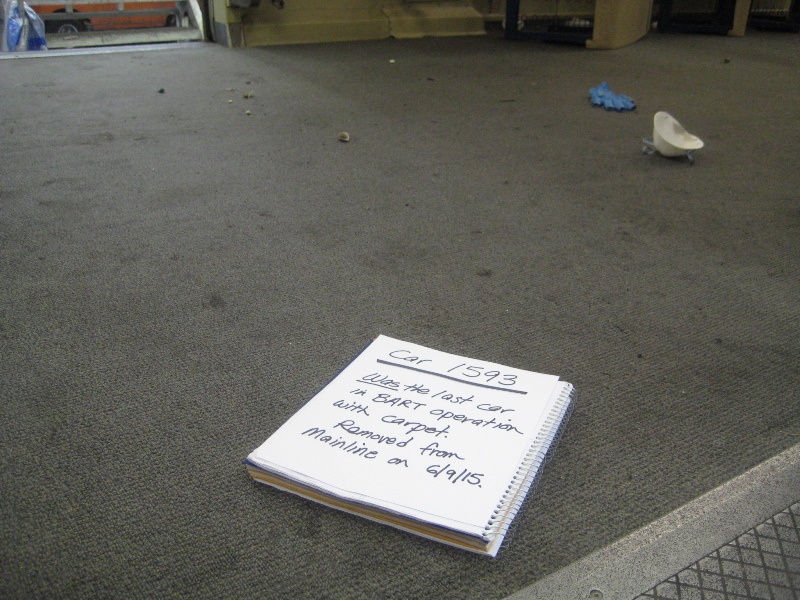 Not many people had a soft spot for carpet on BART. The floors of BART train cars for 40-plus years were one of the few in public transit, covered in a bluish-grayish carpeting.  This summer, the last of the carpet was ripped out and replaced with easy-to-clean vinyl flooring.  Let us be the first to say, good riddance.

The official last car in operation with carpet, Train 1593, was removed from service in June and given its makeover along with other maintenance and put back into service later that month.  Now that the entire floor replacement project has come to completion, it means more cars are available for service since they won’t be tied up in the shops for the work. 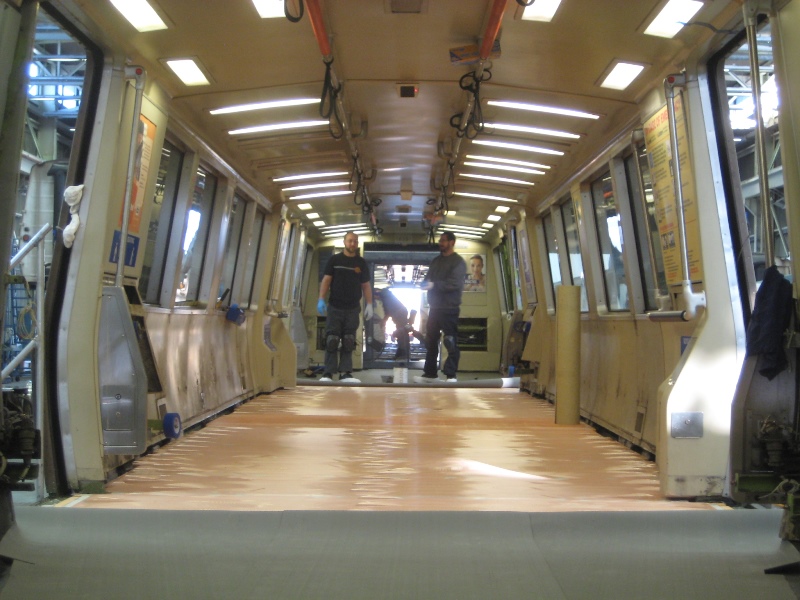 BART began replacing the carpet in 2008 with funding for 200 cars.  As more funding became available the project expanded.  The latest project was to complete 389 cars, which would provide enough carpet (specifically it was Mohawk carpet, pattern and color #29100) to cover nearly five NFL fields, or nearly 43 NBA courts (each train car has 612 square feet of carpet).  Our hardworking crews streamlined the process along the way and successfully increased production from completing one car per week to three.  When the project began BART used a spray-on hard rubber type surface but then later switched to rolled out vinyl.  Both options can be found on our current fleet. The new floors complement our new vinyl seat covers. The project to replace all wool seats with easier to clean material was completed in December of last year. The Fleet of the Future will also have easy to clean floors and seats.

Back in the early 1970’s a carpeted train car might have made sense for a new transit agency trying to lure commuters with a deluxe, seat-for-every-passenger, new way to get to work.  More than 40 years later, and with ridership at 420,000 trips a weekday, carpeted train floors were just another reminder of our aging system. 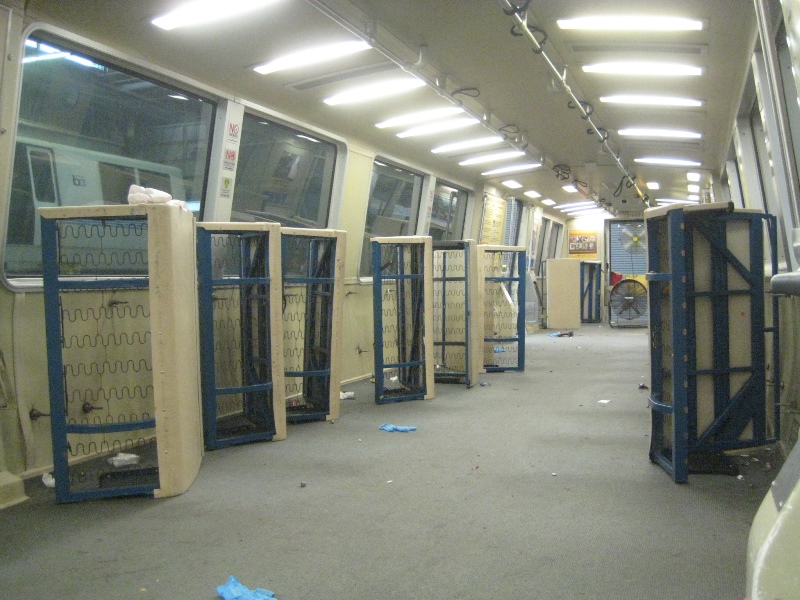 Jeff Baker, Assistant Maintenance Superintendent notes the change to vinyl makes cleaning easier and cheaper.  The carpet needed to be machine-scrubbed and deodorized frequently.  “Now, whatever spills and debris that gets left behind during revenue service can effectively be cleaned and the overall car appearance can be brought back to standard each day,” Baker said.  “Our cleaning crews can easily sweep debris out from under the seats which slides easily on the vinyl flooring and the surface provides assurance that proper sanitation can occur.”

There was overwhelming public demand and support for the new flooring. “We have experienced a dramatic drop in complaints about the condition of the fleet flooring as a result of the replacement of the carpets,” Baker said.  “Our riders have responded through the Passenger Environmental Survey, we are seeing the highest ratings for car interior appearance since we introduced the survey program.”

With the carpet gone for good, it’s now just a memory to pass down to youngsters or visiting tourists, like an urban legend, only true. "Remember back when they had CARPET in the subway? Only in San Francisco!"

*Up next at BART...new elevator floors.  Click here for more details.