One down, one to go -- Transbay Tube shutdowns for vital maintenance, that is.

The August 1-2 shutdown of the Transbay Tube yielded some immediate benefits, but the full impact won't be felt until 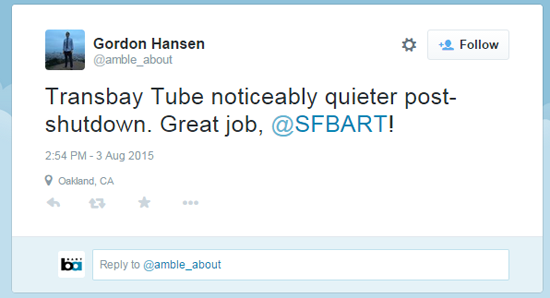 several months after the Labor Day weekend shutdown occurring September 5-7, 2015. "A tremendous amount of work was accomplished during the first shutdown, and we’ve heard some good feedback from riders about how they have noticed a quieter ride," said BART Spokeswoman Alicia Trost.  “Even after the Labor Day shutdown, crews still have several more months of work to do during the overnight hours until the full benefits will be realized.”

Among the work done during the August closure:

* 6,500 ft. of rail replaced in the Transbay Tube, the largest ever single track replacement job at BART

The rail replacement and grinding in the Transbay Tube, in particular, resulted in reduction of a sound that has been compared to banshees, screech owls, or Doctor Who's TARDIS run amok.

Riders took to social media with their comments.

BART isn't celebrating just yet, though. The Labor Day weekend shutdown will present new challenges, and staff will apply lessons learned from August to fine-tune the service plan.

The two Transbay shutdowns are the largest and most demanding of multiple rail replacement projects that will continue in other sections over the coming months and years.

"You're never really finished with work of this nature," said Chief Maintenance & Engineering Officer Tamar Allen said. "With 104 miles of track, and more to come in upcoming extensions, rail maintenance is a continuous, never-ending job. Our hope is that these bigger events will help keep it down to work that can be done mainly after business hours in the future." 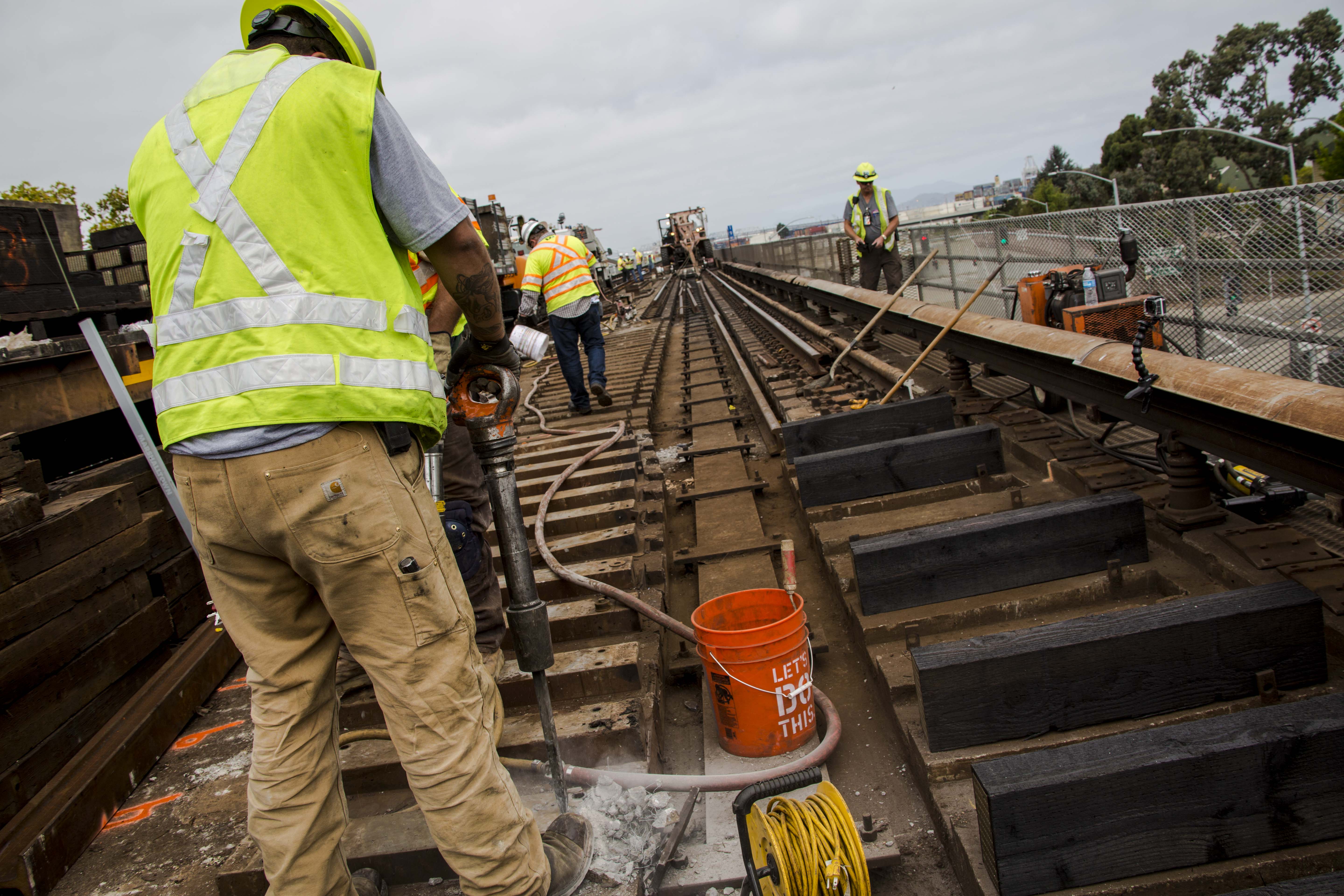