One year marks one million rides on BART to OAK

One year marks one million rides on BART to OAK 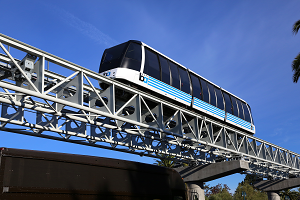 November 21 marks one year of active service for the automated BART to OAK line between Oakland International Airport and Coliseum Station.  Coincidentally, it is also expected to reach the one millionth passenger trip milestone at some point this weekend – a sign of its tremendous success and growing reputation among riders.

"The BART to OAK line is clean, modern and convenient for riders," said BART spokesperson Jim Allison. "Based on feedback from our riders both in surveys and on social media, they agree and appreciate just how quick the ride is."

BART to OAK’s popularity was quickly made apparent, with a 36.5% increase in ridership compared to the AirBART shuttle bus previously serving as the link between BART and the airport.  A constantly growing daily average of 3,300 entries and exits highlights the importance of a rail connection to air travel – especially as Oakland International continues to experience large increases in passenger traffic alongside expanded service routes.

Oakland Airport spokesperson Keonnis Taylor said, “The airport is delighted to be celebrating our first year of partnership with BART by also commemorating the one millionth BART to OAK passenger. It’s an exciting way to begin the holiday season, and to continue the trend of growth the airport has seen this year.”

As 2015 wraps up, BART is again expecting a significant increase in airport passengers during the holiday season.  To help travelers, BART will be making an additional 400 long-term airport parking spaces available systemwide for this year’s holiday season – so if you’re planning on traveling far away to see loved ones, BART has your transit needs covered.