The Bay Area will become the center of the football universe beginning January 30 as the region hosts Super Bowl 50 and, whether you follow every NFL game or don’t care to know a huddle from a cuddle, the big game will mean changes for BART customers.

We’ve put together a playbook to help guide you through the nine days of events.

The Super Bowl itself, the NFL’s championship game, is Sunday, February 7, at Levi’s Stadium in Santa Clara but, for most BART riders, the focus will be on two events near Embarcadero Station.

Super Bowl City, a free fan village, will be located at street level above Embarcadero Station and centered in Justin Herman Plaza. Super Bowl City opens January 30 and winds down February 7. The venues will be open from 11 am to about 9 or 10 pm.

During Super Bowl City BART will close the Embarcadero Station entrance/exit to Market Street near Spear Street, with the exception of 6:45 am to 9:45 am weekdays from Feb. 1 through Feb. 5.  We apologize for the inconvenience but the decision to close this was made in the interest of safety. The other five entrance/exits at Embarcadero will remain open during all business hours.

The NFL Experience is a ticketed event at the Moscone Center, a couple of blocks from both Montgomery St. and Powell St. stations and it also runs from Jan. 30 to Feb. 7. It will be open from 10 am on weekdays and close at 10 pm.

LONGER TRAINS AND EXTRA STAFF TO HELP WITH CROWDS 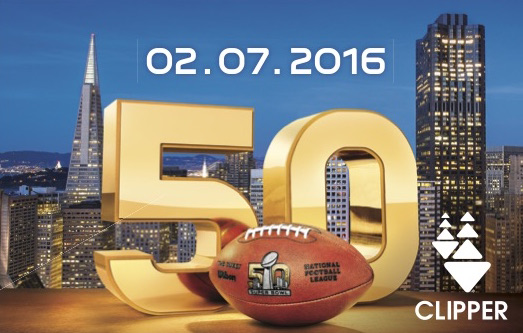 Parking, already in high demand at BART stations, will be even harder to find. Unless you already have a monthly parking permit, you are strongly encouraged to avoid driving yourself to a BART station and to instead choose one of the other options if it’s too far to walk:  use transit connections, bicycling, carpooling or getting someone to drop you off.

Now, here’s more specific information depending on the purpose of your BART trip:

Yes, BART will run longer trains but, as regular riders probably know, not all trains can be 10 car trains. With perhaps tens of thousands people attending the Super Bowl events in downtown San Francisco, the crowded car survival guide is more useful than ever.

We suggest buying a round trip ticket or using Clipper card to avoid ending up in a line at the ticket machine; three special limited edition Clipper cards commemorating the Super Bowl will be issued. Again, unless you already have a monthly parking permit, don’t bank on finding a parking spot at one of the BART stations with lots or garages. 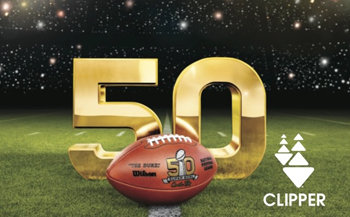 Embarcadero Station is expected to be even more congested during the week than normal. If you can be flexible in your schedule, it might make it a bit easier.  One final tip: sign up for BART Service Advisories.

If you’re new to BART or an infrequent rider, you’re sure to find useful information in our rider guide. It’s best to know how much your fare will cost and to buy a round trip ticket when you start your trip on BART. Super Bowl City will be at street level above our Embarcadero Station. For the NFL Experience, use the Montgomery St. or Powell St. web pages to map your trip from BART to the Moscone Center.

33 of our stations have parking but you shouldn’t count on finding a parking spot. Instead, choose one of the other options if it’s too far to walk: transit connections, bicycling, carpooling or getting someone to drop you off.

If you need more information, please contact us; our transit planning hotline is 510.465.2778 and other ways to contact us can be found here.

YOU’RE FLYING IN FROM OUT-OF-TOWN 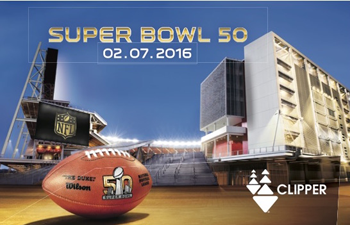 An additional piece of advice for those traveling through SFO and OAK: ensure that you buy a BART ticket that covers your full fare.  If you get to your destination and find you didn’t pay enough to exit, our “add fare” machines will only accept cash.

YOU WANT TO TAKE PUBLIC TRANSPORTATION TO LEVI’S STADIUM

BART doesn’t directly serve Levi’s Stadium in Santa Clara but we can still help you get there. You can take BART from anywhere we serve to Coliseum Station and connect to Capitol Corridor, an intercity passenger train system whose Santa Clara/Great America AMTRAK station is within view of the stadium. Select Dublin/Pleasanton-Daly City trains will be coordinated with the Capitol Corridor timetable.

Another option is to take BART to Fremont, where the Santa Clara Valley Transit Authority has bus connections to Levi’s Stadium. BART will run long Richmond to Fremont trains on Super Bowl Sunday to connect to VTA.

NOTE: If you're headed to Super Bowl City, make sure to review the list of items that are NOT allowed or are allowed in Super Bowl City before you get on BART -- or you might end up having to leave some of your stuff behind just to get in!

The following items are prohibited from bringing into Super Bowl City:

And the following items are ALLOWED:

Read more about the screening process at http://www.sfbaysuperbowl.com/wp-content/uploads/2016/01/SBCity_Screening-Process.pdf