* Subsequent to this article, the BART Board voted on April 28, 2016 to reject all bids for this contract due to an issue in the bidding process and to re-advertise the contract. *

BART is restoring Powell Street Station to its showcase status thanks in part to a Board vote today to upgrade the ceiling at the station, a downtown San Francisco transit hub that’s endured 43 years of daily use and an asbestos removal  project.

“This project is in line with our state of good repair efforts to keep our system operating well and improve the customer experience,” said BART Board President Tom Radulovich. “Powell Street is our third busiest station and is especially high profile because it’s used by thousands of visitors a day coming to enjoy shopping, restaurants and all the other cultural attractions nearby.” 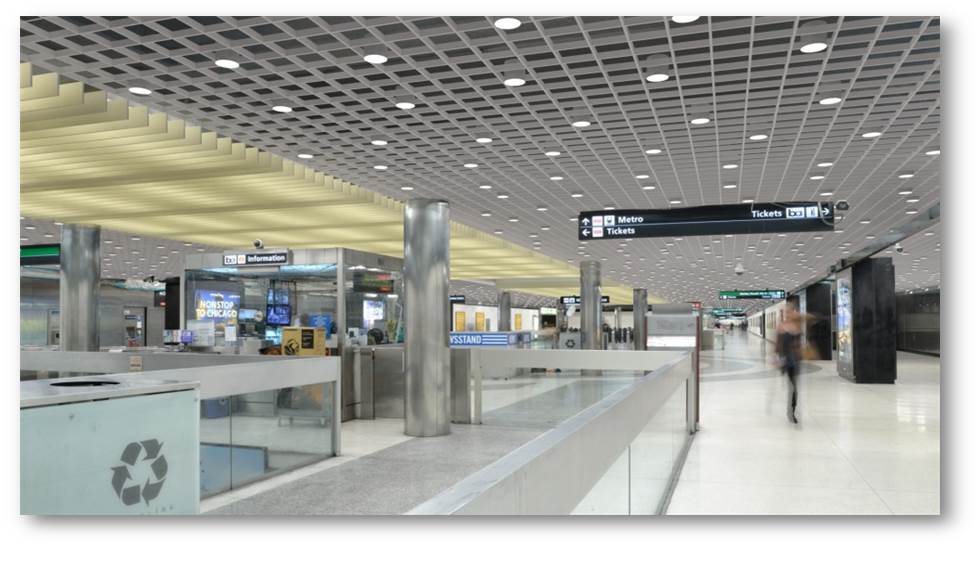 An average of about 64,000 passengers use the BART portion of Powell Street each weekday. The station also houses a Muni Metro station.

The ceiling upgrade project is expected to begin this June  and be completed about one year later.

California Proposition 1B funds will pay for the ceiling upgrades.

This project is part of BART’s Station Modernization Program to invest resources and efforts into the existing core stations and surrounding areas to advance transit ridership and enhance the quality of life around the stations.