BART is moving forward with purchasing custom made rail dampers to help cut the noise level at what has been one of our loudest stretches of track- between Balboa Park and Daly City.  These dampers, made of steel and rubber, physically clamp onto the rail every 30 inches and help lessen the vibration that causes the well-known screeching noise when trains travel over the track. On Thursday, May 12, 2016, the BART Board of Directors approved the purchase of over 4,000 dampers to cover 3,000 feet of track between Glen Park and Daly City and 840 feet of track near the West Oakland Station at a cost of $617,844, covered mostly by grant money.

In 2012 BART installed dampers on a curved section of track on the aerial guideway between North Berkeley and El Cerrito Plaza stations. “The impact has been noticeable,” said Greg Shivy, Principal Track Engineer at BART. “Not only is the ride quieter by an average of several decibel points and noise complaints down, but the need to grind the rail to smooth it went from twice a year to once every four years.  Less grinding also extends the life of the rail.”

Crews will install the dampers near Balboa Park over Labor Day weekend when BART plans to shut down a section of track for vital repairs as part of our rebuilding and rail replacement program.  West Oakland installation will occur later in the year and will not require a track shutdown.

Rail corrugation is a root cause of noise.  The way train car wheels interface with the rail causes corrugation. When trains pass over the corrugated track there is vibration and the result is a high pitched screeching sound.   Crews use a rail grinder when our system is shut down at night to smooth the corrugation to reduce noise.

To help explain how the damper works Shivy says, “The rail is like a guitar string and when a train wheel passes over it, it vibrates. The damper is like your finger when placed on the guitar string- it helps stop the vibration. Less vibration means less noise, and that is a good thing for our riders and those who live near our tracks.”

“The cost to purchase and install the equipment is $1 million per mile, so we can’t do the entire system,” Tamar Allen, Chief Maintenance and Engineering Officer told the Board.  “Instead we are targeting the nosiest areas and will evaluate the success and the cost benefit of not needing to grind rail in those spots as frequently to determine how to move forward.” 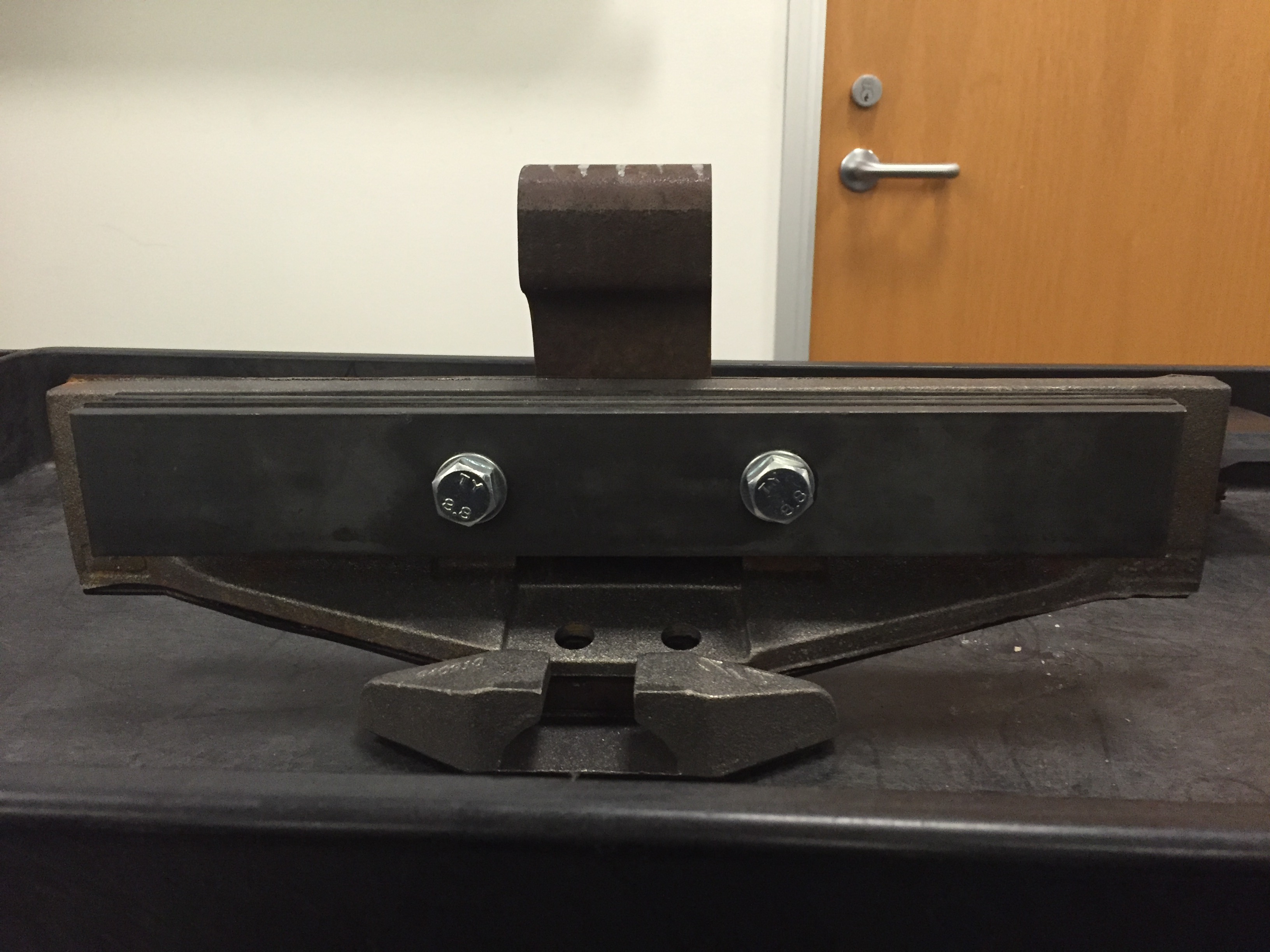