BART mechanics bring train cars back from the dead

BART mechanics bring train cars back from the dead 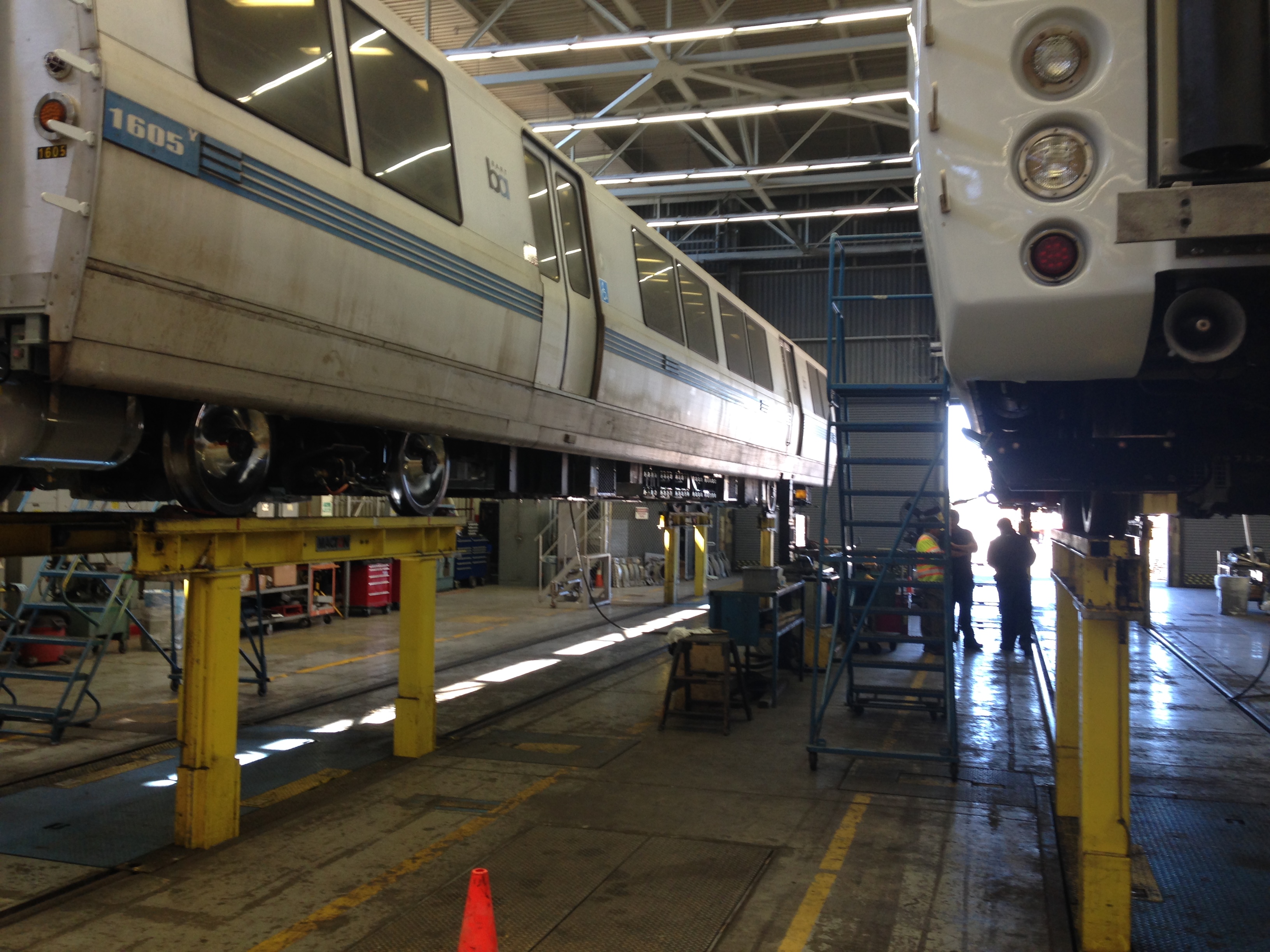 BART mechanics and engineers at the Hayward and Richmond maintenance yards have faced some big challenges when it comes to repairing damaged cars.

But even those experienced workers had their work cut out for them when they tried to save two cars that were so badly mangled that many thought they would just be scrapped for parts.

These two cars are the last to be resurrected as part of an effort that started in 2014 to get all sidelined cars into service.  The purpose is to have as many cars as possible available to address crowding and to ramp up in anticipation of the opening of the Warm Springs Station this Fall. 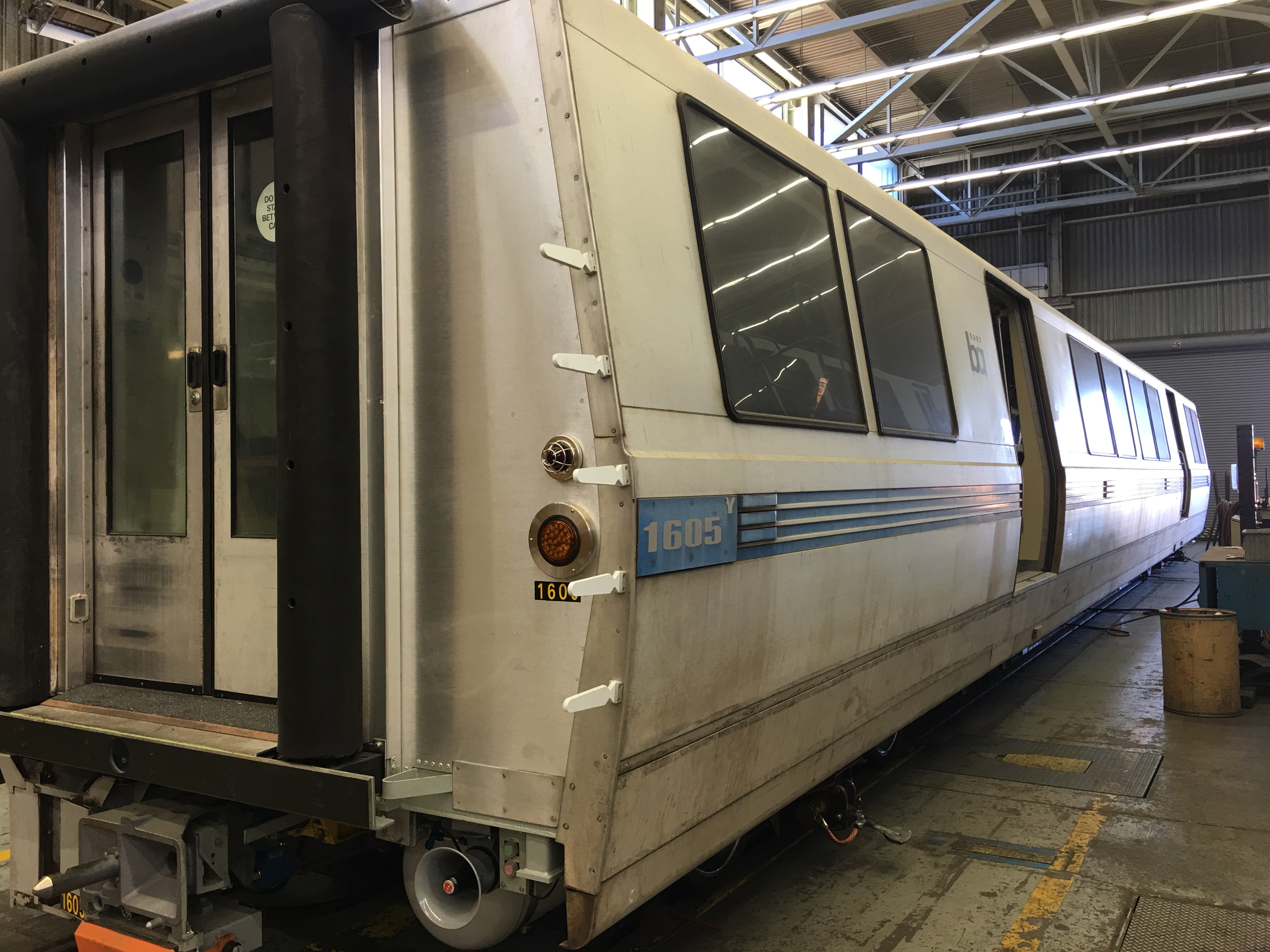 One of those cars (1605 pictured here) had been out of service since it was involved in a derailment in Concord more than five years ago (March 2011).    “The car had an obvious twist in it,” said John Allen, a transit vehicle mechanic at the Hayward repair shop.

“We had the floor out, most of the structural beams out.  We had to replace each beam so the car didn’t turn into a noodle and twist up any more than it was,” said Allen.

Undeterred, a team of three mechanics and an electrician worked on the car every day for about six months to complete the extensive repairs.  Many of the replacement parts were fabricated in the BART maintenance facility.

“It was quite a challenge but I knew from the get-go we could do it,” said Allen.  “We have some real talented guys that are more than just mechanics, they’re fabricators, they’re welders, jacks of all trades so I knew we could do it.  We have the parts, we have the technology.”

That know-how was put to the test again with a car *pictured below) that was severely damaged when it caught fire in Orinda in 2013. 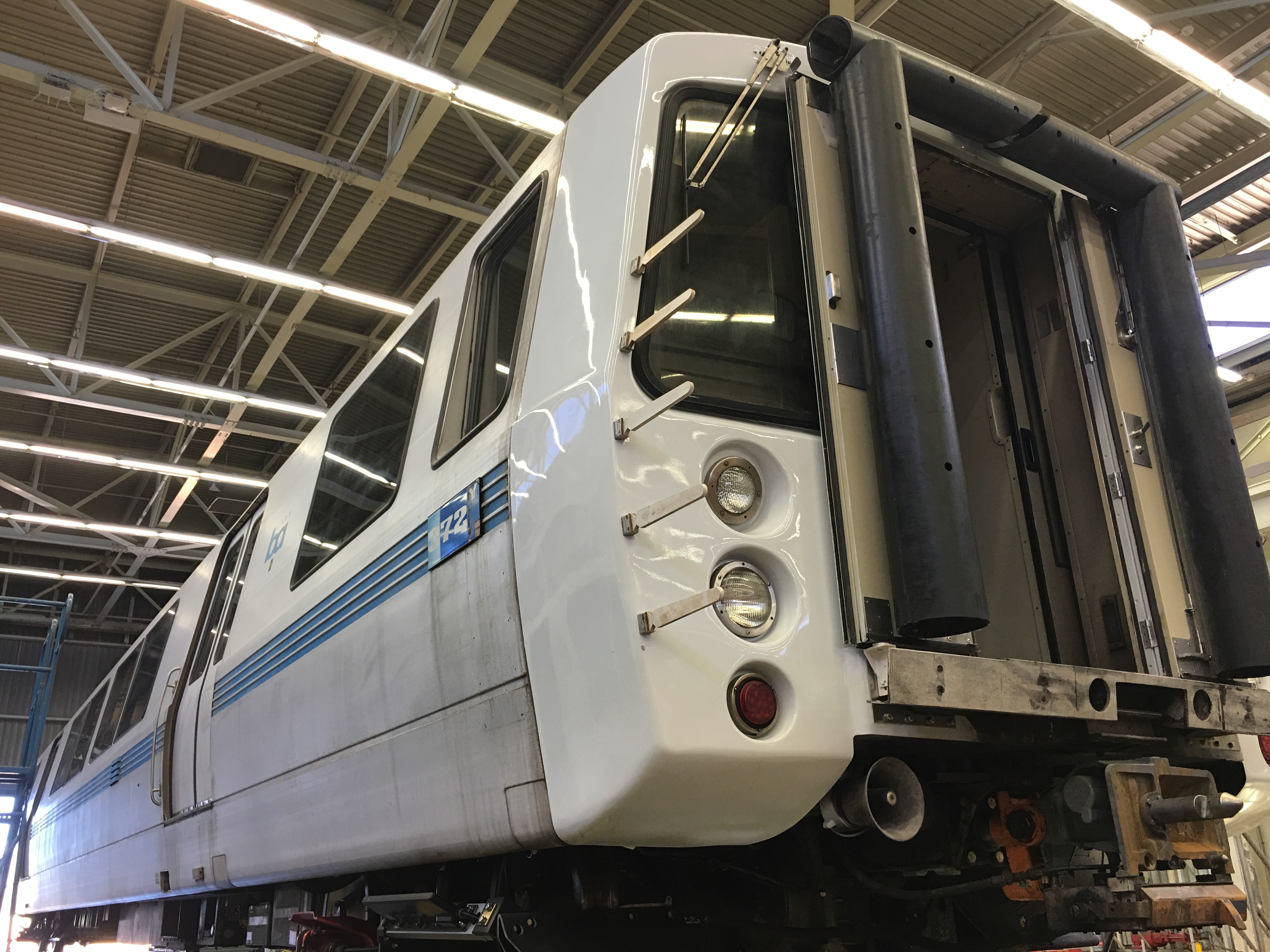 The fire was so intense that it melted an eight-foot long section of the floor completely off the train and onto the track below.  At the time, workers had to cut a large mechanical component of the car into three pieces just to move the vehicle.

BART repair teams had never had to replace a large section of the floor of a car until this project.

The floor replacement work alone took weeks and half of the welding had to be done upside down.

But months of effort have paid off.  Both of the severely damaged cars are undergoing inspections and are likely to soon return to service.

“These could have easily been scrapped two or three years ago.  But I think it’s worth 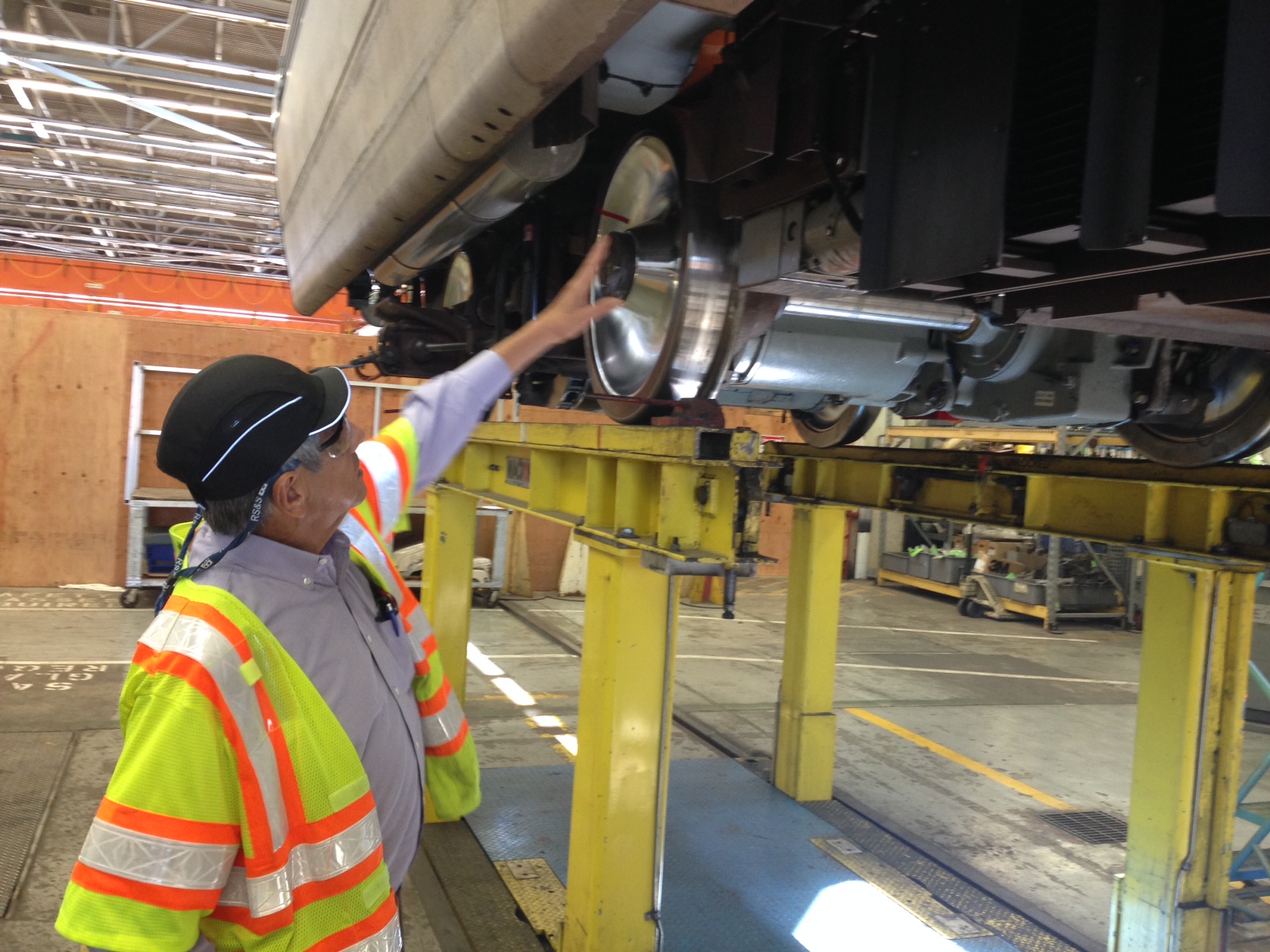 it that we salvaged them and they’ll be good revenue-service vehicles.  They’re going to be as safe as every car that is in the system,” said Jorge Madrigal, a vehicle systems engineer at the Hayward yard.

The Richmond maintenance shop has repaired 9 cars that have been involved in a variety of incidents. The Hayward shop has completed these 2.

Both cars will now undergo testing on the mainline track this month and once approved, will be released for service rotation.

The Lazarus-like effort to bring cars back from the dead comes as BART ridership is surging and the demand for more space for riders has never been greater.

Every BART car can carry up to 140 people. During multiple trips on a typical weekday, a resurrected car could carry some 800 riders.  Every car counts.