To someone who had never seen it before, electricity would likely appear indistinguishable from magic. The way it brings to life all the objects we love and depend on—everything from street lamps, to refrigerators, to the screen on which you’re reading this article—is wondrous.

As an all-electric system, BART harnesses the flow of countless, infinitesimally small electrons to move a gargantuan amount of metal and people everywhere from the hills of Pittsburg to the tunnels under San Francisco. All that weight—nearly a million pounds per fully loaded 10-car train—requires a staggering amount of power to start (and stop).

So how do we tame this electric horse?

First, our power comes from a variety of original sources like solar and natural gas. After we get it from PG&E (but before it gets sent into the electrified third rail), it must be distributed through substations and special cabling at 34.5 kilovolts (kV).  Think of voltage like you would water pressure, with the flow of the water representing the current. This is the essence of electrical power—taking advantage of “flow” between differences in potential energy.

However, there lies a looming problem threatening to grind every commuter, tourist, and traveler to a halt if left unaddressed. 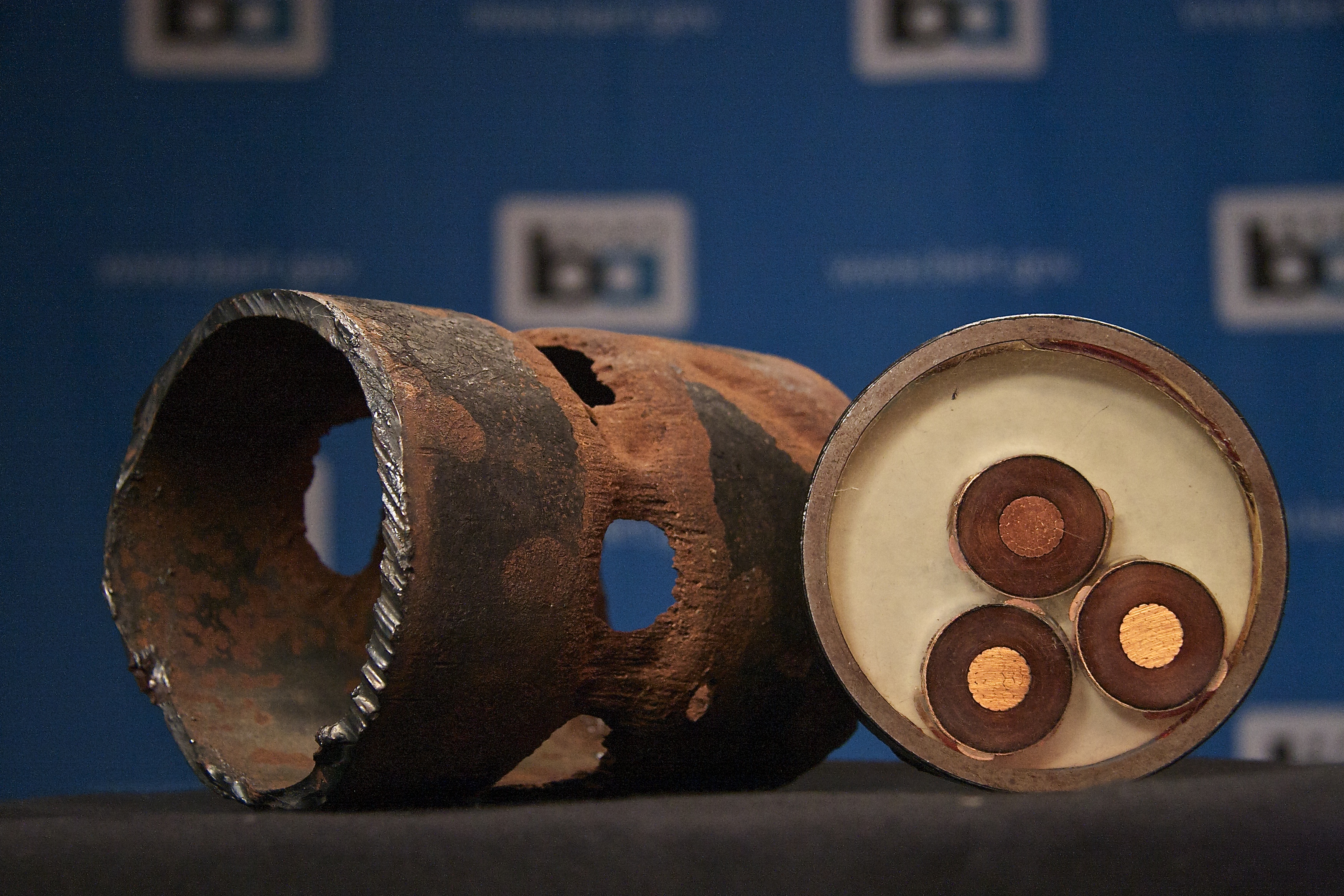 At BART, much of the cabling technology and substations channeling all this energy is outdated and in a state of age-related disrepair.  The 34.5 kV cables themselves don’t even really resemble what the average person would imagine a cable to be: they’re quite large, and encased within nitrogen-filled pipes about the circumference of a grapefruit. The 34.5 kV cables run through these pipes—original hardware dating back to when the system was built.

But like water pressure’s tendency to spring leaks, current persistently seeks to rush from areas of high concentration to low concentration (the “ground”), and can leak through the old pipes.  Over time, this “stray current” can eat away at the already-decayed outer casing via a process called electrolysis. Moreover, because the pipes must be kept under pressure, any hole caused by decay or electrolysis means wasted gas—and the cost adds up! BART has spent almost $90,000 on nitrogen alone over the past fiscal year to keep the gas pressure high enough to insulate the cables in the decaying pipes throughout the system. 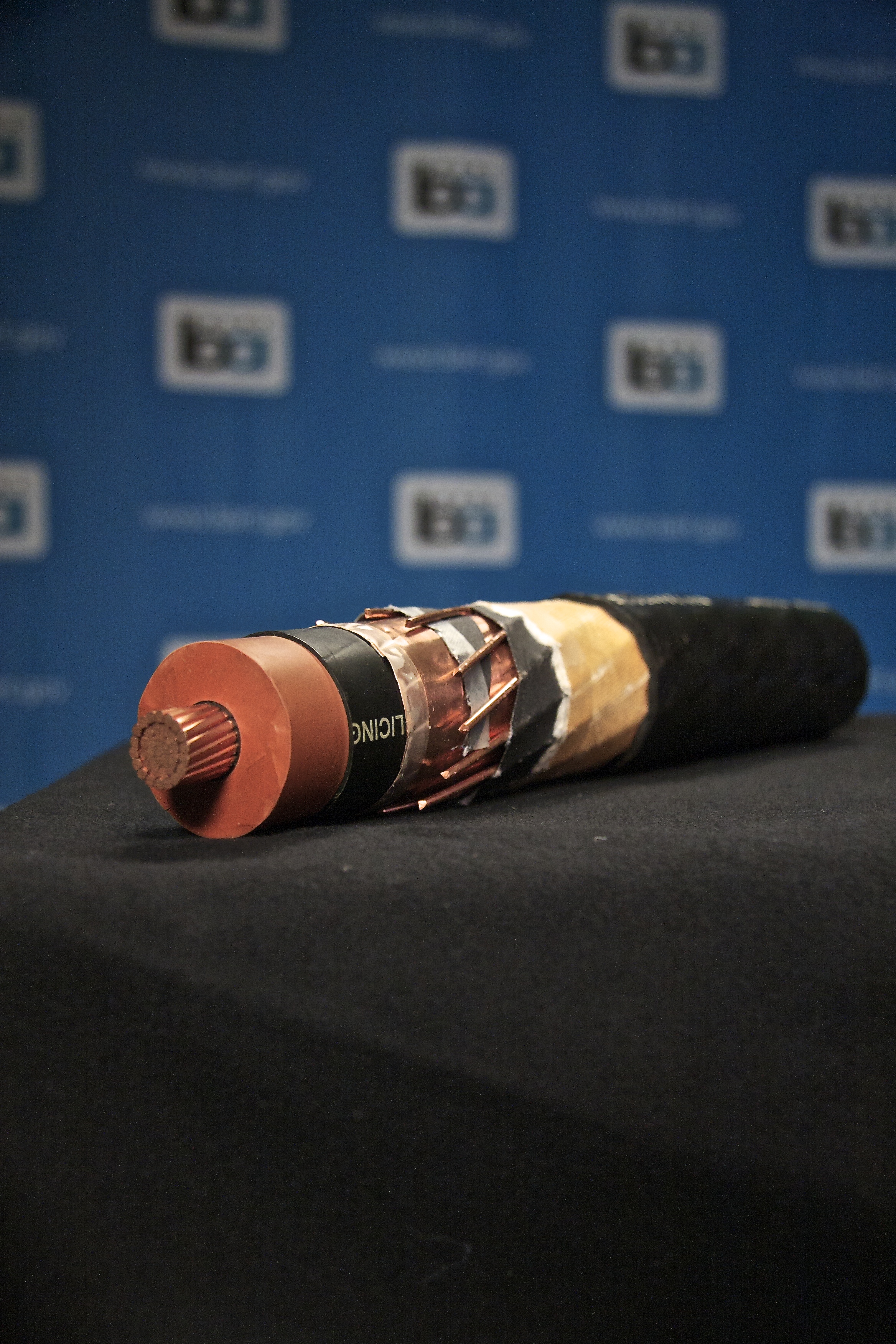 BART needs to replace these pipes, cables (34.5kv), and substations with modern shielded cabling and new distribution hardware so the power can be properly stepped down and fed into the 1000-volt, electrified third rail.  The third rail is what brings power to the train cars, via conductive metal collector shoes skimming along the third rail’s surface.

You can see the difference in the cabling technology in the photo to the left -- compare it to the large pipes in the photo above.

The cost of this project, to replace the nitrogen-filled pipes of yesteryear with modern cabling, is enormous: millions per mile.

That's where this November’s bond measure enters the picture.

Infrastructure bonds are major investments for big projects like fixing our power problem, similar to how homeowners finance a roof replacement. You can patch here and there over the years, but eventually the whole thing must be replaced with equity taken from the home.  Likewise, the bones of BART—things beyond cabling such as eroded trackway and leaking tunnels—are decaying.  Measure RR, if passed, would raise $3.5 billion to help cover the cost of big-ticket repair items, with all the money dedicated by law to these capital improvements and additionally protected by an independent audit committee.

In fact, a full $1.2 billion of the $3.5 billion potentially raised by Measure RR would be slated to go toward rebuilding our power infrastructure.

BART’s plan to rebuild comes just at the right time – and keeping the electric horse tamed is one of our top safety and reliability priorities.

Learn more about the bond measure by visiting bart.gov/betterbart and see our plan to keep you moving around the Bay.