BART carried more than half a million trips on Thursday -- 518,743 to be exact -- making the Golden State Warriors' 2017 NBA Championship victory parade the fifth-highest ridership day in our history.

We want to thank our riders, our employees and all of Dub Nation for making it a successful and safe day.

Thursday's number was down about 5 percent overall from the Warriors' parade after their championship victory in 2015. Thursday's ridership was an increase of about 27 percent from the ridership seen on a baseline Thursday without special events.

Data show the public heeded our advice to avoid the smaller Lake Merritt Station and instead used 12th and 19th, relieving some crowding.  Data also show riders left earlier, helping spread out ridership during the commute.

Early Start to the Day

For a recap via social media, check out our Storify! 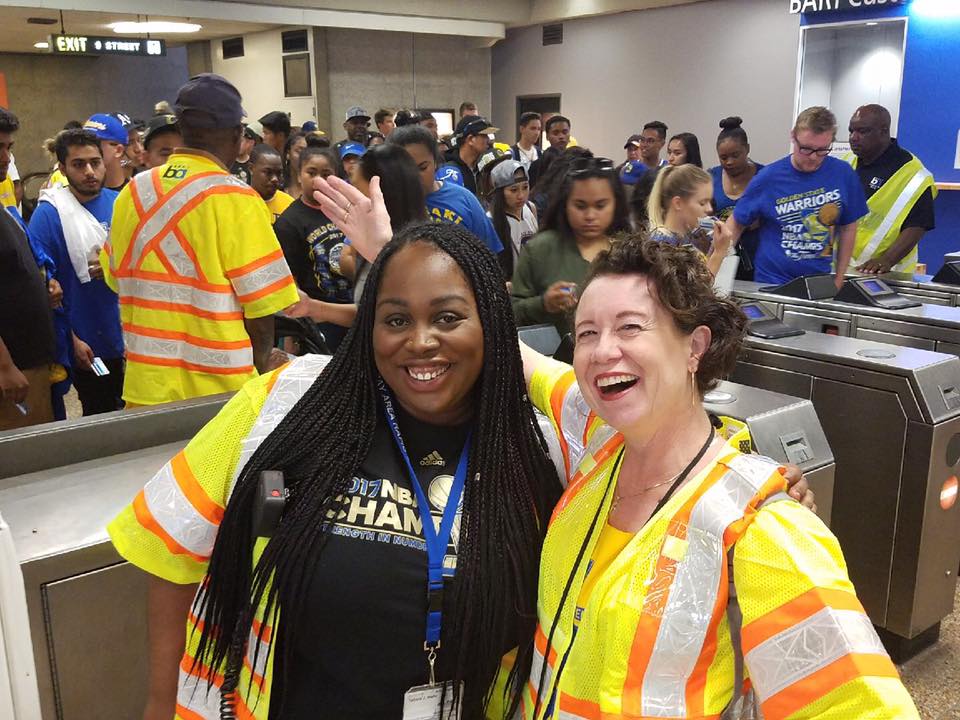