The BART Police Department has reviewed surveillance video taken aboard a Dublin-bound train Saturday afternoon which corroborates the initial report from a BART rider who told police a suspect gave her a threatening note demanding that she hand over her wallet and phone.

Video from the train shows the suspect was seated behind the victim who was sitting alone.  The suspect, who was also alone, is seen reaching over the victim’s shoulder which is when the suspect may have dropped the note.  The note told the victim there were two guns pointed at her and that she should hand her wallet and phone to the person behind her without turning around.

The victim responded by faking a medical problem to attract attention from her fellow riders.  At least two fellow passengers responded by going over to check on her.  At that time, the suspect got up and exited the train at the Powell Street Station.

There is no indication from the video the suspect was armed with any weapons.

BART is releasing images of the suspect who is described as a white female, possibly in her 30’s with long strawberry blonde hair.

BART Police investigators are continuing to process video both from inside the train and Powell Street Station.  Anyone with information on the suspect should call BART PD at 510-464-7040.

9/16/17, 1651 hours A female patron reported that she was handed a note while on a Dublin bound train. The note told the patron that there were guns pointed at her, and that she should hand her wallet and phone to the person behind her, without turning around. The victim faked a medical problem to attract attention and reported the incident to police, but did not want to speak to an officer. The victim later contacted an officer in Oakland and provided more information. The victim was not sure who handed her the note, and did not see anyone with a weapon. The victim thought the person sitting behind her on the train was a white female, pulling a suitcase. Officers checked Civic Center Station, but did not locate anyone matching the suspect description. The victim declined to press charges if the suspect was located. 1709-1054 L18 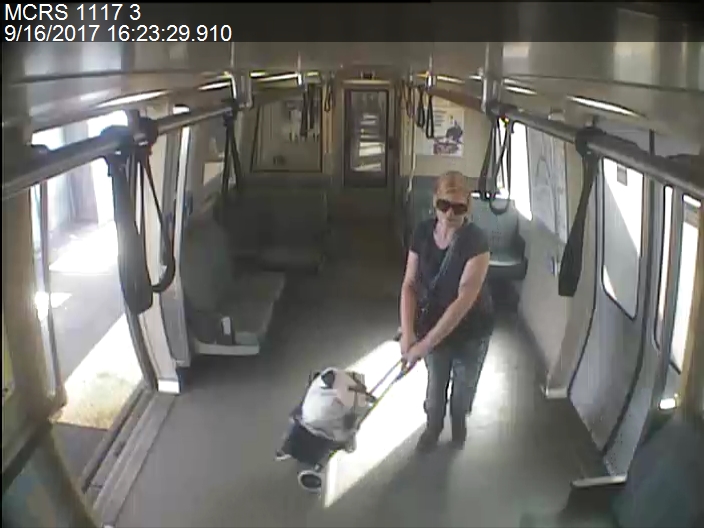 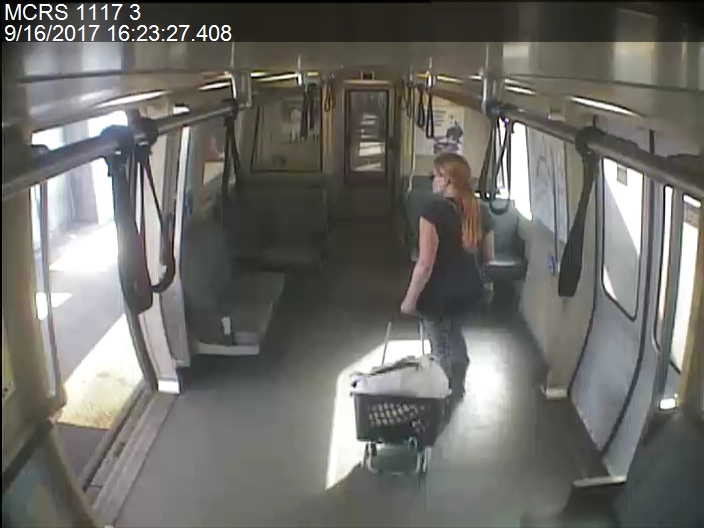