Last year in August, BART announced a design breakthrough hailed as music to our riders’ ears: a small change in the way train wheels contact the rails that our engineers hoped would make a big difference toward reducing noise. By slightly tapering the wheel profile using the latest simulated modeling techniques, we hoped to reduce metal-on-metal contact and its consequences.

Fast forward to today and the results are in: the new, reduced-contact wheel profile has shown as much as a 15 dB decrease in interior noise on the current fleet. 15 fewer decibels may not sound like a big jump, but remember that decibels—like the Richter Scale—are measured logarithmically, not linearly.  As shown in the graphic below, a 15 dB decrease is many times quieter than before, and with the new train cars’ micro-plug doors passengers can only expect things to get better.

Now with the plan for the wheels taken care of, we’re ready to take things to the next level.

Wheels are only one half of the screech equation. The rails themselves can also be optimized to work with the new profile, reducing noise even further through a program of custom rail grinding.

Currently, we do surface grinds to remove the effects of corrugation—a pattern of wear caused by acceleration or deceleration of the traditional BART train wheels, known to cause unpleasant sounds. The rail optimization plan will take place during maintenance hours overnight over approximately five years. There will be three phases, with six grinding passes per phase over the entire 235-mile system.  That’s roughly 4,000 miles of rail grinding between now and 2022, about the same distance as a drive from San Francisco to Chicago and back. 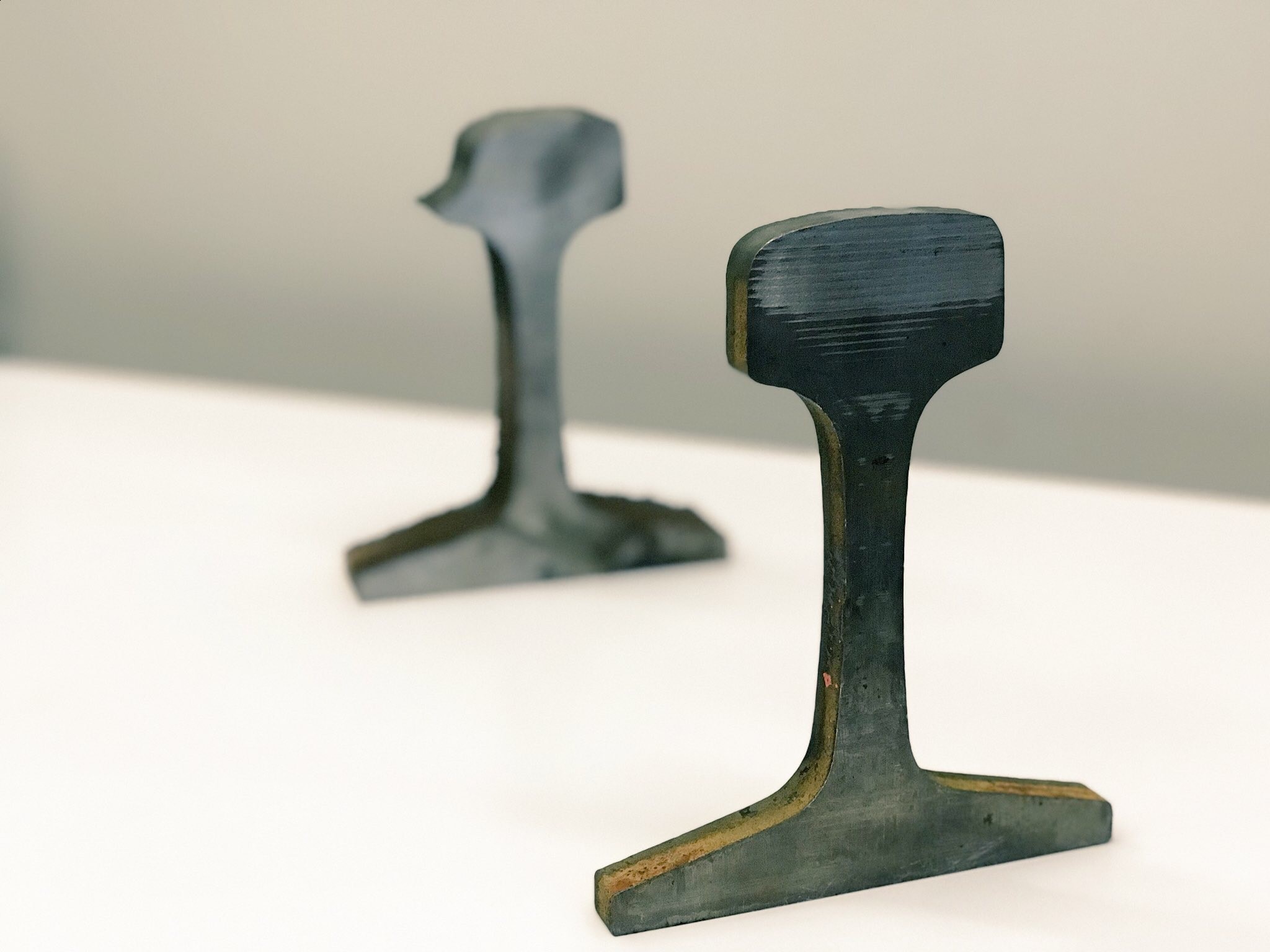 Once finished, passengers can expect to hum along our tracks at comfortable noise levels, no longer having to worry about whether a banshee has been let loose in the tunnels. Plus, as a bonus, the new wheel profile no longer relies on the wheel flange catching the rail to turn around corners. This drastically reduces the amount of wheel and rail erosion, and will stretch the life of our infrastructure by many years. In the photo, one can see the difference in rail erosion. In the background, the old profile leaves a large notch in the rail. The rail cross section in the foreground is what the rail will look like with the new profile. Less maintenance, more uptime: all part of what we’re doing to build a better BART.