Commute. Conjuring anxiety and frustration in equal parts, few words convey such loathing as commute. Between the traffic and crowding, our brains have few opportunities to relax as we travel from home to workplace—neither of which are guaranteed to be peaceful destinations! What can public transportation do to assist the weary rider beyond serving as a simple conveyance?

Enter San Francisco artist Sanaz Mazinani, whose pieces will be featured inside BART over the coming months. Her three unique photo montages each feature BART-themed images that were digitally refashioned into kaleidoscopic patterns. Each piece provides a departure from the information noise associated with modern living, and communicates something new yet familiar for each person seeing it.

Dialogue has been edited for length and clarity.

You’ve lived an extraordinary life—what first inspired you to become an artist?

“I enjoyed art as a child, but I really understood it as a calling for me on my first visit back to Iran, when I was about 15 years old. I lived there until I was 11 and only then realized that the vernacular imagery in the Western world representing my country, my home, my people—was very negative compared to my personal experiences in Iran. Photography has the power to show you a great deal of things, but it also has its limits. What makes it into the frame and what gets edited or highlighted can really have a profound effect on what is finally perceived. So, I started photographing to show my culture through my lens. I juxtaposed opposing images of Iran within Iran, showing how complex and varied any country can be, and how one image can never tell a full story.”

The work you’ve done for BART is striking. For those who see it, what are you looking to evoke in these pieces? 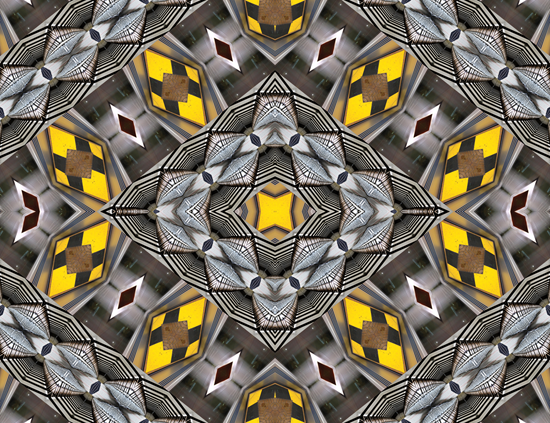 his kind of patterning is associated with Islamic ornamentation. It’s not particularly religious, it’s from that region. This type of geometrically inspired art took off during the Middle Eastern renaissance period and focused on building intricate patterns that stressed the importance of unity and order. As you said “kaleidoscopic” imagery, as a way for the mind to relax and meditate. It’s designed to inspire you. Maybe you see a rug, or architecture of a mosque or palace—the ornamentation allows you to look through it and think of other things, as a form of meditation. I thought, wouldn’t it be cool for that kind of experience to happen on a BART platform? I wanted to create a moment for the mind to relax and think about greater things.

The set of three posters focuses on three aspects of the vast BART network: the Station, the Platform; and the Train.  For the first kaleidoscopic montage, I used two images. One shows the BART card in front of a ticketing machine. The second image shows a long view of a train on the platform. These two images come together to build an architectural geometric pattern in blues and reds. For the “Platform“ piece, I wanted to feature the bright bands of yellow that mark the platform of every station. I combined this image with a perspective long shot of the Colma Station. Together these two images create a graceful pattern that is both complex and visually appealing.  Finally, the piece featuring the “Train” uses two images of the newly unveiled fleet of cars. The bright colors of the seats were used to build a complex pattern of blues and greens.”

Is photography your preferred medium?

“I have been a photographer for a very long time. There is so much photography out there today, on our feeds, from Facebook on down… there’s so many images already out there impacting us that I’ve actually stopped photographing and started using images that already exist. With this project, I wanted to do the same thing: create a patterned network from existing photos to start a conversation about how we experience imagery.” 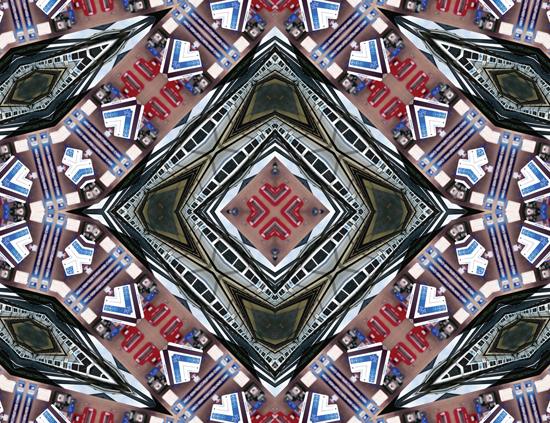 What was your process for this work? How did you get started?

“I first went to the public library, main branch, and looked at images of BART that already existed. I looked through archives, and through images using BART resources. I realized during this search that what I really wanted was to use pictures that the average Bay Area citizen might have taken. I then conducted simple online searches for BART and station names, and the project became a sort of collaboration between myself, BART, and riders whether they be tourists or regular commuters.”

How has being a female artist shaped your experience?

“It’s probably gotten easier over the years to be a female artist. Being a woman contributes to a general awareness of the diversity in the world, and inspires me to create art works that somehow celebrate and highlight the beauty in diversity.”

Do you remember your first BART ride?

“When I first moved to the Bay Area I lived in Menlo Park so I could get to Stanford. From there, I would take Caltrain, get on BART at Millbrae, then explore the City. I am still amazed at how huge the network is and how much landscape the BART system covers. Being from Toronto, and having lived in other places, it’s an impressive network that connects so many cities together so efficiently. Some people think it’s just inside San Francisco, but it’s pretty amazing how much bigger it is.” 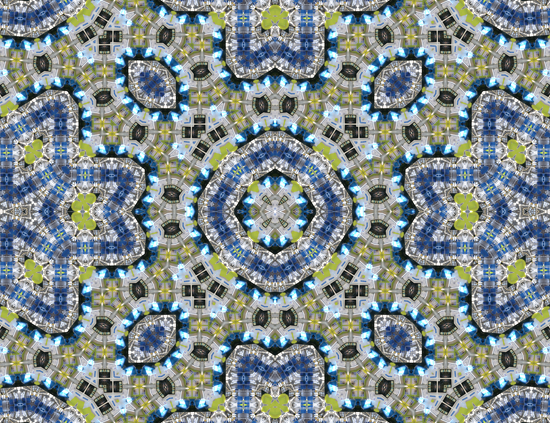 What do you hope to convey to passengers through these displays?

“I hope they bring to it what they wish. I don’t have a specific message to pass along. My aim is to create artwork that  brings about a space for reflection, so that it may provide visual rest amidst the urban chaos of our daily lives.”

How is exhibiting your work in BART stations different from other venues such as a gallery or magazine cover?

“The audience is so much wider—it allows me as an artist to get to show my work to a diverse group of people. What’s exciting is thinking about all the myriads of people who might get to experience my work and feel something new. It’s a wonderful feeling.