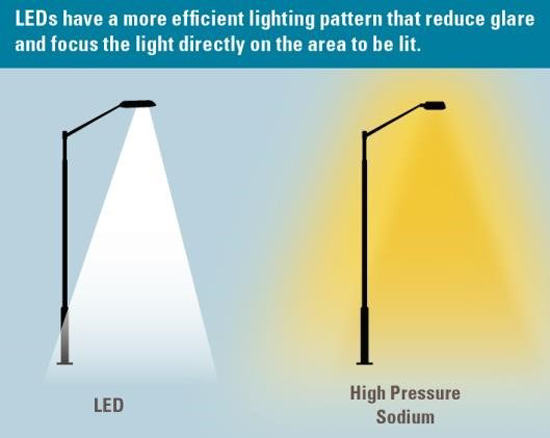 A new lighting improvement project at the South Hayward Station parking lot is illuminating in more ways than one.

“The most significant benefit of converting the old HPS fixtures to LED is lower energy consumption,” said Juan Ulloa, BART’s Manager of Electrical Engineering. “LED lights are expected to last 100,000 hours, compared to only 24,000 hours for an HPS light.”  That equates to a life expectancy of 20 years, many times over that of the older lights.

For this project, BART’s Electrical Engineering Department prepared the plan and specifications to procure and install two types of new LED lighting fixtures for the South Hayward Station parking lot. 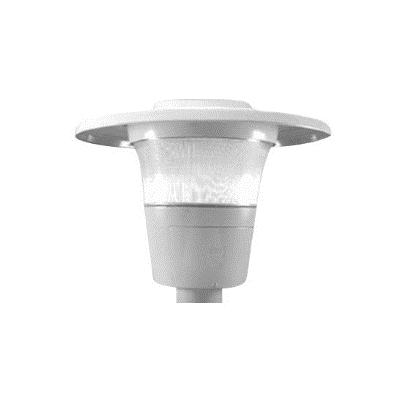 The areas where lighting was upgraded included three parking lots, the bus loading areas and the main entrance to the station. “The project succeeded in reducing energy consumption and maintenance costs while improving lighting distribution, visibility and color,” Ulloa said.

ALL WORK DONE DURING NON-SERVICE HOURS

The upgrade included replacing the fixtures, re-using the same wiring system, waterproofing each fixture and installing new labels at each pole to identify the electrical source circuit number and input watts for each fixture.  Safety precautions were taken during the demolition and disposal of the old fixtures, which contained hazardous waste. All the work was done during non-service hours to minimize impacts to customers.

The old fixtures were safely removed from poles ranging in height from 12 feet to 55 feet. A crew of two workers would go up using an articulating boom lift, remove the old fixture and install the new lightweight, energy-efficient LED fixture. 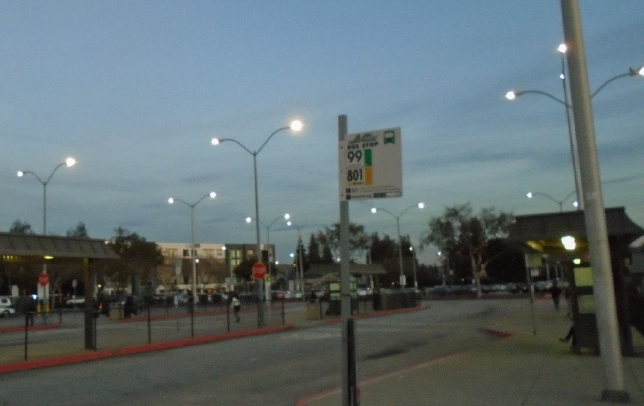 After the new LEDs were installed, Electrical Engineering staff measured lighting levels to make sure they met design criteria and required photometric levels.

“Completing this project on schedule and within budget while using BART internal resources not only saved BART time and money, but has given us different avenues in the future when looking at lighting projects that otherwise would have been contracted out,” said Steve Gomez, Section Manager for Power & Mechanical Maintenance.

Gomez said BART plans to continue improving, upgrading and modernizing lighting throughout the BART system, whether in stations, parking structures or parking lots.  “Energy conservation is vital in today’s world,” he said.

SIGNIFICANCE AND HISTORY OF LEDs

LED lighting has been one of those rare inventions that completely up-end and change the way something is done, both in business settings and for the home user.

The 2014 Nobel Prize for physics was awarded to three scientists, two in Japan and one in the United States, who invented blue light emitting diodes (LEDs). Professors Isamu Akasaki, Hiroshi Amano and Shuji Nakamura made the first blue LEDs in the early 1990s, paving the way for a new generation of bright, energy-efficient white lamps as well as color LED screens.

As the BBC reported at the time, although red and green LEDs had been around for many years, blue LEDs had long challenged scientists in academia and industry. Without blue LEDs, the three colors could not be mixed to produce white light, the basis of next-generation lighting. With 20% of the world's electricity used for lighting, it's been estimated that optimal use of LED lights could reduce that figure to 4%.

The increase in energy efficiency comes because LEDs convert electricity directly into photons of light, instead of the wasteful mixture of heat and light generated inside traditional, incandescent bulbs. Those bulbs use current to heat a wire filament until it glows, while the gas discharge inside fluorescent lamps also produces both heat and light, the BBC report said.

Inside an LED, current is applied to a sandwich of semiconductor materials, which emit a particular wavelength of light depending on the chemical make-up of those materials.

In another example of BART switching to the more energy-efficient lighting, you’ll find LEDs inside BART’s new Fleet of the Future trains, as well, and installed when possible as part of station modernization efforts.