BART car cleaner is credited with saving a rider's life

BART car cleaner is credited with saving a rider's life 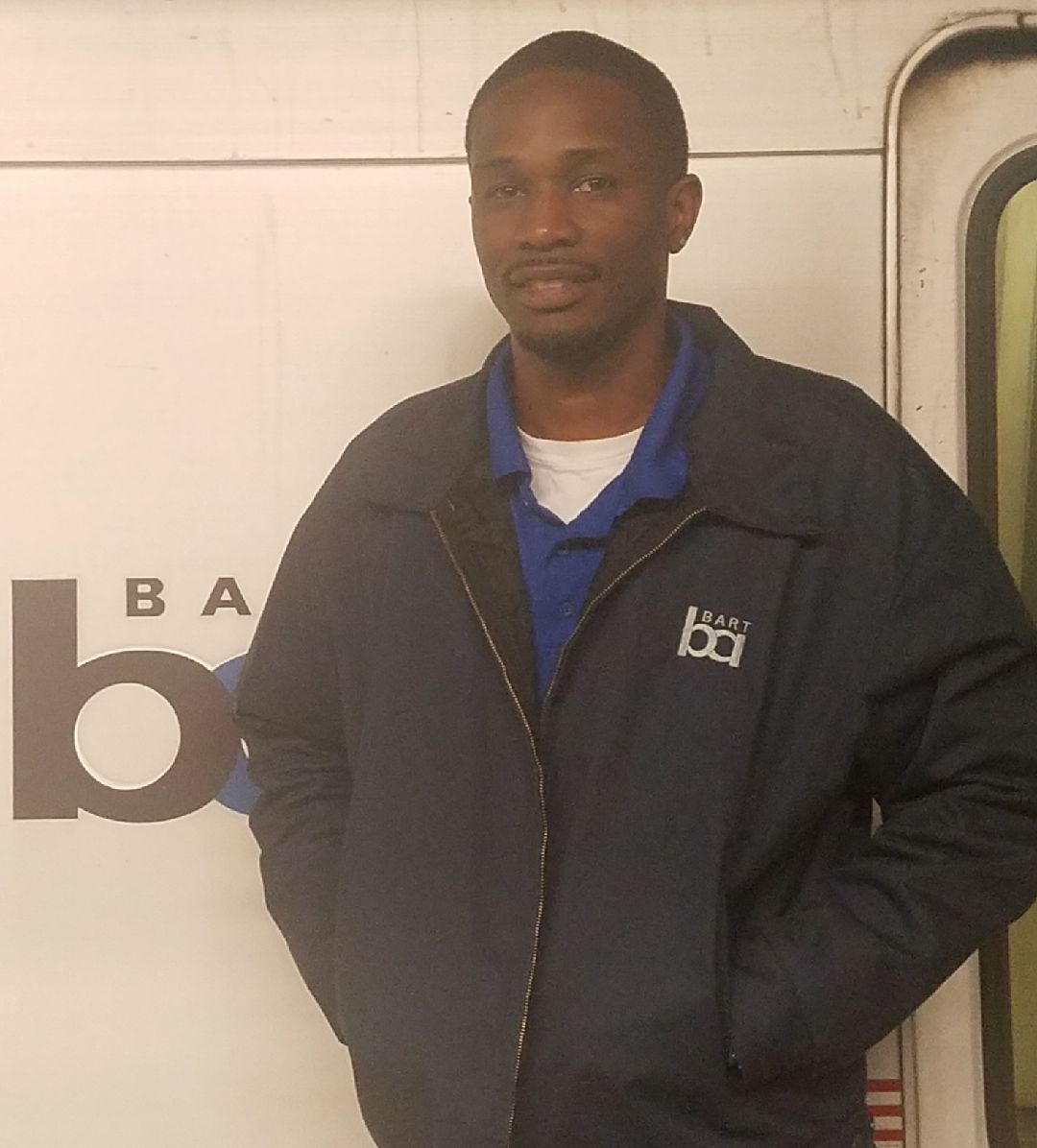 About 15 minutes after midnight on Monday, October 29, 2018, Vincent Seals, a BART train car cleaner, heard a co-worker calling for help from the platform at the Dublin/Pleasanton Station. He ran toward her and she pointed him to the lead car of a train that had just finished its run for the night.

Seals found a young man slumped over in a seat, not moving. He recalls, “I checked for a pulse. I didn’t feel one so I put my ear to his mouth to see if I could hear or feel his breath and I couldn’t. His lips had already turned blue at that point so I picked him up and laid him on the floor (of the car) to start CPR.” (image at right of BART employee Vincent Seals at Millbrae Station)

Seals began administering chest compressions. After a few minutes, he got a faint pulse, but it quickly faded. Seals started CPR again and the young man soon came to with a deep breath.

“I just told him ‘You’ve got to breathe’ and ‘listen to my voice.’ I was trying to coach him through it,” says Seals. At this time, a BART Police officer arrived. She waved an ammonia inhalant ampule (smelling salts in lay terms) under the man’s nose while Seals massaged his sternum, but the man soon lost consciousness again.

Seals continued massaging while the officer used a CPR mask to give rescue breaths. The young man once again “came to” as paramedics arrived. He was conscious and breathing as they left to transport him to the hospital.

Seals’ career with BART as an end of the line cleaner began just this past January. He had been taught CPR at a previous job as a requirement for a supervisorial position. He says this is the first time he had ever used those skills outside of his CPR training.

“This was never something I would have expected on the job at BART. I was glad to have the opportunity to be there to help save his life.” Seals believes it was fate that he was there that day. “It was my regular day off. I usually work at the Millbrae Station. I decided to pick up the extra shift at Dublin/Pleasanton. I was supposed to be there at that time.”

BART police say the young man turned 20 on Sunday, the day before he and Seals’ paths crossed on that BART train.