Huge gains for BART's plan to bring you a quieter ride

Huge gains for BART's plan to bring you a quieter ride 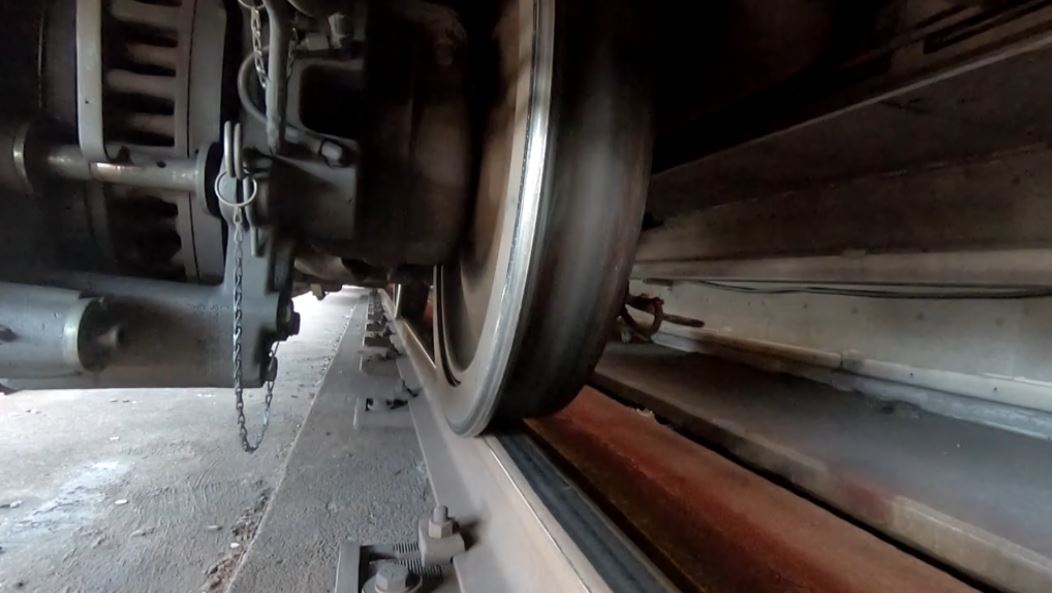 BART's efforts to study the science of the screech are not only paying off with a significant drop in noise on the typical ride but also with a more durable system that is seeing a reduction in wear on our rails.  BART has been working since July of 2017 to transition its legacy fleet from the old cylindrical wheel to a new tapered profile that has been scientifically tested to reduce wear on the rails that is often referred to as corrugation.  Riders are clearly noticing the difference.  Noise complaints have fallen a whopping 73% since the start of wheel reprofiling. 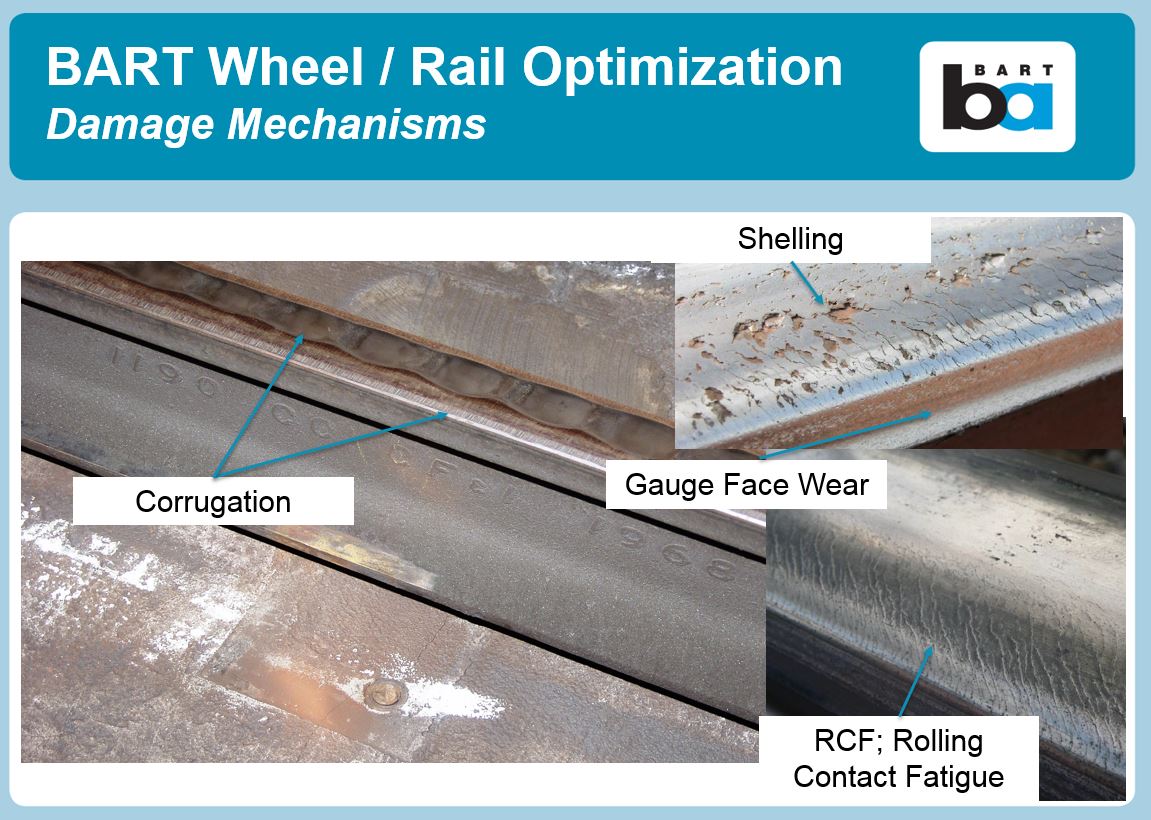 Nearly all of BART's legacy fleet has now been outfitted with the new wheel profile.  All Fleet of the Future cars already feature the improved design. 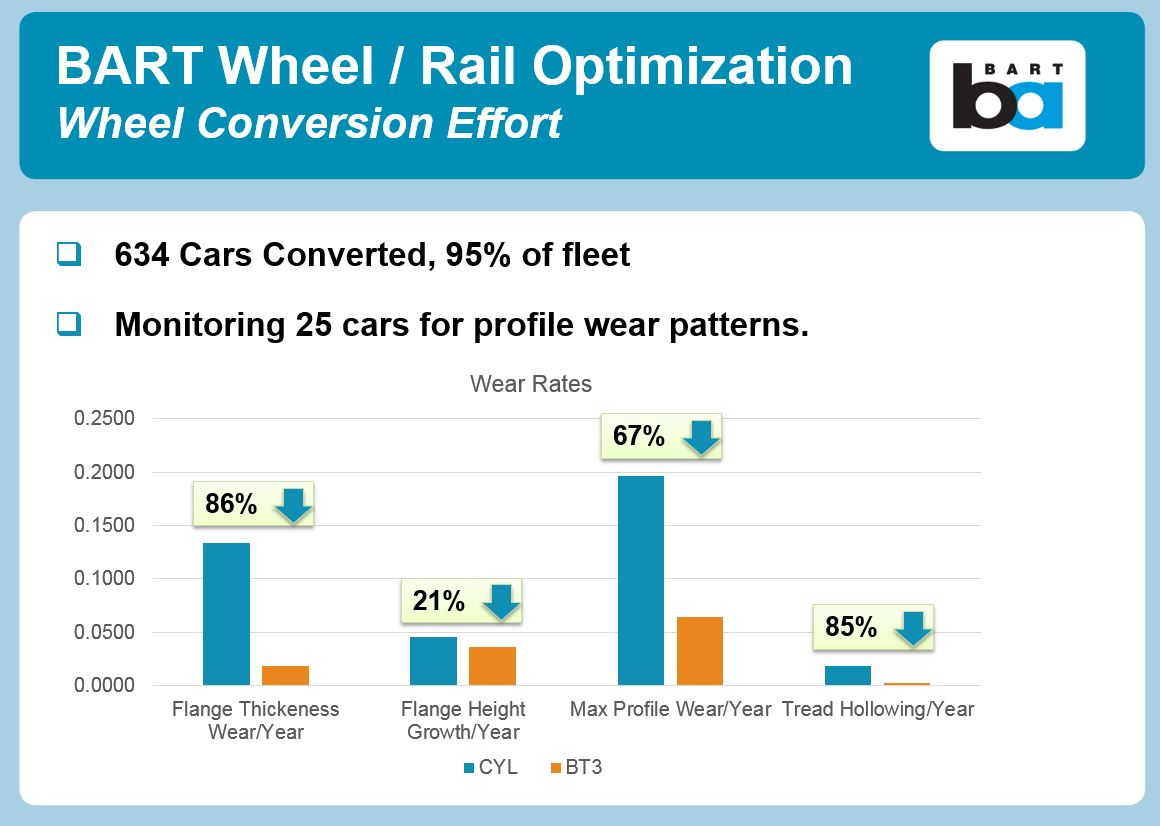 The results are clear.  We're seeing a reduction of 86% in wear and tear. 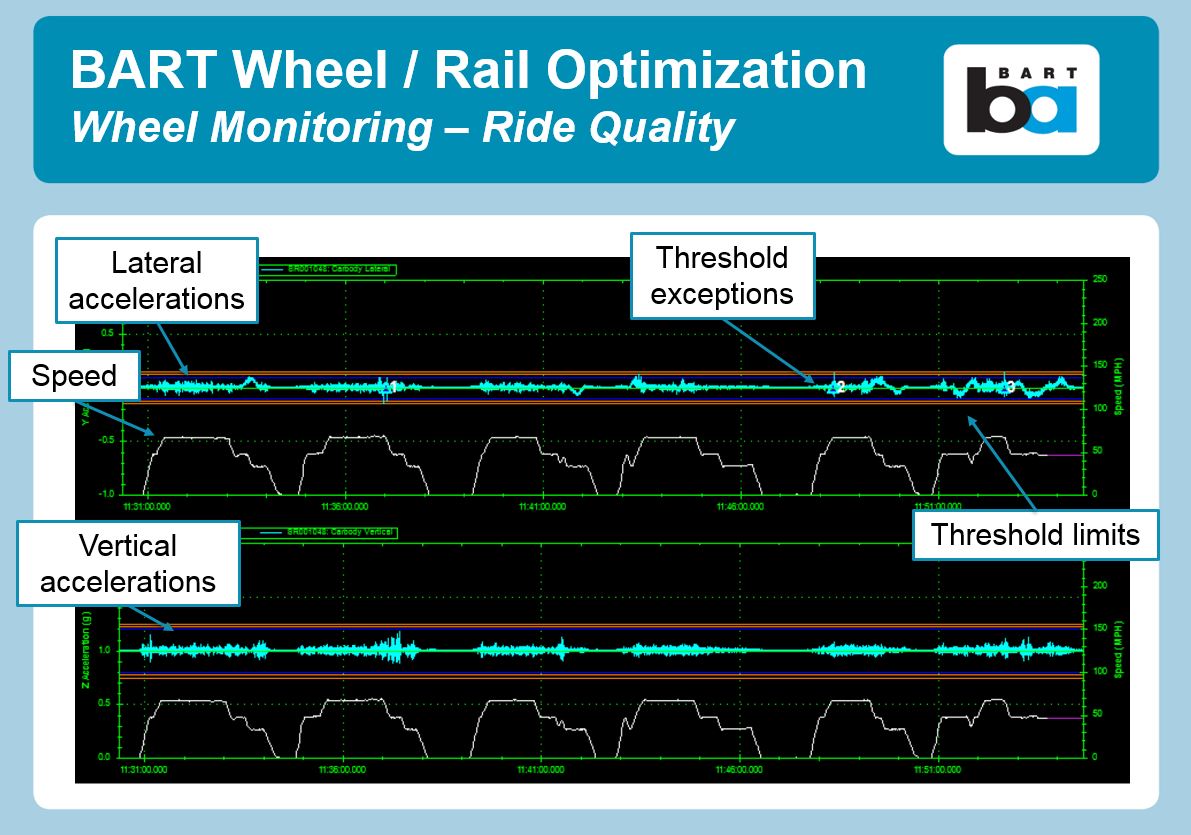 Implementing the new wheel profile is just half of the sound solution.  The other is to grind the rail to optimize its fit with the new wheels.  Work to reprofile BART's rails began in February of this year.  Track crews have been making significant progress. 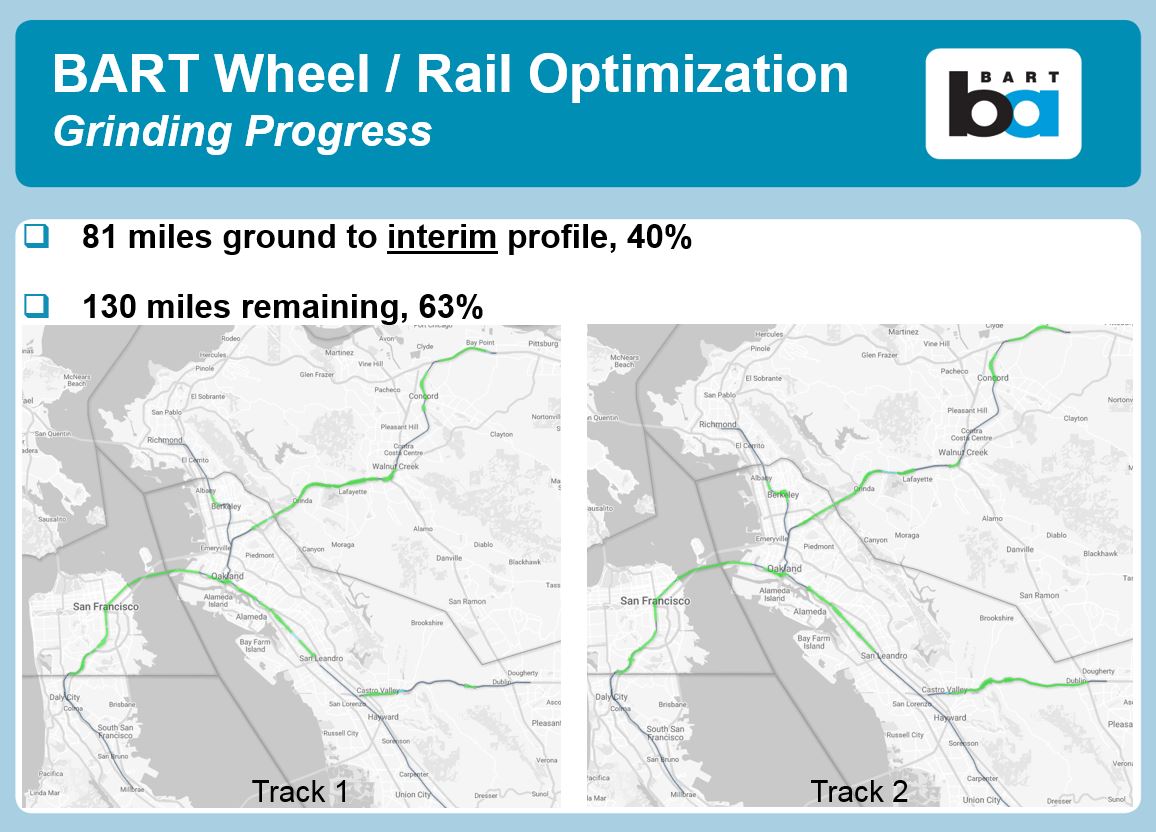 The combination of new wheel and rail working together is making a noticeable difference for our riders.  Testing has shown a drop of as many as 20 decibels in sound intensity.  One way to think about the difference is if the decibel level of riding on a BART train with the old wheel profile and rail sounded like standing near a lawnmower the new system is more like being next to a dishwasher. 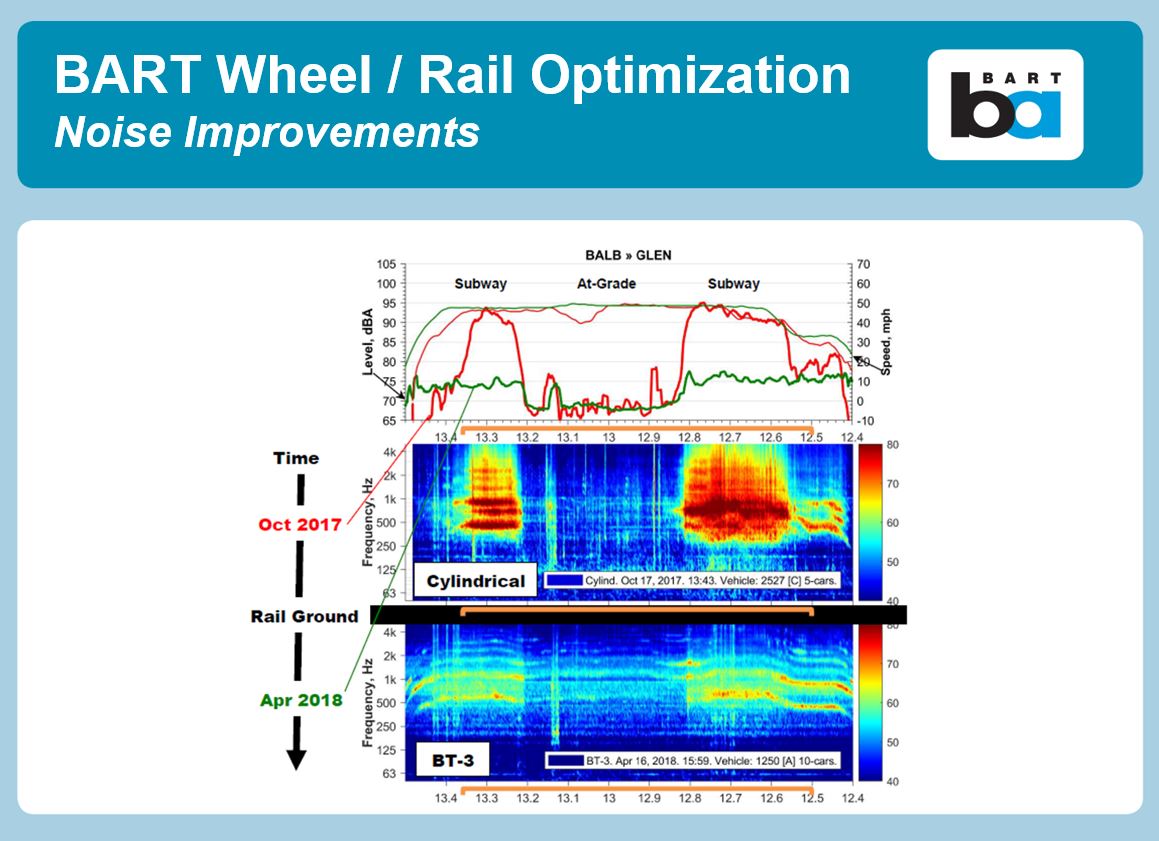 BART is one of the few railroads in the country to implement a change in its wheel profile.  The effort has drawn international attention as other agencies look to BART as a guide. 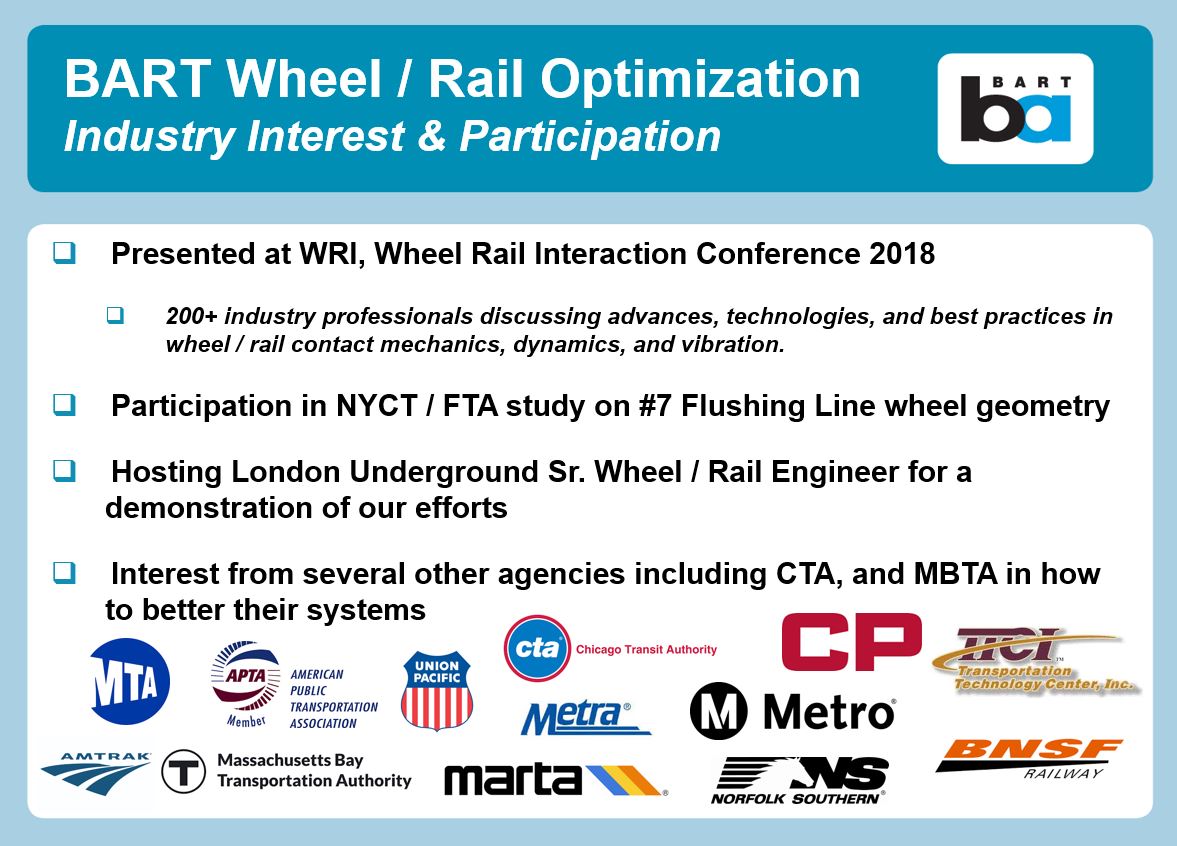 Read the entire presentation given to BART's Board of Directors on the progress being made in the effort to quiet the system.