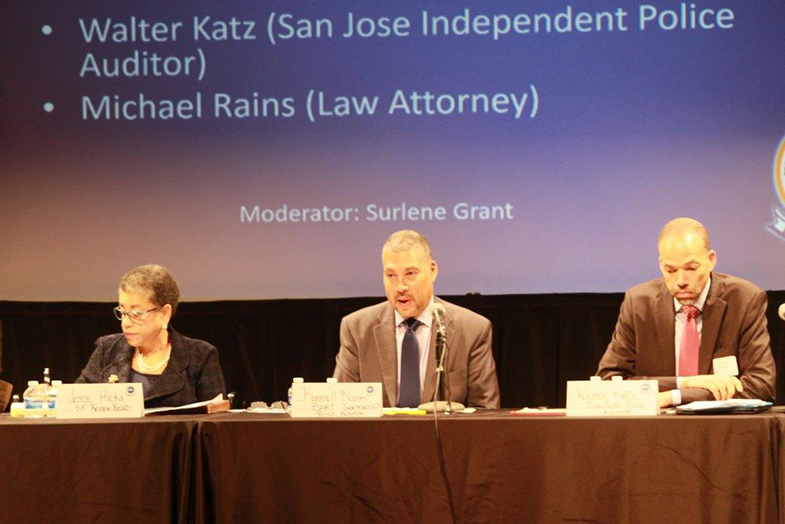 BART's Independent Police Auditor, along with the Berkeley Police Review Commission and the National Association for Civilian Oversight of Law Enforcement (NACOLE), will host a regional training event on May 3. The event culminates in a networking reception with music by DJ Davey D and other local artists.

The public is invited to attend the event, which will be held in Oakland at the Kaiser Center, reachable from the 19th St./Oakland BART Station. To register visit: https://www.nacole.org/2019_oakland_regional_training No one will be turned away for lack of funds. The event is geared toward a variety of audiences, including but not limited to community members, oversight practitioners, justice system stakeholders, and academics.

The May 3 workshop will seek to address many issues important to those who support, are interested in, or work in the field of civilian oversight of law enforcement. There will be panel discussions on oversight of correctional facilities; on navigating California’s new law enforcement transparency laws and on how to implement effective reforms.

Representatives on the panels are from diverse backgrounds, to name a few – Cathleen Beltz, Assistant Inspector General of the Los Angeles County Office of the Inspector General; Andy Greenwood, Berkeley Chief of Police; and police reform advocate Cephus “Uncle Bobby X” Johnson, uncle of Oscar Grant, who was fatally shot by a BART police officer on New Year’s Day 2009 and whose death spurred a nationwide movement for greater police accountability.

BART invites all registered attendees to join us for a networking reception that will be held at the end of the day from 5:00pm - 10:00 pm at Oakland's Lake Chalet on the waterfront.