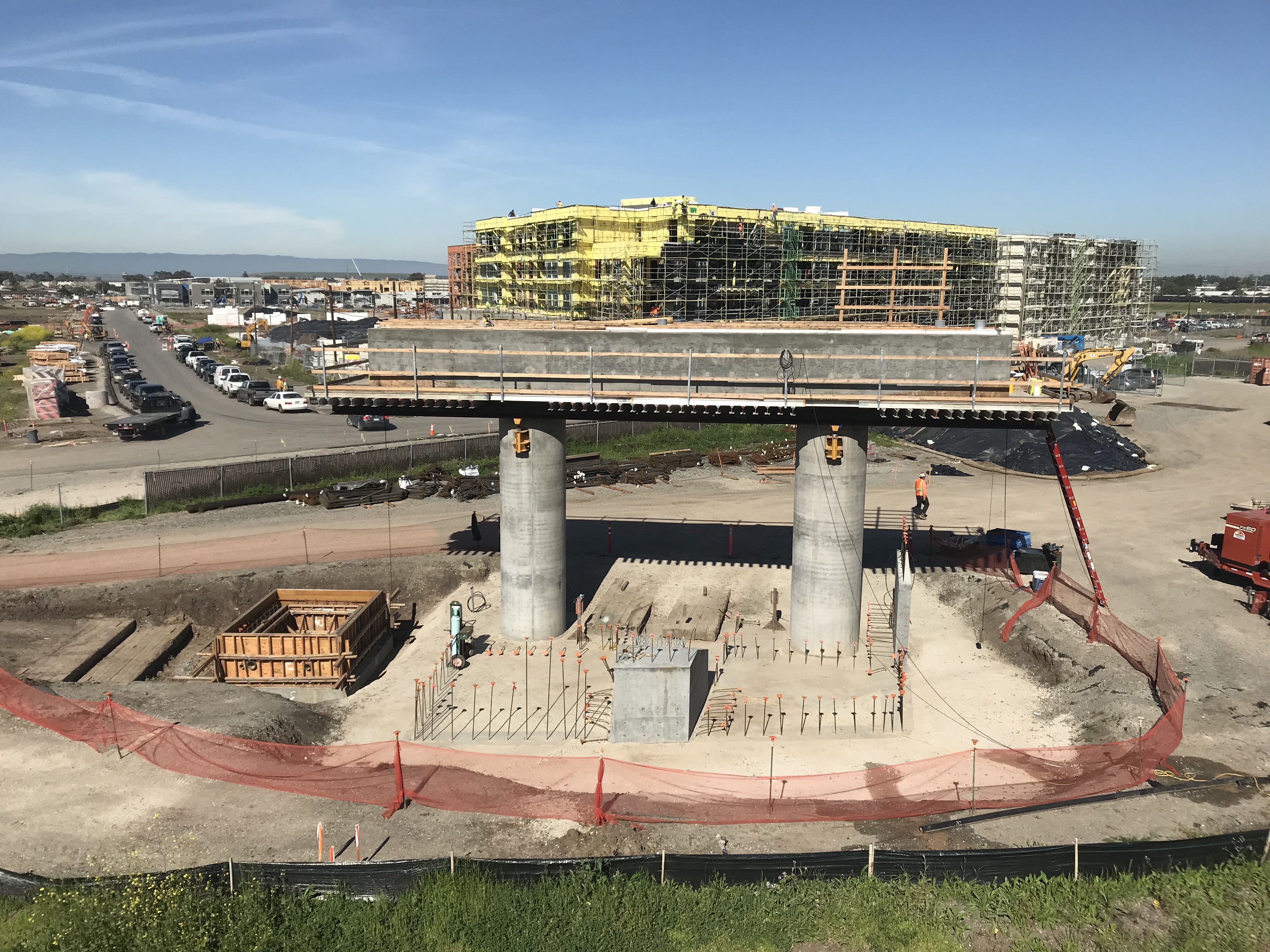 A pedestrian and bicycle bridge connecting the Warm Springs/South Fremont BART Station to a newly constructed plaza west of the station is beginning to come together since its construction began last year.

The City of Fremont, working in coordination with BART, started construction of the bridge over the Union Pacific tracks adjacent to the  Warm Springs/South Fremont station. The bridge will connect to the plaza, which is also under construction.

The bridge and plaza will provide a direct connection from the Warm Springs/South Fremont BART Station to the City of Fremont’s Innovation District located west of the station, including residential developments that are currently under construction, and existing nearby businesses such as Tesla and Thermo Fisher. The plaza, at the foot of the new pedestrian bridge, will provide a public space for the community with amenities such as seating, bicycle lockers, solar charging stations, an information kiosk, and public art.

The new bridge under construction is comprised of two spans – a truss span and a cable-stayed span.  The progress of the construction of two bents – columns with caps that support the bridge – is visible from the station concourse.  The truss span, which will cross the Union Pacific Railroad tracks to connect the existing station to the nearest bent, is currently being fabricated and expected to be set in early summer, according to BART Warm Springs Extension principal engineer David Silva.  Shortly after the truss span is in place, construction of the cable-stayed span, which will cross the remaining Union Pacific Railroad track, will begin. 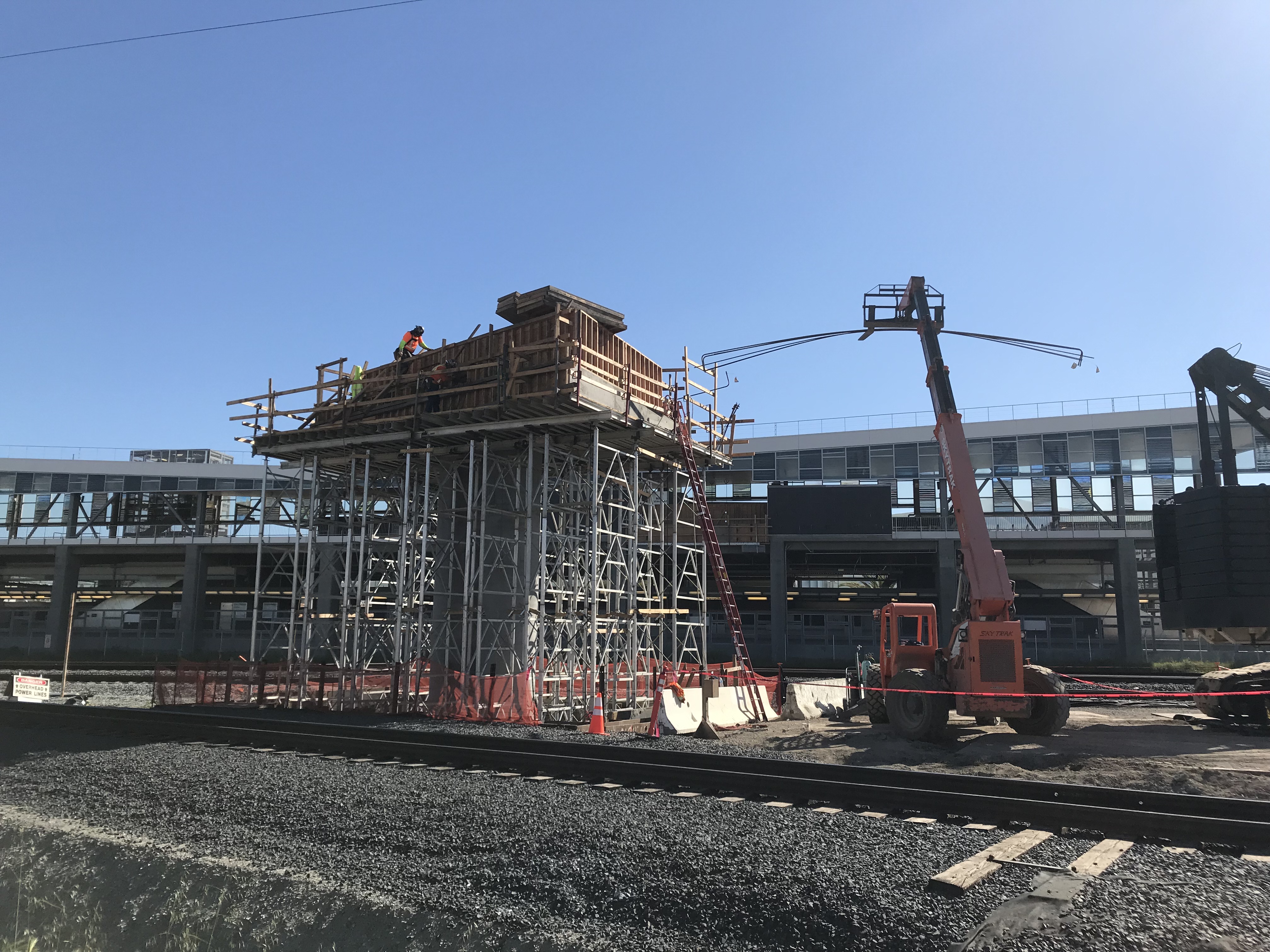 In addition to the bridge structure being tied into the Warm Springs/South Fremont Station, the construction project will modify signage, directional tile, guardrails and communications systems at the station, as necessary.

Construction is expected to be completed next year.

Since its opening in May 2017, Warm Springs Station has seen a health increase in its ridership into the station. With more than 4,100 riders on an average weekday, the ridership is expected to grow as more companies and employ set up shop near Warm Springs station -- with BART as a major incentive for prospective employees.

Warm Springs station will soon no longer be the terminus point, as Milpitas and Berryessa stations near completion and opening as part of the extension project to connect San Jose, Santa Clara and other neighboring cities into the BART system.