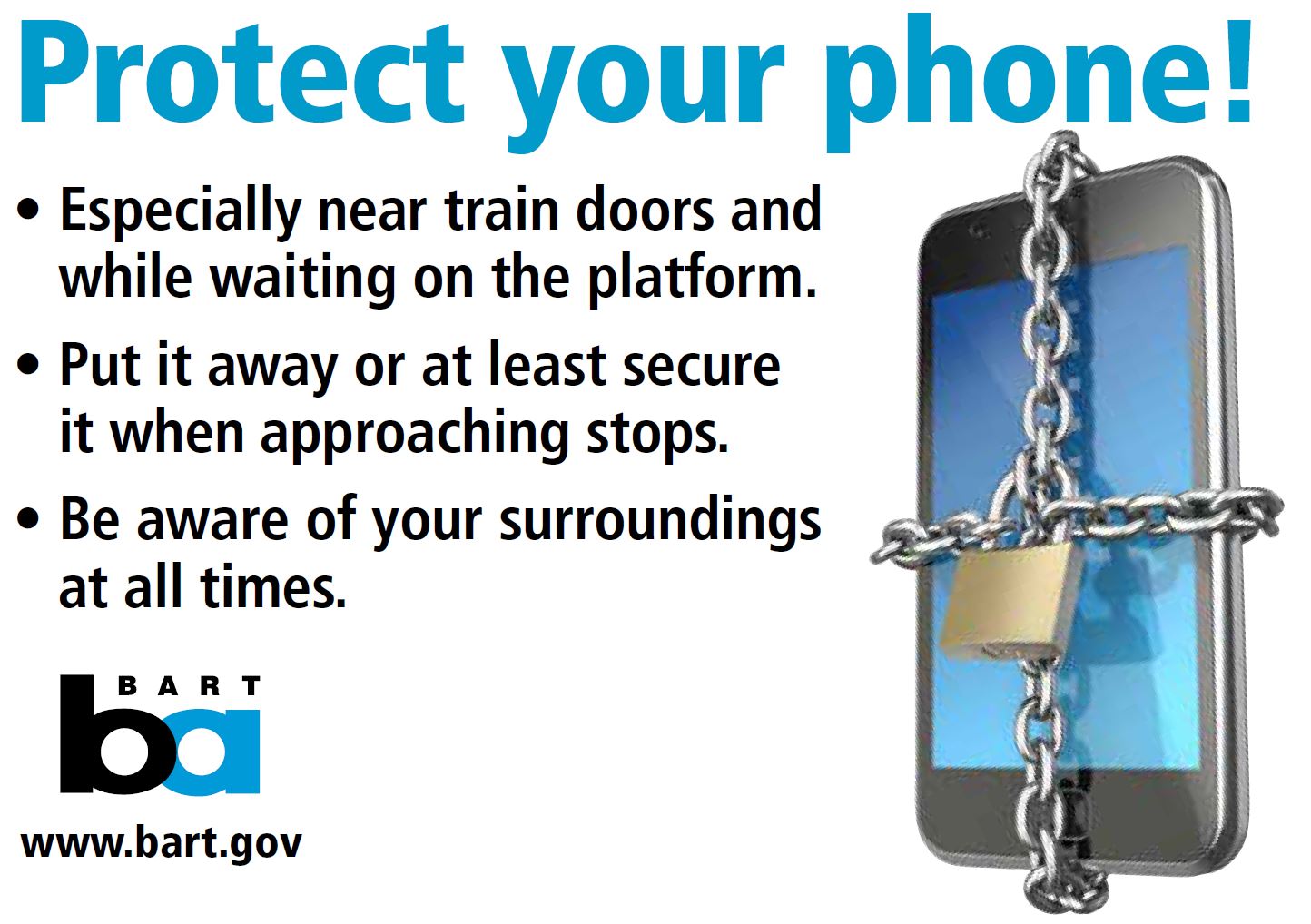 BART police detectives are walking trains in the San Francisco corridor this week to hand out cards advising riders to be aware of their surroundings, so they can avoid falling victim to thieves who are after their cellphones.  The detectives will focus their outreach efforts during the mid-day and early afternoon periods between the Embarcadero and Balboa Park stations.

The index-card sized handout includes tips in multiple languages for keeping your cellphone safe with an emphasis on the importance of looking up from your device near train doors and while waiting on station platforms.  BPD is also sharing surveillance video of a recent cellphone theft to show how quickly someone can steal a phone and exit a train.  Watch the video here.

“Many of the cellphone thefts on BART are crimes of opportunity,” said BART Interim Police Chief Ed Alvarez.  “Most cellphone-related crimes that occur on BART are thefts by snatching not by the use of force or fear,” said Alvarez.

“The system creates an environment that’s somewhat unique in the Bay Area.  Thieves will board a train and wait until the moment it arrives at a station and the doors open to snatch a phone and make a quick escape,” said Alvarez.

The public awareness effort comes as BART police have had some recent successes when it comes to enforcement.  BPD has arrested 29 different suspects for robbery or grand theft so far this year.  BPD is also in the midst of an ambitious officer recruitment campaign to bolster its numbers in the system.  Through mid-May, BPD has hired 26 prospective officers.  That’s already two more than were hired in all of 2018. 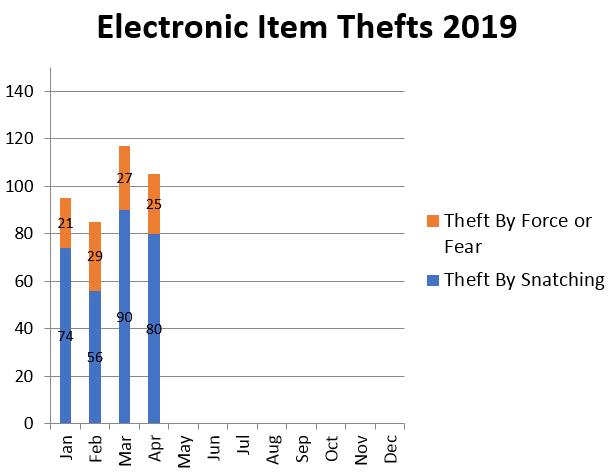