The family of Oscar Grant III and BART are inviting the public to the unveiling and community celebration of a mural honoring the late East Bay man’s life at 12 pm this Saturday, June 8th at Fruitvale Station.

The BART Art Program commissioned local artist Senay “Refa One” Alkebulan to create the mural on a west exterior wall by the bus area of Fruitvale Station at a cost of $38,000.

In February, the BART Board unanimously voted to name a block next to the Fruitvale Station after Grant.

“It’s been 10 years since the death of Oscar Grant and BART worked closely with his family to create a lasting tribute and provide a place for reflection at the Fruitvale Station,” said BART Director Lateefah Simon who will speak at the event on Saturday.

“The community will now have a place to recognize the tragedy as a catalyst for positive change both locally and nationally,” said BART Director Robert Raburn who represents the Fruitvale Station and plans to attend the event.

The mural is the first long-term project to be completed under BART’s Art in Transit Program since the Board of Directors adopted an Art Policy dedicating a portion of both capital and operating funds to a program that will enrich rider experience, strengthen station identify, connect to communities, and support a distinctive sense of place at stations.

The January 1, 2009 shooting of Oscar Grant was a tragic loss of life and we continue to offer our deepest condolences to the Grant family. Since the tragedy, BART and its police department have worked diligently to ensure that our officers receive the proper training, support and oversight necessary to respond appropriately and effectively to challenging situations. 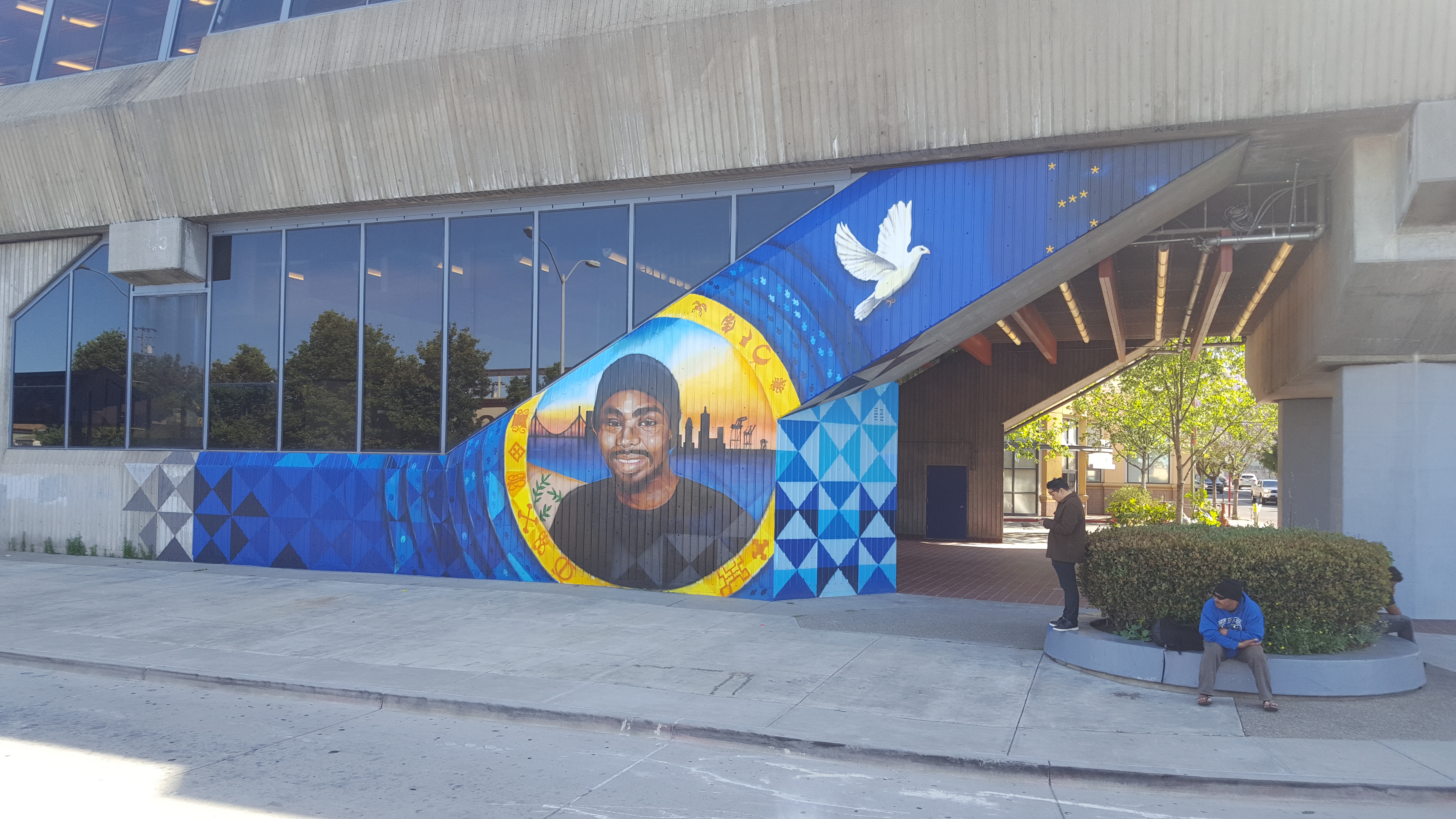