This article is for 2020, view the 2021 article about Sunday single tracking.

BART's effort to replace aging traction power equipment in San Francisco has entered a new phase.  The project has received a major boost in recent months thanks to efforts to accelerate critical rebuilding work during this time of reduced service hours because of the COVID-19 pandemic.  Many of the aging electrical components are nearly 50 years old and have outlived their design lives.  Replacing this outdated infrastructure is essential to ensure BART trains have a reliable power source as they carry riders through the heart of the system. In September 2020, single tracking began between the 24th Street Mission and Balboa Park stations.  Work is also continuing in downtown San Francisco, but single tracking will only happen in one of the two work areas on select Sundays.  Riders should expect nominal delays in San Francisco of up to 10 minutes from 8 am to 7 pm on workdays.

Much of the recent focus in downtown San Francisco has been on replacing the 34.5kV (kilovolt) electrical cables that provide power to BART trains. BART had originally expected to pull 7,000 feet of 34.5kV cable during the last three months.  But thanks to an increase in wrench time since BART reduced service hours in March, crews have managed to install more than 21 miles of electrical cable between the Montgomery and 16th Street stations.  This increased productivity means the project can potentially eliminate 35 future Sundays when BART would have had to delay riders by running single-track service through the work area.

BART crews have put the riders first as they go about their work.  One example is with the installation of rail disconnect switches near the Montgomery Street station.  The third rail disconnect switches cut the third rail into two parts. On one section of track the electricity is turned off enabling crews to work safely. On the opposite side, third-rail power remains on to supply electricity to the trains at the station.   The switches allow BART to run more Dublin/Pleasanton Blue Line trains from the East Bay to downtown San Francisco to increase system capacity despite the ongoing work.

The entire project in San Francisco is expected to wrap up in late 2023.

To upgrade the electrical traction power system in Downtown San Francisco we need to single track trains in San Francisco on some Sundays throughout the year.

On select Sunday single-tracking, expect up to 10-minute delays from 8 am to 7 pm. We will single track between the Embarcadero and 24th Street Mission stations. During this single tracking we will only have one platform open at Montgomery, Powell, Civic and 16th Street stations. 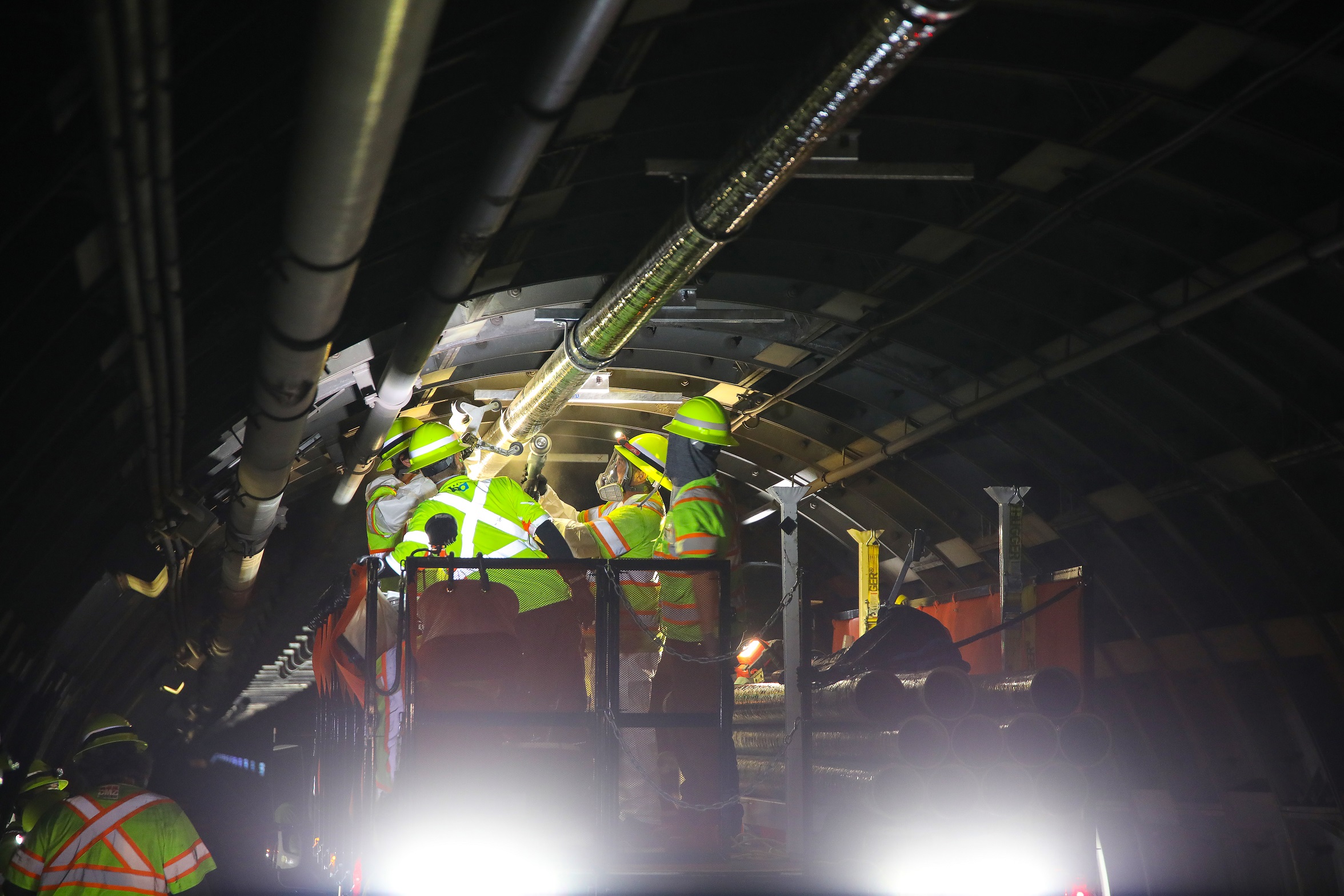 BART will continue to single track between the Embarcadero and 24th Street Mission stations on select Sundays through 2021. Once that phase of the cable replacement is complete, the second phase will bring the same work to the San Francisco line between the 24th Street Mission and Balboa Park stations.  The second phase is scheduled to begin in 2022 and it's not clear if it will require single tracking.

With the new schedule change on February 2020, we will maintain 24-minute headways. Impact include:

Check Before You Go

The new schedule has been loaded into the Trip Planner on bart.gov as well as the official BART app. Select a date Feb. 11th and beyond to see how these changes impact your trip.

Sunday riders are encouraged to check the Trip Planner or the app before each trip as it varies week by week based on single tracking weekends.

The Sunday service change is to accommodate the replacement of 34.5kV power cables and pipes that power our trains. It’s original hardware dating back to when the system was built. The nitrogen-filled pipes are being replaced with modern shielded cabling using Measure RR funds.

The power to run our trains comes from a variety of original sources like solar and natural gas. After we get it from PG&E (but before it gets sent into the electrified third rail), it must be distributed through substations and special cabling at 34.5 kilovolts (kV). 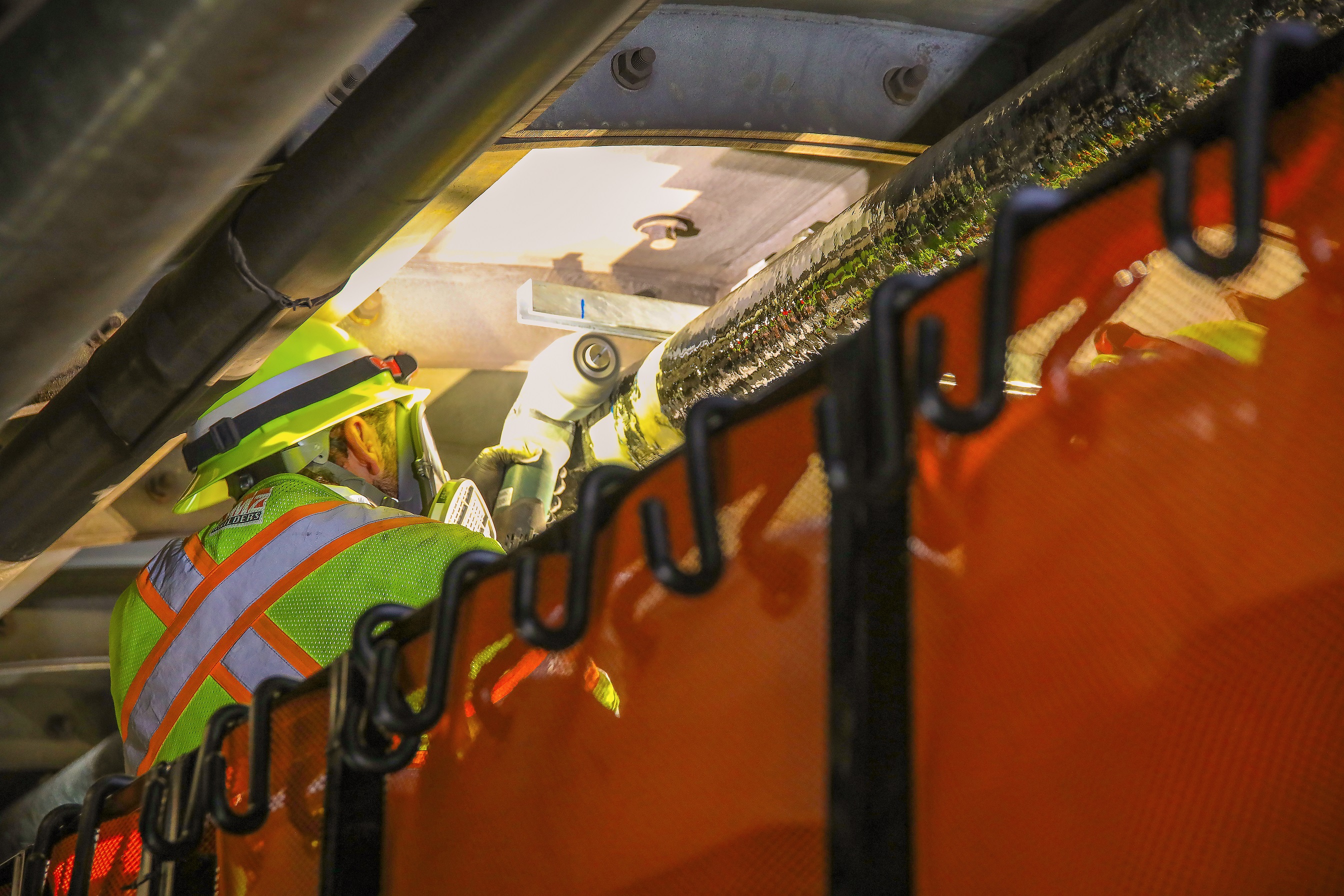 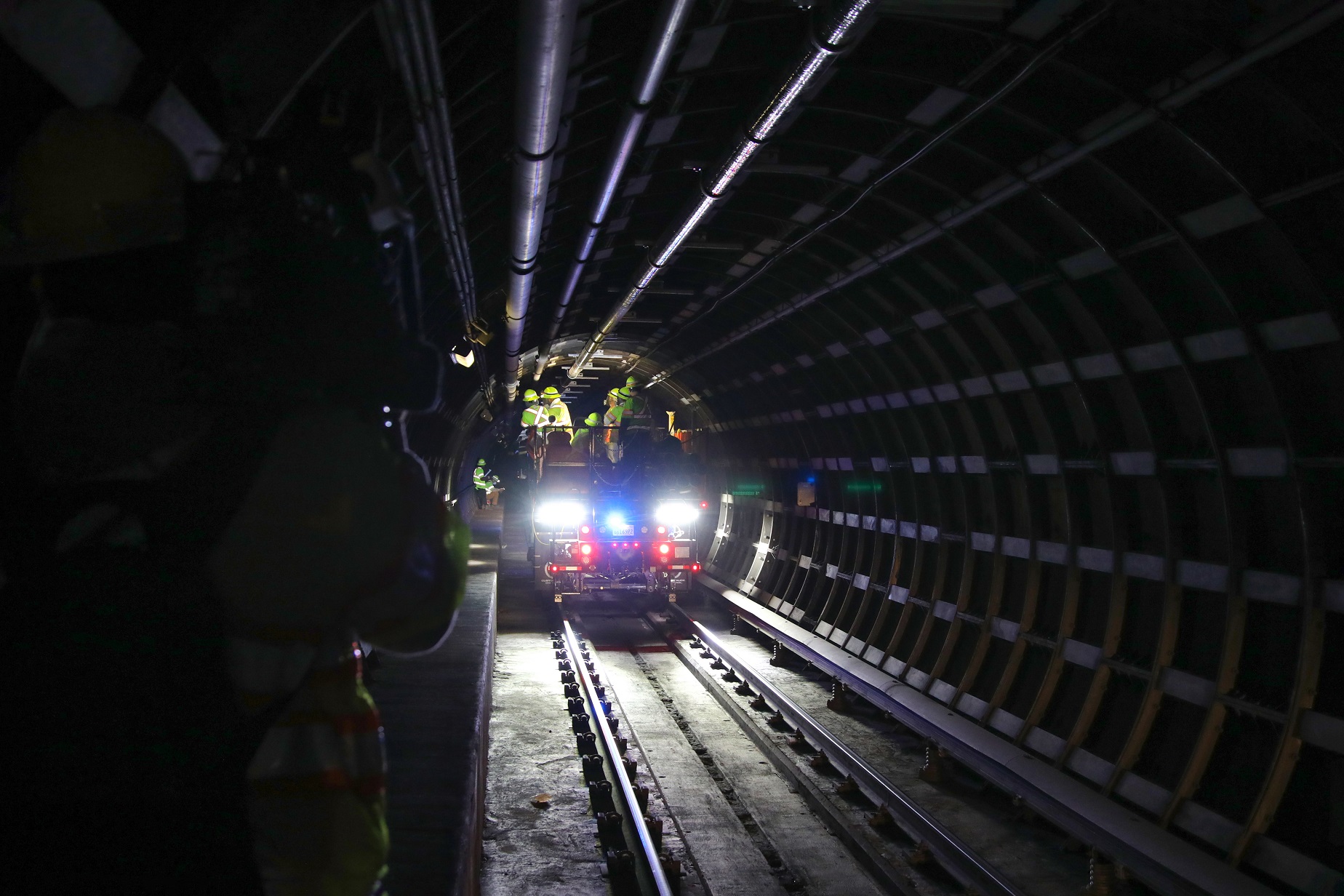 At BART, much of the cabling technology and substations channeling all this energy is outdated and in a state of age-related disrepair.  The 34.5 kV cables themselves don’t even really resemble what the average person would imagine a cable to be: they’re quite large and encased within nitrogen-filled pipes about the circumference of a grapefruit. The 34.5 kV cables run through these pipes.

BART needs to replace these pipes, cables (34.5kv), and substations with modern shielded cabling and new distribution hardware so the power can be properly stepped down and fed into the 1000-volt, electrified third rail.  The third rail is what brings power to the train cars, via conductive metal collector shoes skimming along the third rail’s surface. 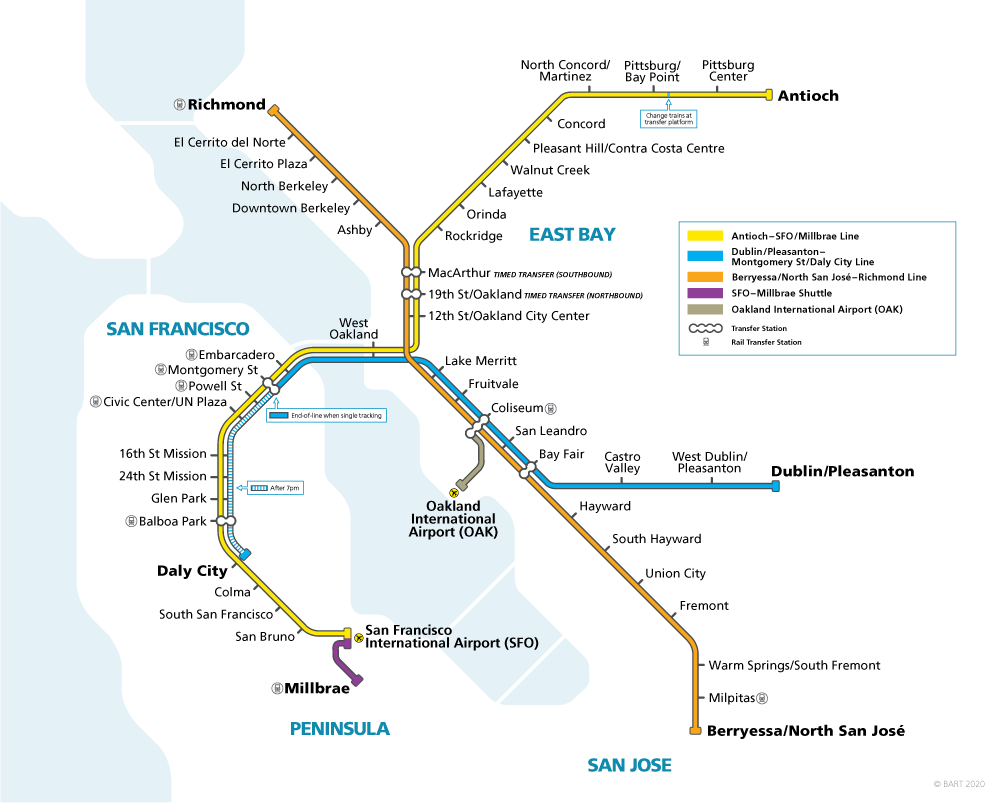