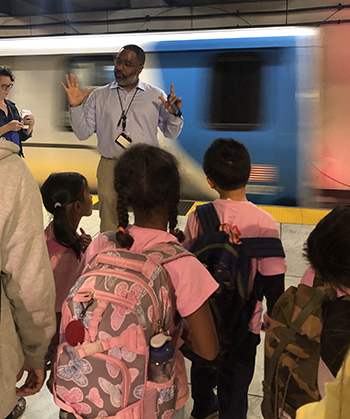 Bryce and fellow campers from Donaldina Cameron House got an up-close-and-personal look at BART. Cameron House is a nonprofit based in San Francisco’s Chinatown dedicated to serving the needs of low-income and immigrant Asian youth and families in San Francisco. It offers services such as counseling; domestic violence intervention; food distribution; adult ESL and computer classes; support groups; youth afterschool and summer programs; sports, arts, and camping experiences; leadership development; and volunteer opportunities.

Summer activities include recreational games, arts and crafts, and field trips -- including one recently on BART to Children’s Fairyland in Oakland. The trip was hosted by BART, which organizes youth tours every summer with community-based organizations. The tours aim to give kids a chance to visit places they may not have ever had the chance to see before, and to expose them to the experience of using public transportation.

The group met up with BART employees at Embarcadero Station in San Francisco. The kids were clad in pink Cameron House shirts and walked through the station in a wobbly line, flanked by camp counselors who gently kept them in tow. Matthews gave the kids a brief tour of the station and talked to them about how BART works.

“It’s the first time riding BART for almost all the kids here,” said Vienna Wu, the main camp counselor. She’s been part of Cameron House since she was a client of the organization in first grade. Now a college student, she came back this summer to give back to the next generation. 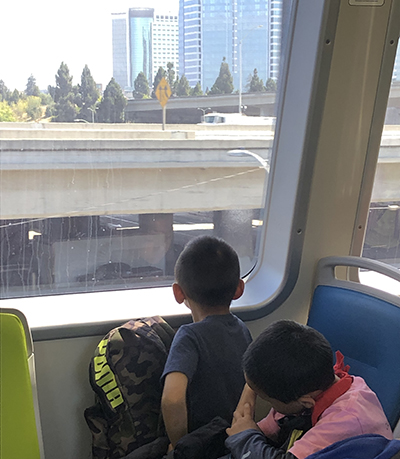 Image: Watching out the window as the train comes up from underground

The excitement was palpable as the group boarded one of the new Fleet of the Future trains, making their first BART experience extra special. One camper looked out the window excitedly as the train exited West Oakland station, exclaiming “we’re so high up!” They rode all the way to the 19th Street/Oakland Station to pay a visit to the BART headquarters, where a special surprise awaited.

The kids sat on the lawn outside the Kaiser Center building as Officer Justin Ross of the BART Police Department introduced his canine partner -- Blue, part of the K9 unit. Blue is trained to sniff out explosives as well as other possibly hazardous materials. Officer Ross explained that while Blue loves his job and is laser-focused during work hours, he likes to be social and do typical dog things when he’s off the clock. 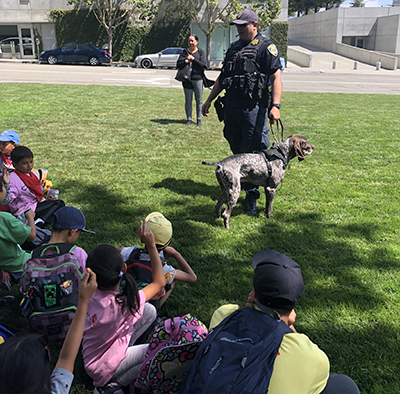 Image: The children get to watch a demonstration with BART Police K9 Blue

“He loves to play,” Ross said, as Blue leapt after a blue squeaky toy. The kids lined up to pet Blue before heading to Fairyland.

The park is only a hop, skip, and a jump away from the BART headquarters. The kids buzzed with excitement as they neared the large “Old Woman in the Shoe” sculpture that stands by the entrance. A Fairyland employee handed out maps and lists of park rules, then the kids were off to explore.

The park is split up into various sections; each adorned with various storybook sets, and the kids rotate among the sections in separate groups. One such is Anansi’s Magic Web - a mini ferris wheel themed around an African folktale. Camp leader Jadee, a junior in high school, has been volunteering with Cameron House for three years, but was a part of the organization since first grade. 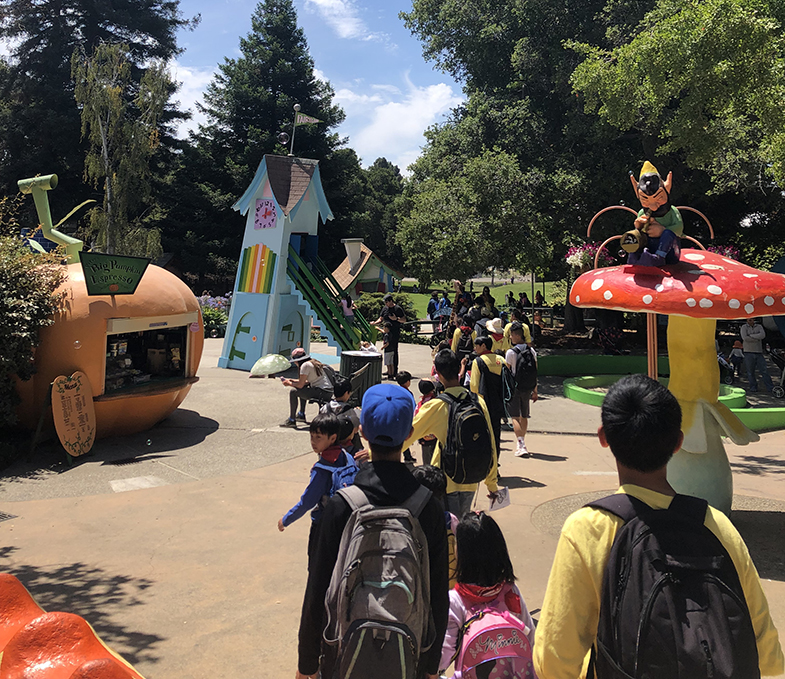 Image: The kids file into Children’s Fairyland and its magical fairytale exhibits

“The kids were really excited for this trip,” she said. “They wouldn’t stop talking about it. I love watching them grow up and seeing the joy in their eyes when they get to visit places like this. We’re really thankful to BART for setting up the trip”.

Adjacent to the ferris wheel are various animal attractions --  donkeys, sheep, rabbits and more --  along with a small green hill designed after the “Jack and Jill” nursery rhyme. Several campers tumbled down the turf using mats (no one broke their crown).

Some of the kids rode the carousel, its colored horses bobbing up and down, while others sped down the lengthy dragon slide. Across the park is the Storybook theater, where other campers intently watched a “Thumbelina” puppet show, based on the Hans Christian Andersen fairy tale about a tiny girl and her adventures with field mice, moles, toads and other small creatures. When the afternoon’s play was over, they lined up to return via BART to Cameron House, talking about their favorite parts of the day. 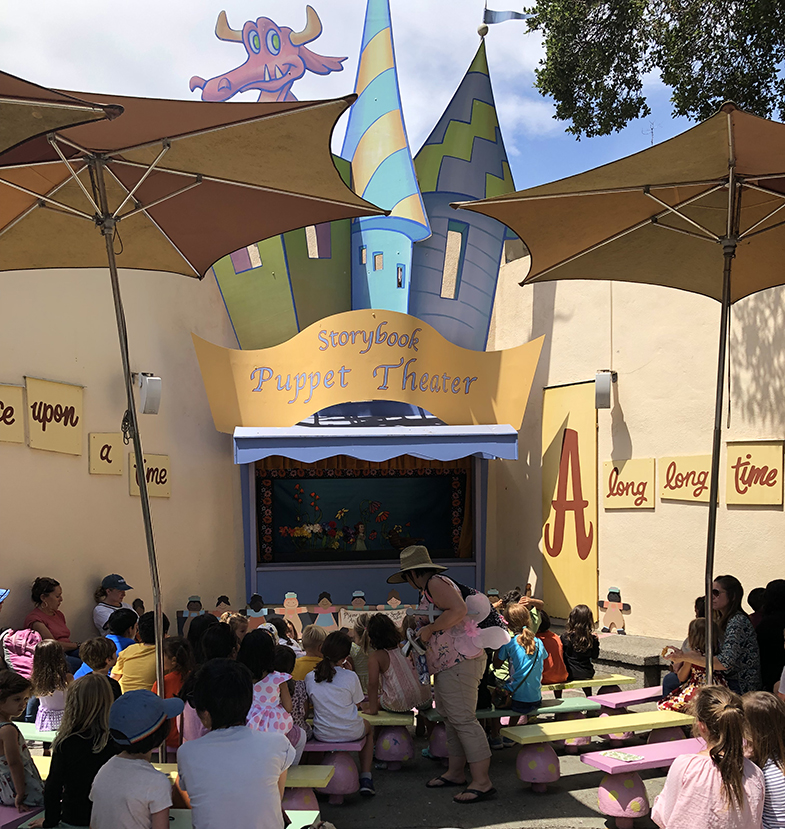 Image: Children saw a play in the Storybook Puppet Theater

Second-grader Isla loved the carousel, while her friend Madi thought the Alice in Wonderland tunnel was the best part. They got BART backpacks as a parting gift and were on their way, but not before Bryce could pipe up with excitement – “I really like it here!”

The Summer Youth Tour program is organized by staff from BART's Government and Community Relations Department, which partners with community groups serving youth in the BART District. This summer the program will give more than 180 children in grades K-12 experiences they may never have had, all using public transportation to visit educational and cultural destinations around the Bay Area. The program has wrapped up for 2019, but you can use BART’s comment/contact form (www.bart.gov/comment)  if you’d like to recommend your organization for consideration for future summer youth tours.