BART's new focus and reinvestment into station cleanliness have been paying dividends -- and receiving notice from riders across the system.

With Quality of Life issues as a top priority for improvement, BART has ramped up its hiring of station and train cleaners in the past year. The hiring focus will continue into the next few months, as new General Manager Bob Powers announced in August plans to hire 15 cleaners in his first six months, dedicated to focused overnight cleanings of the system’s busiest stations.

Improvements in cleanliness across the system have been noticed by riders in recent months. BART received noticeably higher rider satisfaction scores on station cleanliness in the latest Quarterly Performance Report for the fourth quarter of the 2019 fiscal year (April-June 2019).

Elevator cleanliness saw the highest jump, with 58.1% of riders giving a “good” or “excellent” rating, up from 42.8% for the same quarter of last year. Cleanliness scores of station concourses, escalator and stairwell all received slightly increases compared to the first quarter of 2019.

If you see a BART cleaner who you believe deserve a spotlight, please email BARTmedia@bart.gov or reach out on Facebook, Twitter (@SFBART) or on Instagram (@sfbayarearapidtransit).

On Facebook: "Meet Chikala, he’s been at BART for 2 months. He’s working hard to keep Powell clean. He goes out of his way to smile and greet riders each morning. Say hello and give him a shout out for helping the team at this busy station keep it clean."

"It's a never ending job, and it's appreciated!"

"Chikala, thank you for the hard work! As a disabled person who uses the elevators frequently, every time they are clean, I am so happy. When spills are mopped up, I am safe to walk. Important work you do!"

"Thank you Chikala! The difference is noticeable thanks to you" 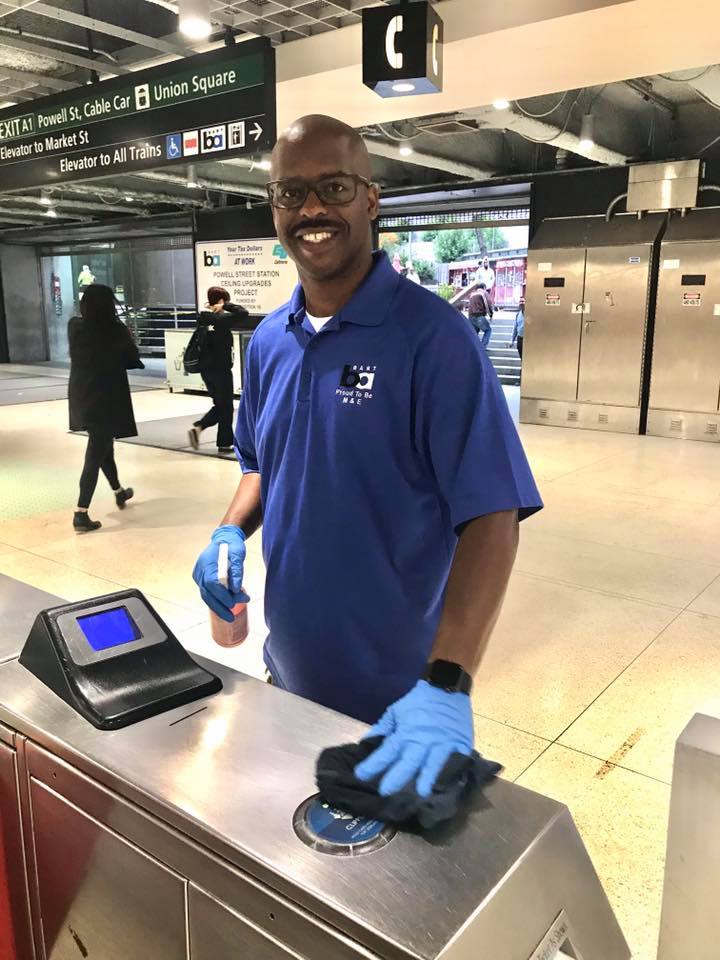 On Facebook: "Meet Garrett, he’s been with BART for 10 months as a station cleaner. He worked at Richmond Station the first 5 months and has been at Powell on swing shift since April. A rider emailed us earlier this week noting: 'I ride BART every week and this employee is always cleaning! It’s a pleasure to see him work at Powell BART in the evenings.' Thank you Garrett for helping keep our stations clean. Give him a wave hello!"

"Unsung hero, he does thankless work"

"Much much much respect for the BART station workers. Thanks Garrett- the riders love you."

"Garrett is a GREAT system service worker! Always polite and always on top of his work" 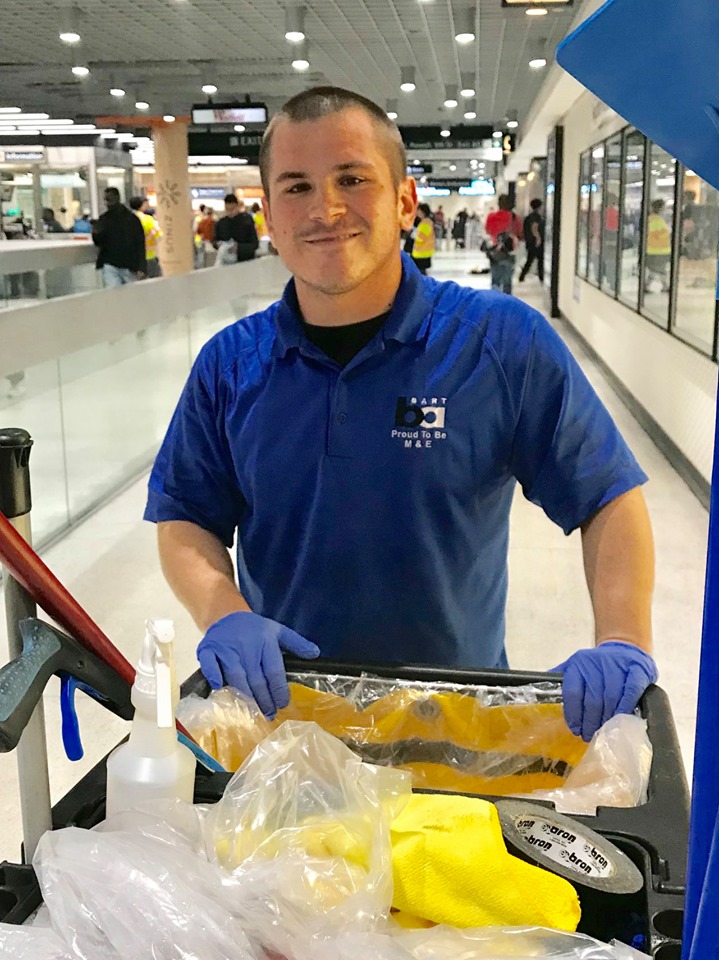 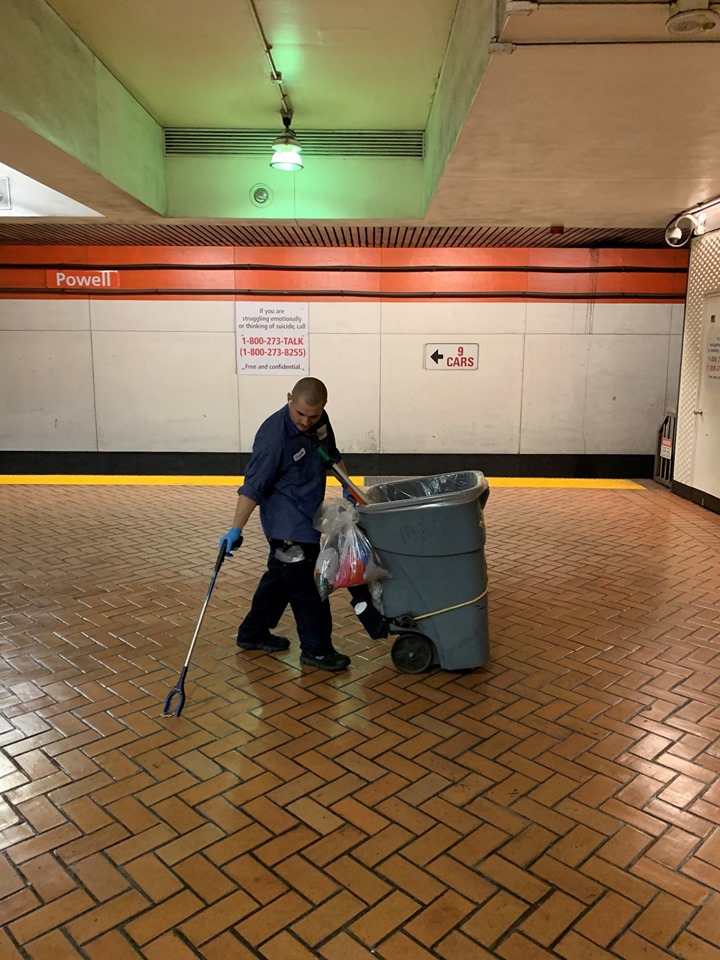 On Facebook: "Meet Norman. He’s an Oakland native who’s been at BART 6 years and works the swing shift cleaning the Bay Fair and Castro Valley stations and bathrooms.

Last week a rider posted on social media these pictures of the clean bathroom at Bay Fair. The rider wrote: “Today I wish to praise the spotlessness of the Bay Fair bathroom and its cleaner....I would imagine that being a BART cleaner is a dingy, depressing, tedious and monotonous job that doesn’t garner a lot (any?) appreciation....Let’s not take the cleaners of the world for granted”

We tracked Norman down to give him some much deserved appreciation.

Show him some love."

"Great work Norman! Public safety begins with public health and you are an amazing part of that. Take pride in knowing that your hard work and dedication is much appreciated by the customers of BART!"

"Give this man a raise! what I'm sure is not only often a thankless job, but incredibly hard work. Thanks, Norman! You are appreciated."

"I’ve never seen a public restroom that clean in all my life. Let alone one linked to public transportation. I hope Norman gets a raise too. Exemplary service for sure" 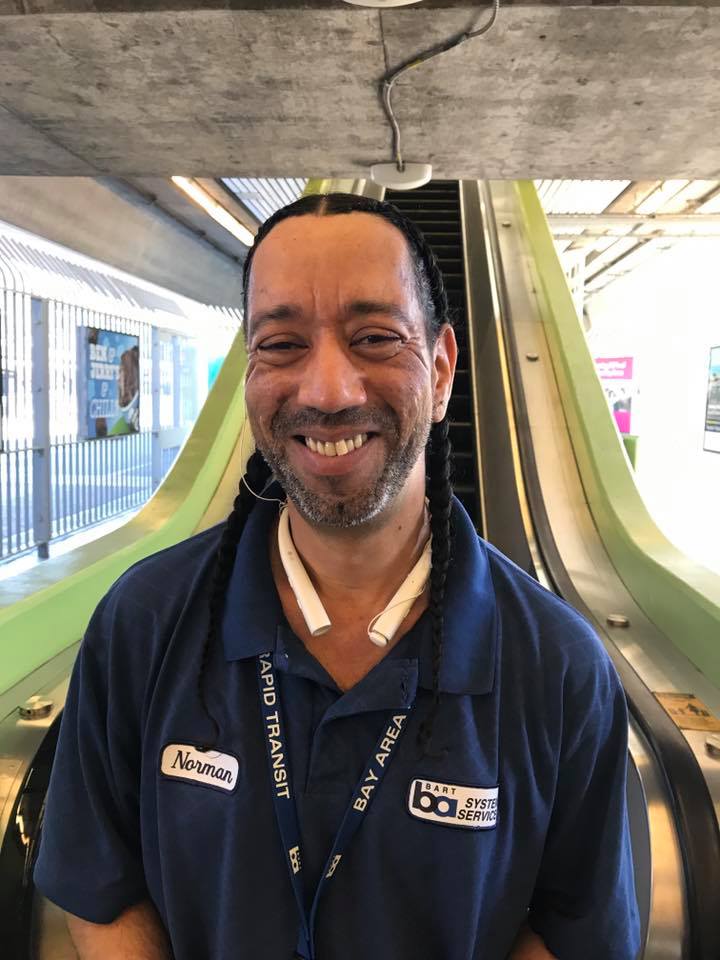 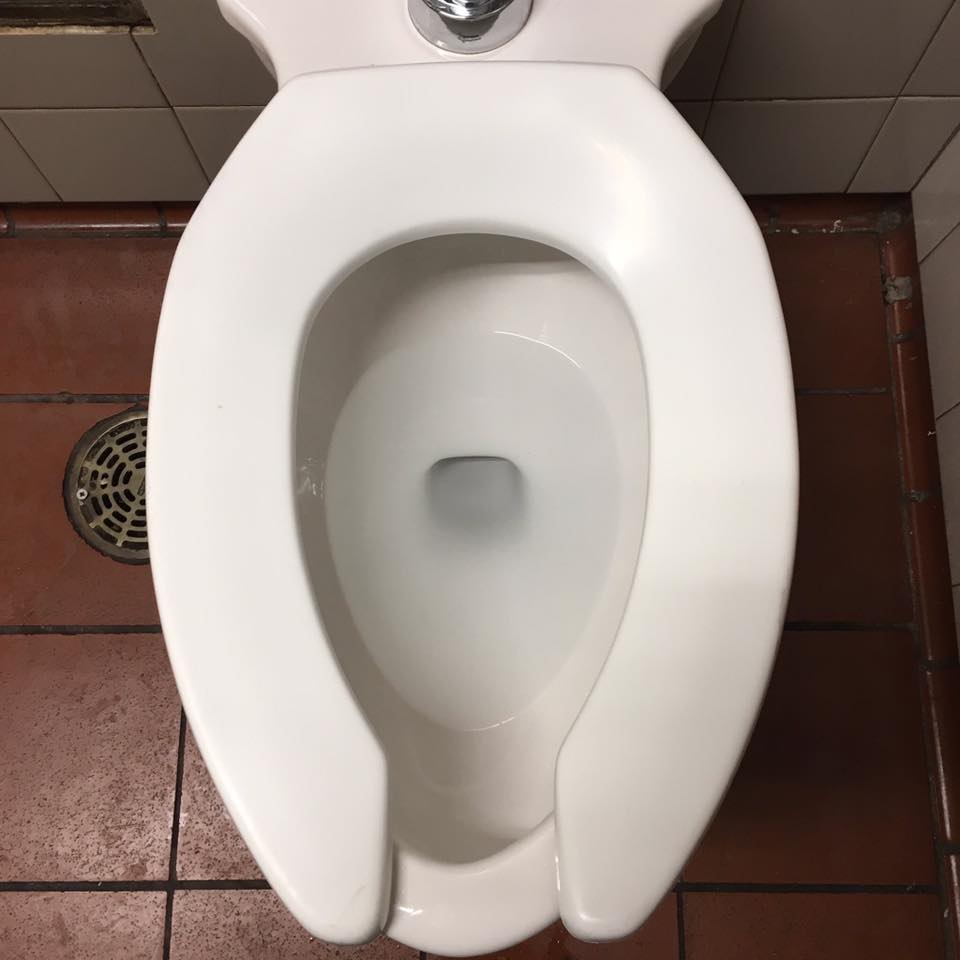 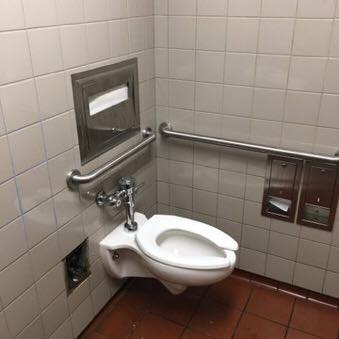 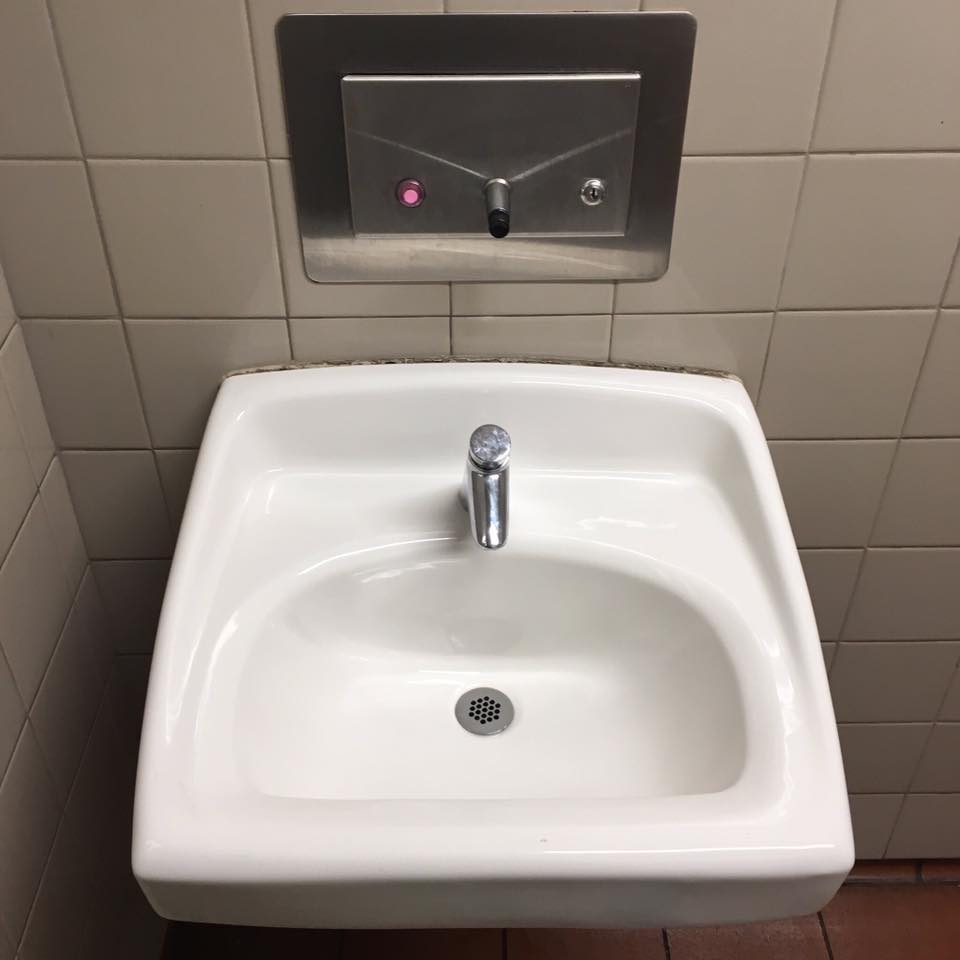 On Facebook: "Meet Jorge. He’s been at BART for just 3 months and has been doing a tremendous job cleaning 16th St Mission and Civic Center.‬

‪He comes to work ready to tackle the grit and grime. ‬

‪Let him know his efforts are noticed and appreciated."

"Thanks Jorge for all the hard work you have done to keep the station clean!"

"Thanks so much Jorge! Tough job, we appreciate you!" 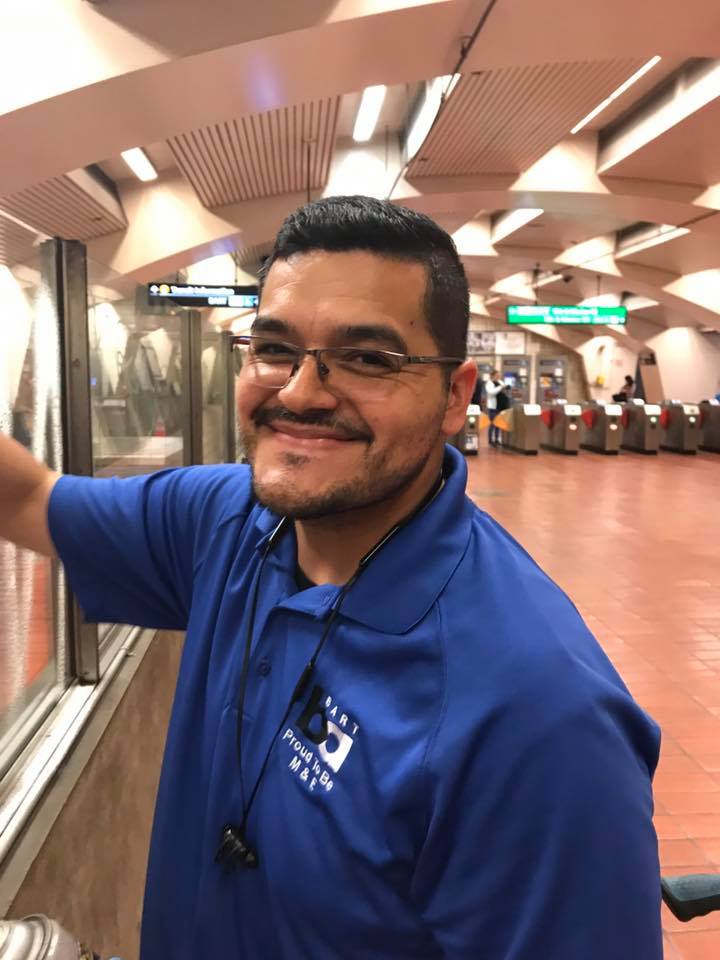 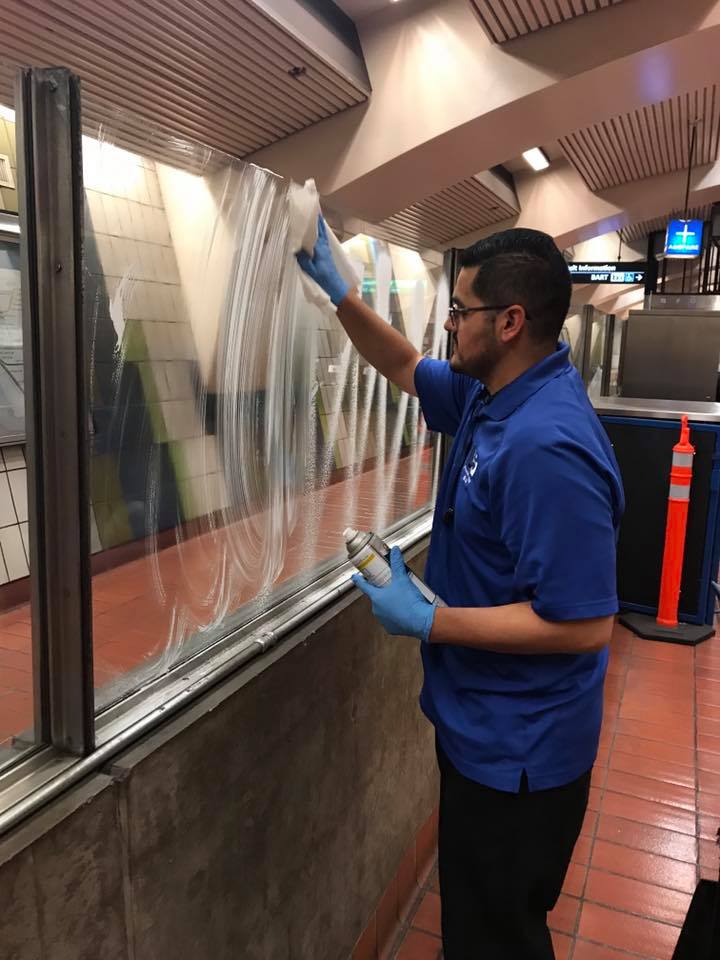