How BART kept the power on during PG&E's power shutoff

How BART kept the power on during PG&E's power shutoff 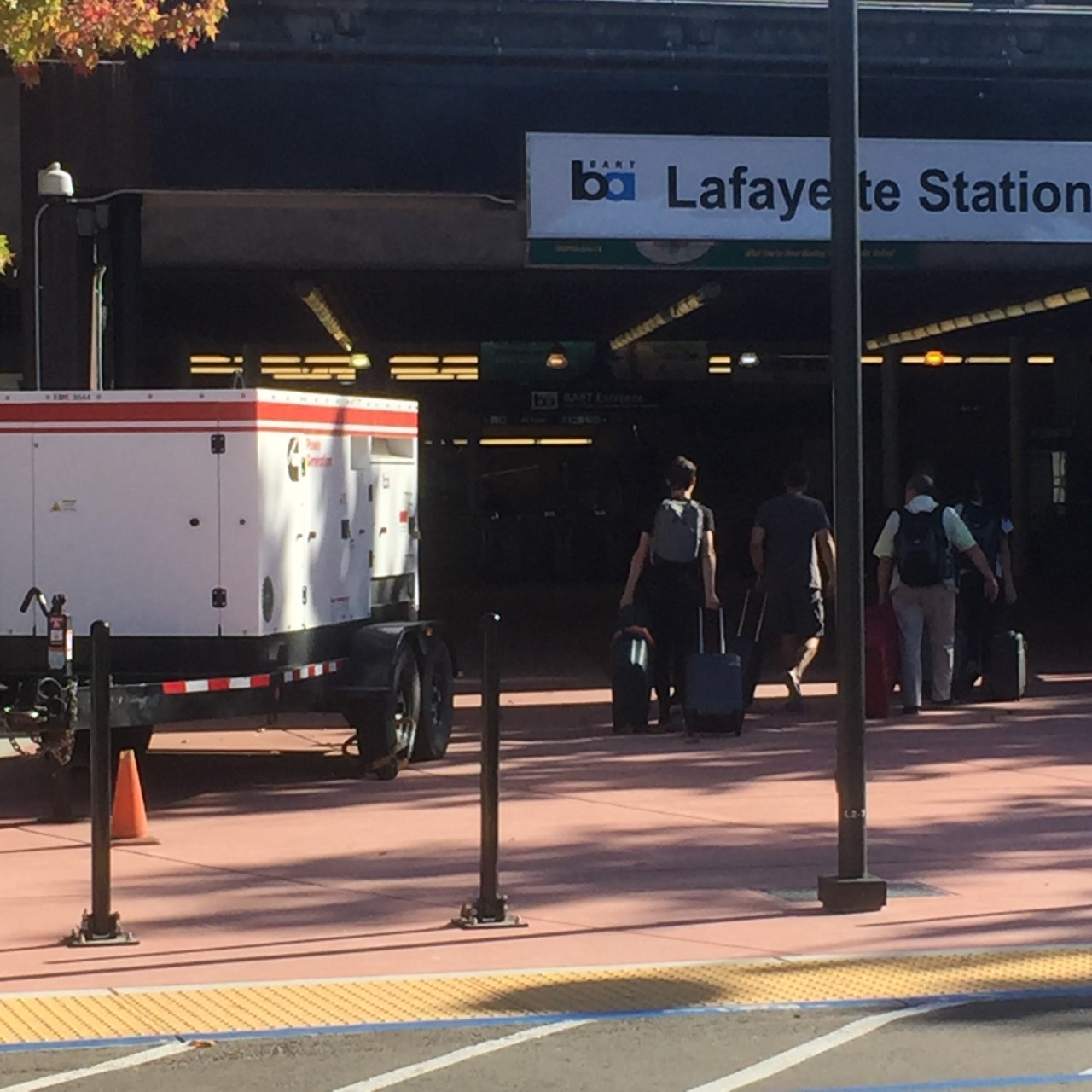 The challenge was high-stakes, unprecedented and borderline existential: Would BART be able keep its electric trains running if a power company shut off electricity?  The answer, perhaps surprisingly, was yes, the trains would run with nary a hitch but making that happen did not come easily. BART’s Maintenance & Engineering (M&E) Department, its Transportation Department and its emergency management team succeeded in providing train service to more than 400,000 riders each day in early October while all around them the Bay Area struggled to get by without power.

In early 2019 Pacific Gas & Electric (PG&E) announced that it would expand its regulator-approved strategy of pre-emptively deenergizing power lines when high winds, low humidity and abundant fuel created a potentially deadly mix of fire danger. The scope of the Public Safety Power Shutoffs (PSPS) now included BART’s power supply.  BART engineers immediately began asking PG&E officials questions. They wanted to know exactly where the power could be turned off and how would they find out about a potential electrical interruption. Open and honest lines of communication ensued and months of preparations began.

BART identified which of its 12 switching stations that receive PG&E electricity were most vulnerable. BART then made adjustments to ensure that, if one switching station was blacked out, another station could supply the electricity necessary to run trains. But a loss of power would affect more than just the juice to power train motors. BART’s M&E staff worked to make certain critical systems such as tunnel fans and radio communications systems were also protected by a combination of installed and portable generators. Then, there were the 48 passenger stations, which also receive power from PG&E but distribute it with a system separate from the power coursing through the third rail that moved the trains.

BART engineers pinpointed the stations most likely to be affected by a PSPS. Portable generators were staged at locations without installed generators. By September, BART announced to its riders and to the general public that it was ready. General Manager Bob Powers wrote, “Given PG&E's commitment to provide notice prior to any PSPS disruption, BART expects no disruption to train service because of the enhanced power redundancies we have put in place across BART's system.” BART – and the Bay Area – would find out if that was true the week of October 6. (Image above right: A generator staged outside Lafayette Station)

PG&E began public notifications that it was considering a PSPS that would ultimately cut electricity for 738,000 customers (more than 2 million people) in 34 counties. BART’s Manager of Emergency Preparedness Jodi Traversaro activated the Emergency Operations Center (EOC) to coordinate resources and communicate situation status to engineers, transportation partners, and regional and state public safety leaders. M&E dispatched electricians to 15 locations where portable generators were staged to monitor fuel consumption and power supply.  More than 30 people staffed the EOC around the clock to ensure redundancies were in place and essential BART services remained reliable.  Managers intensely monitored power supplies and flow throughout the BART service area and jumped on conference calls with the utility regularly to communicate status and observations.  The information flow was used to rapidly respond to an evolving situation.

BART's Office of External Affairs worked to get the message out to the public and ease their commute concerns, "BART is prepared and the trains will run."

By October 10, the PSPS had reached three of BART’s four service counties. BART worked closely with transportation partners and County Offices of Emergency Services to be ready to support any disaster transportation needs should they arise.

For BART riders, the only noticeable impact was that three stations did not have escalator service. Deemed a low priority, BART officials instead used generator power to keep the elevators, ticket machines and other stations functions operating.

The following day, PG&E announced it was ready to restore electricity to BART’s switching stations. Rather than rushing to cut off the generators, BART elected to wait until after midnight, when passenger trains were no longer running, to switch back to utility power. We’ve made it this far, M&E leaders thought, why chance a glitch? BART opened for service as normal on Friday, October 11, as if nothing had happened. And that’s just what everyone who planned for and responded to the PSPS wanted. 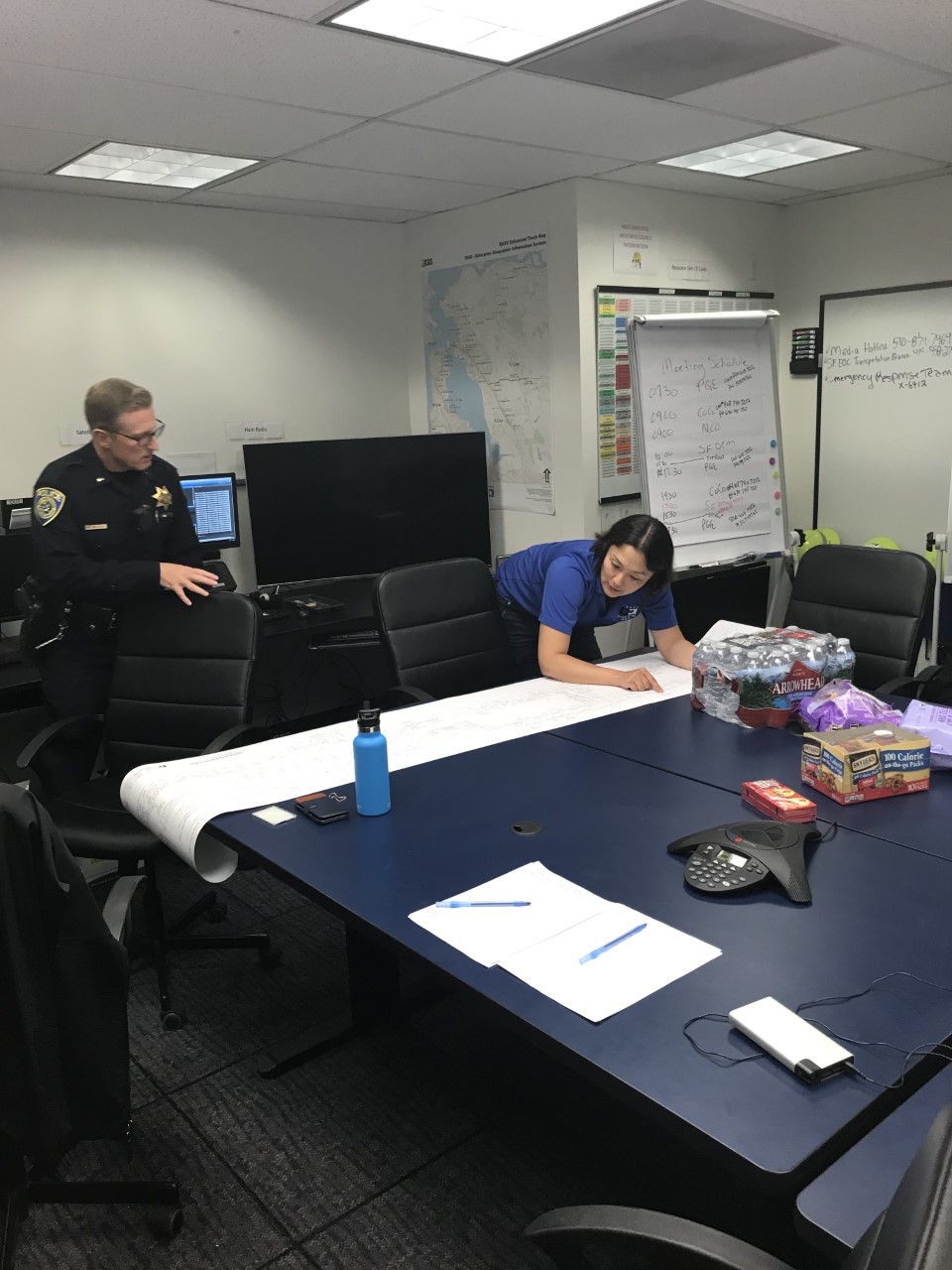 Staff in the Emergency Operations Center