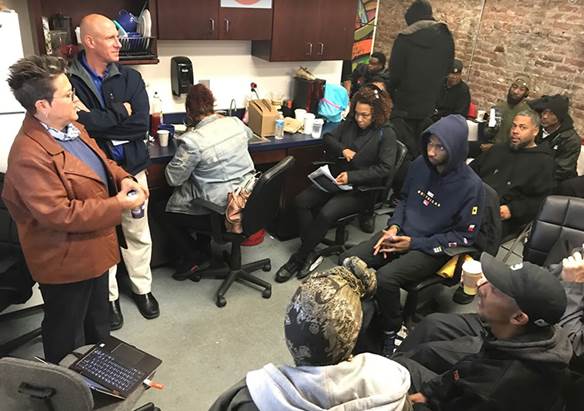 A program placing attendants in elevators at Civic Center and Powell Street stations in San Francisco has been so successful it has been expanded to Montgomery and Embarcadero stations as of Nov. 4.

Data collected so far showed that unwanted behavior on the elevators, such as drug use or graffiti, dropped to virtually zero with attendants in place. The attendants are part of a commitment to improve the BART customer experience by BART's new General Manager, Bob Powers. 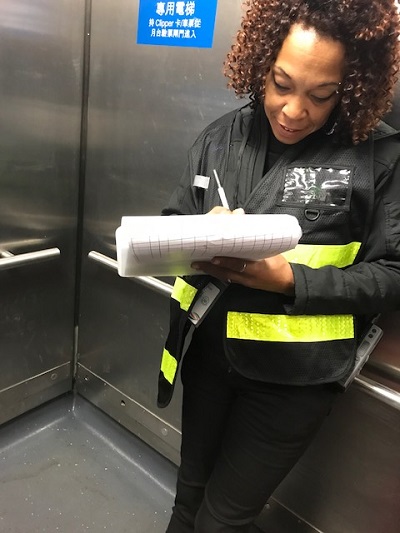 BART contracts for the elevator attendant service with the nonprofit Urban Alchemy. Urban Alchemy evolved out of the Hunters Point Family nonprofit, which primarily serves families from the Bayview/Hunters Point neighborhood of San Francisco.

“The work we’re doing at Urban Alchemy got to be so big it sort of outgrew the mission of Hunters Point Family,” said Lena Miller, founder and CEO. “We want to be able to really focus on the expansion of the elevator attendant program and take it to the next level.”

In partnership with the San Francisco Municipal Transportation Agency, the elevator attendant program began on April 30, 2018, at Civic Center and Powell stations. The Fiscal Year 2020 budget that was passed this year supplements and continues quality-of-life initiatives, including $2 million to address impacts of regional homelessness, including outreach programs, elevator attendants and attended Pit Stop restrooms.

Experienced attendants will shift to the two new stations, giving new hires a chance to learn the ropes at the already-established stations where customers are more familiar with the program. (In photo above right, a new elevator attendant is pictured on Monday, Nov. 4, the first day of the expanded program.)

“We are going to make sure we knock it out of the ballpark,” Miller said. “We’re setting our staff up for success by giving them training and supporting them in the work that they do.”

At a training session last week, the new hires learned about how the elevator doors work, what their role will be and how important they are to customers who need to use the elevators.

“Our elevators are very old,” Mike Lemon, the head of escalator/elevator service, told the group. “Trying to keep them running is a monumental task, and you’ll be helping us to do that. With attendants, reliability improves, and customer service improves,” he said.

David Coggshall, the superintendent of the System Service department that keeps stations and elevators clean, said BART passengers have returned that love and respect, submitting hundreds of comments of overwhelmingly positive feedback.

“It is so important that you are here,” he said. “What used to happen in the elevators doesn’t happen anymore. Your presence and your professionalism mean so much to our patrons and our employees. We’re here to support you because you are supporting us.”

Tantay Tolbert, one of the new hires, walked down to Civic Center Station after the training and met Edward Johnson, who will be promoted to a supervisory role next week after serving as an attendant for about a year.

“That’s great to know there is a path to move up once you get your foot in the door,” she said, peppering him with questions about what it’s like to do the job, preparing herself to hit the ground running.

One new addition at the Montgomery Station elevator will be a switch in where customers tag in or tag out to process their fares. The ADA faregates are on the platform level, rather than the concourse level.  This will make it easier with less hassle for elevator riders to pay their fare. Previously, riders needed to travel out of their way to pay. The faregates will open under all of the safety and emergency conditions that open normal faregates. They can also be opened remotely by BART Police Dispatch, the Operations Control Center and the Station Agent for other emergencies. An intercom is adjacent to the gate, allowing customers to contact the Station Agent if needed.

Elevator attendants will help spread the word as customers become adjusted to processing their fares in the different location.  See photo below for what new faregate at Montgomery Station platform level looks like. 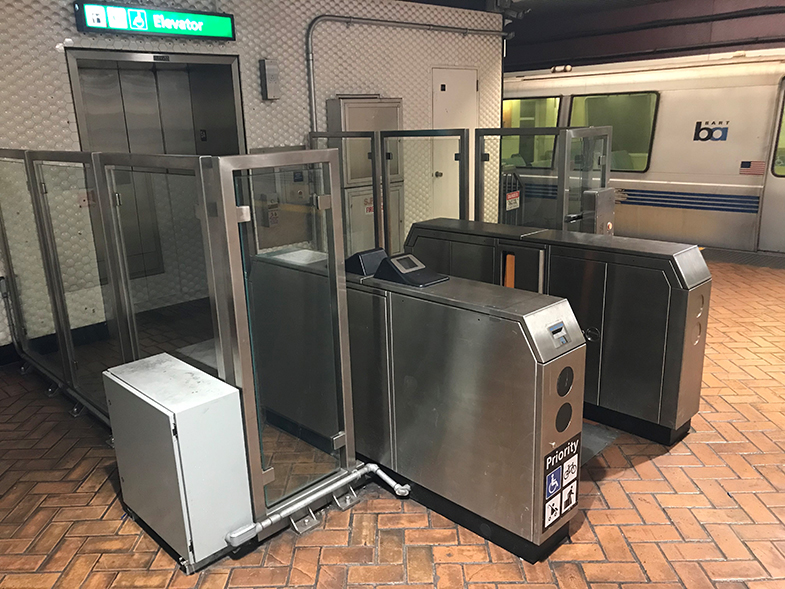