At about 1 pm on Tuesday, November 19th BART Police staff was informed of a confrontation between two adult males on a Warm Springs-bound train.  The train was held for officers at the South Hayward Station at approximately 1:05 pm.  Hayward Police and BART Police officers both responded.  Upon arriving, officers located a man with stab wounds on the train.

The suspect has been identified as Jermaine Jeremiah Brim (date of birth 12/8/1979).  He provided an address out of Sacramento when he was booked at Santa Rita Jail.  The name of the victim will be released by the Alameda County Coroner and is pending until the notification of next of kin.

Our partners at the Hayward Police Department, along with our officers, had a good description of the suspect and conducted an area search. They were able to arrest a suspect matching the description a block from South Hayward Station on Tennyson Road.

Our hearts go out to the family and friends of the victim. This is a tragedy. Violent crimes of this magnitude are very rare on BART. In response to this tragedy BART General Manager Bob Powers and Interim Police Chief Ed Alvarez are working in conjunction with the police union to boost visible officer patrols throughout the system.

The suspect in the fatal stabbing on Tuesday, November 19th has been identified as Jermaine Jeremiah Brim (date of birth 12/8/1979).  He provided an address out of Sacramento when he was book at Santa Rita Jail.  Brim's booking photo is below. 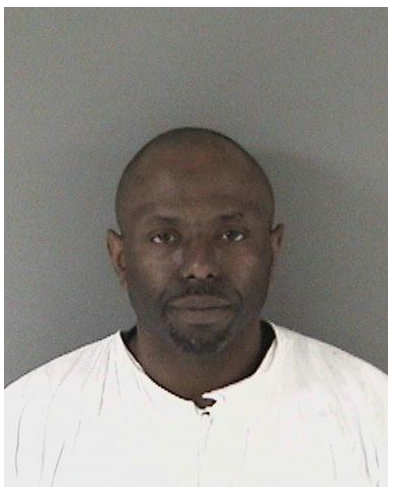 Statement from BART General Manager Robert Powers on the Tuesday, November 19th homicide, which occurred on a train at the South Hayward Station:

“We are heartbroken that a person has lost his life due to violence on one of our trains this afternoon. We extend our sincerest condolences to the family and friends of the victim.

BART is taking immediate steps to address concerns many of our riders may have as a result of the tragic death.

Effective immediately, we are increasing the presence of BART Police personnel throughout the system. Additional sworn Police Officers, non-sworn Community Service Officers, and Fare Inspectors will be in the system, on station platforms, and riding the trains as a result of posting additional overtime.

I want to thank the BART Police Department and the Hayward Police Department for their swift action in taking the suspect into custody. We appreciate the partnership we have with local police departments and will continue to work together to ensure safety in and around the BART system.

The safety of our customers and employees is, and always will be, our top priority."