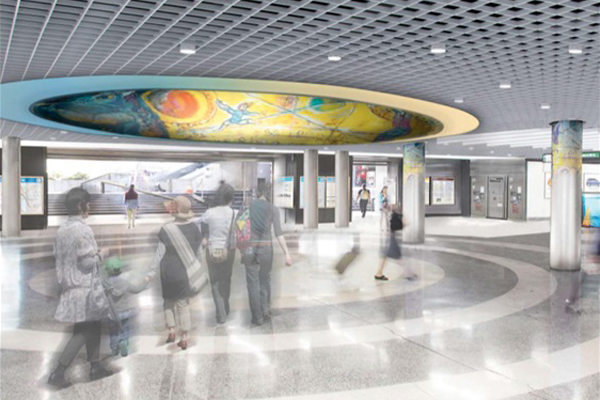 The BART Board today authorized the General Manager to award an $11.3 million contract to modernize Powell St. Station. The modernization includes reconfiguring and reopening bathrooms at the station, moving ticket vending machines in the middle of the concourse near the entrance to Westfield San Francisco Centre to improve line-of-sight, installing LED lighting on the platform, installing five-foot-tall glass fare barriers and relocation of existing fare gates to improve passenger flow.

The Board also approved two options: 1) replacing platform seating and flooring and 2) an accessible ramp at Hallidie Plaza. Proceeding with the two options is contingent on identifying $3.7 million in funding for the options.

The $11.3 million base contract will be funded by a combination of Prop 1B and Prop K funds as well as a significant contribution from the San Francisco Municipal Transportation Agency.

The contract will be awarded to ProVen Management, Inc. of Oakland. At this point, it’s too early to have an anticipated start and completion date for the modernization project. 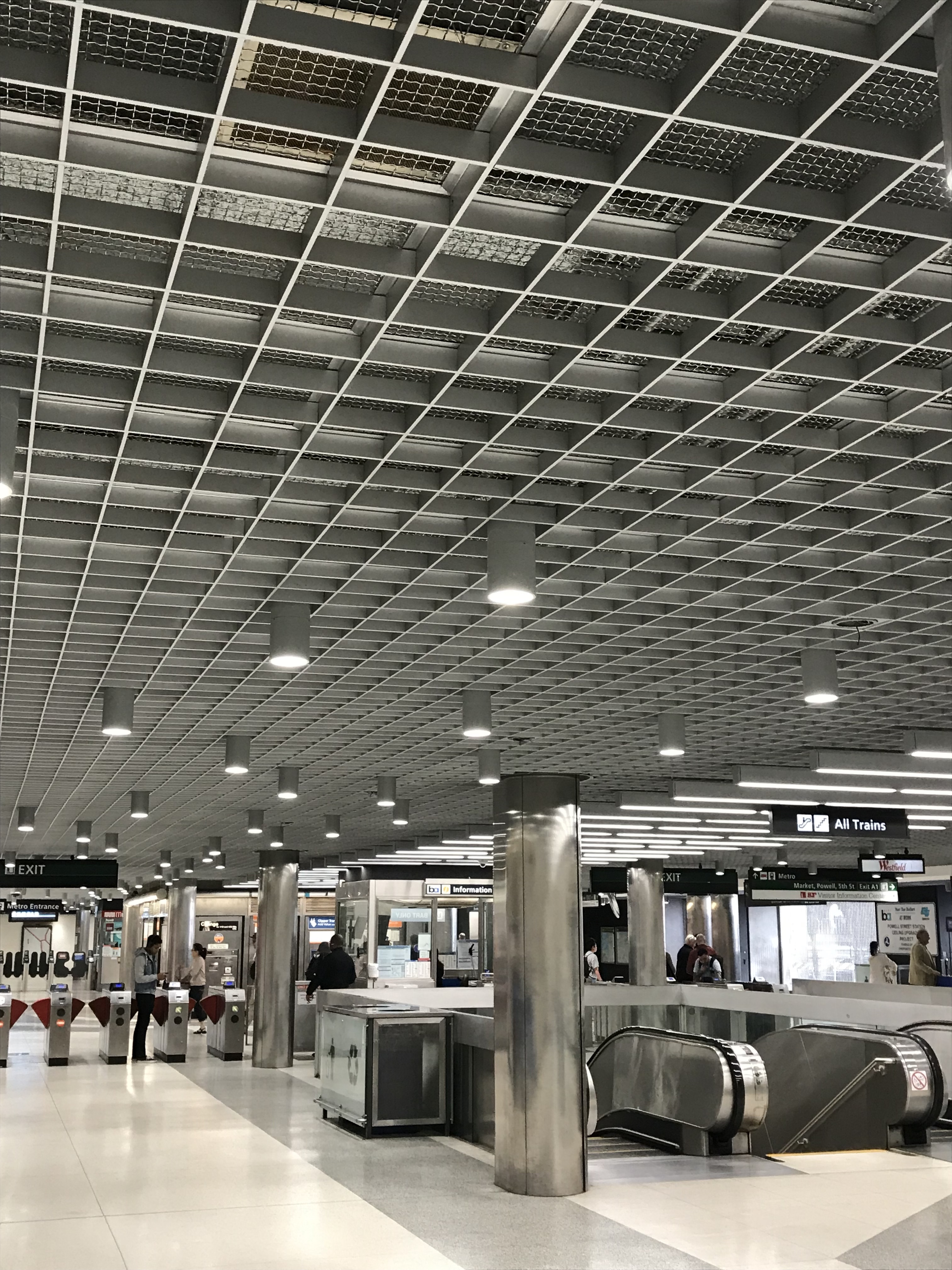 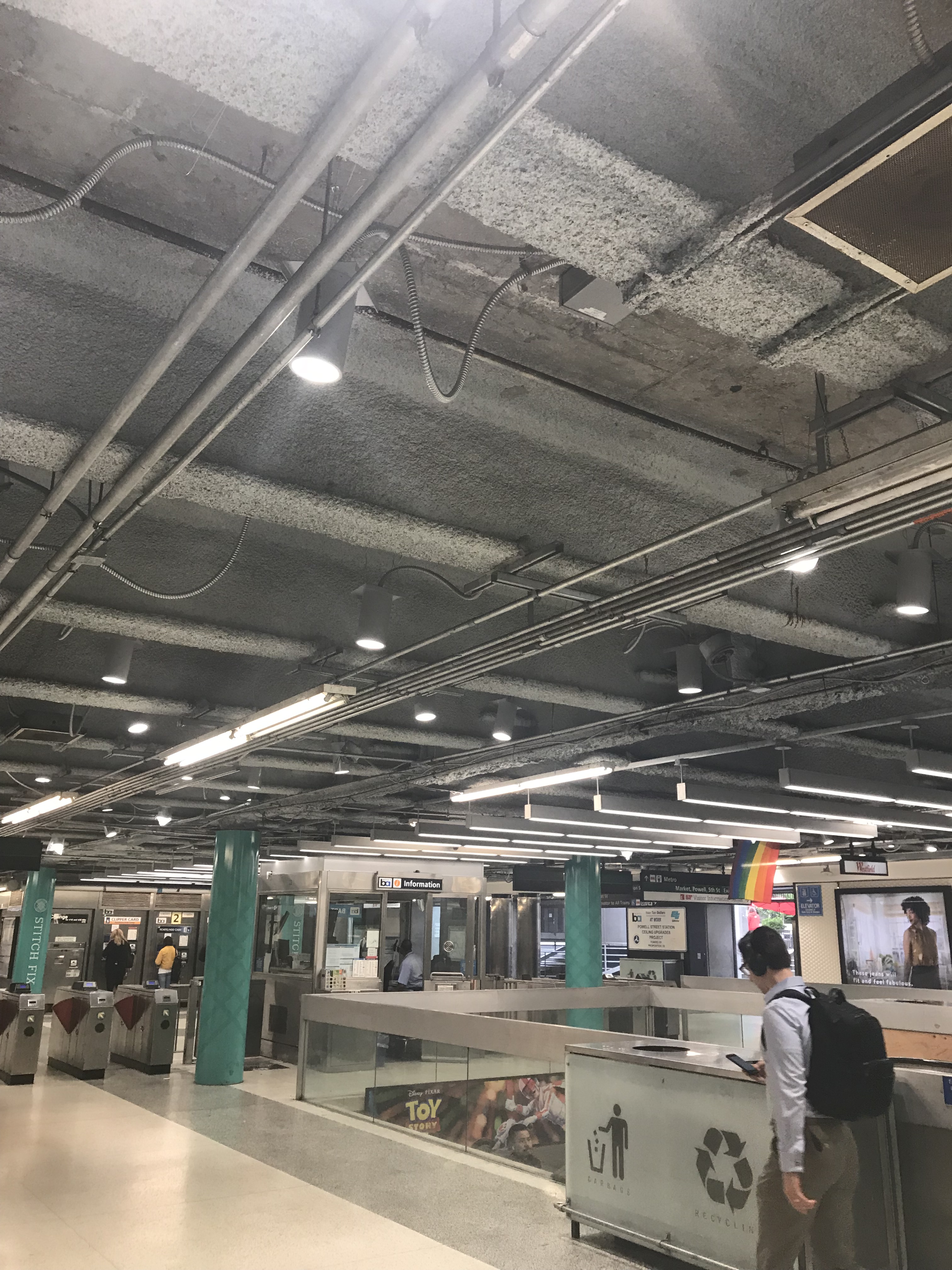 Photos show after and before Powell Station ceiling project's completion.

Earlier this year, the Board awarded a contract to modernize and reopen the restroom at the 19th Street Station. Reopening the restrooms at both Powell and 19th Street stations will be a pilot program. Underground restrooms have been closed for security reasons at the recommendation of Homeland Security following the September 11, 2001 terrorists attack.