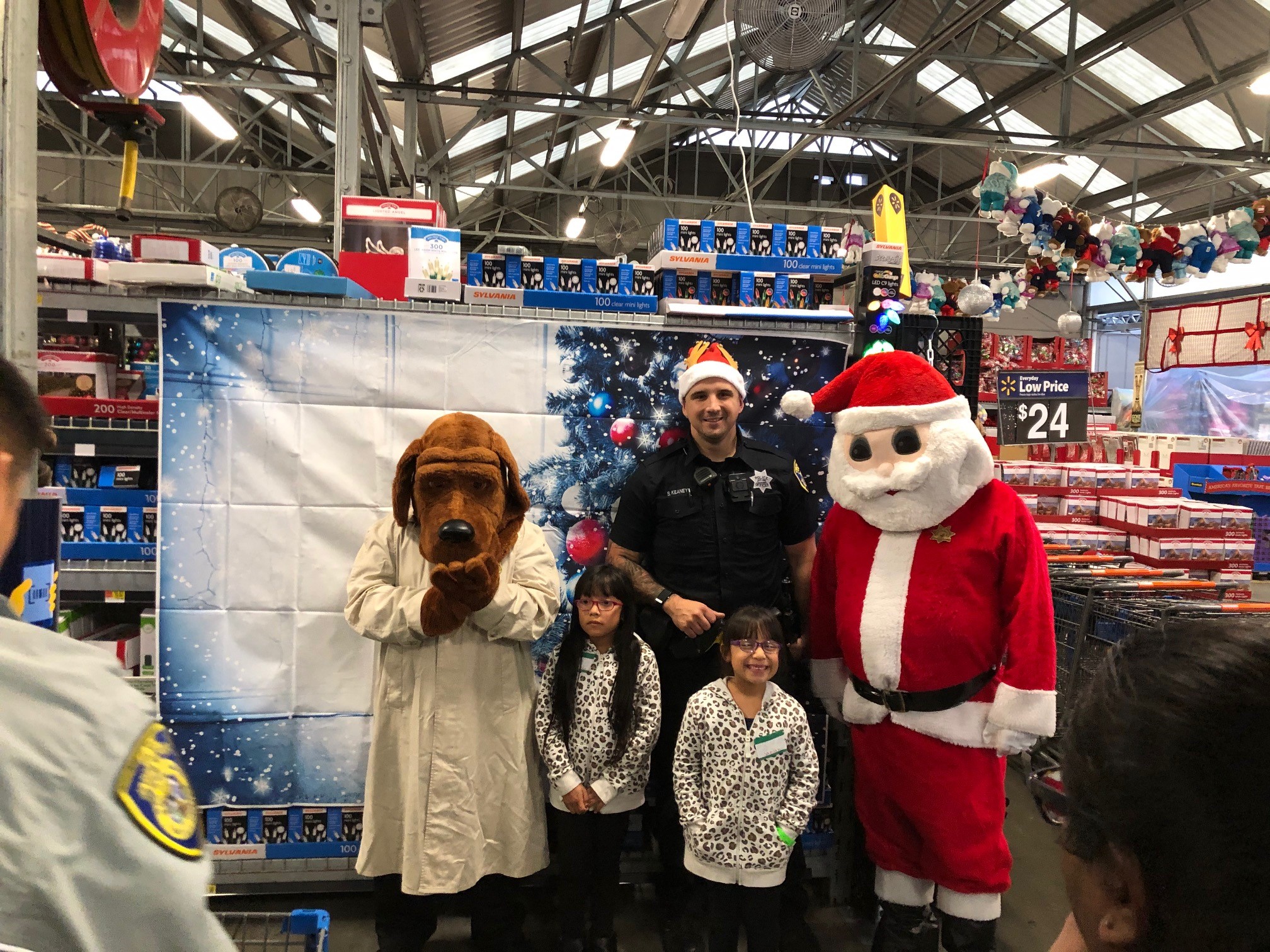 A record number of children from low-income families received a holiday to remember this week, as BART PD and other local law enforcement agencies teamed together to buy the toys, clothing and school supplies the children has been wishing for.

On Wednesday, December 11, BART PD hosted the sixth annual "Shop with a Cop" event and hosted 65 children to the event at a Walmart in San Leandro -- a record high.

Accompanied by a police officer or a community service officer, each child received a $100 gift card to spend at Walmart. The rules: the child and law enforcement officer must spend as close to $100 on one clothing item, one school item, and toys -- either for themselves or as gifts for others.

BART PD interim chief Ed Alvarez said events like "Shop with a Cop" are great ways for the officers to meet the community and bring positive impact.

"It's all about giving back to the communities we serve and giving these kids a happy Christmas," said Alvarez. "This is a big happy event for everyone who participates. People in our department look forward to this event for weeks and months."

Sgt. Ja'Son Scott, who initiated the event at BART, said the idea behind the annual Shop With a Cop has always been to reach out to disadvantaged families with children in the Bay Area and to practice BART PD's community-oriented policing philosophy in action.

As word grew about "Shop with a Cop" and the impact it had on local families, other East Bay law enforcement agencies reached out to Scott asking if they can participate. This year, Oakland PD, Piedmont PD, Berkeley PD, and Alameda County Sheriff officers joined BART PD officers to take photos with the children and Santa and McGruff the Crime Dog and walk the children around Walmart.

The big box store were soon covered with police officers in uniform pushing the shopping cart as children navigated the aisles, looking for what to buy. One child was Zakara, who loaded her shopping cart pushed by BART PD Officer Gary Clark with a jacket, notebooks, scented crayon pencils, t-shirts and a Elmer's Snow Slime glue kit. For Zakara, the glue kit was the prized gift she's been wanting.

Zakara's aunt, who accompanied Zakara and Officer Clark, said the event itself was a gift on its own.

"It's so great because there's not always enough to grow around in our family during the holidays for gifts," said Zakara's aunt. "The whole thing has been wonderful from taking photos with Santa, the hot chocolate, and the shopping experience." 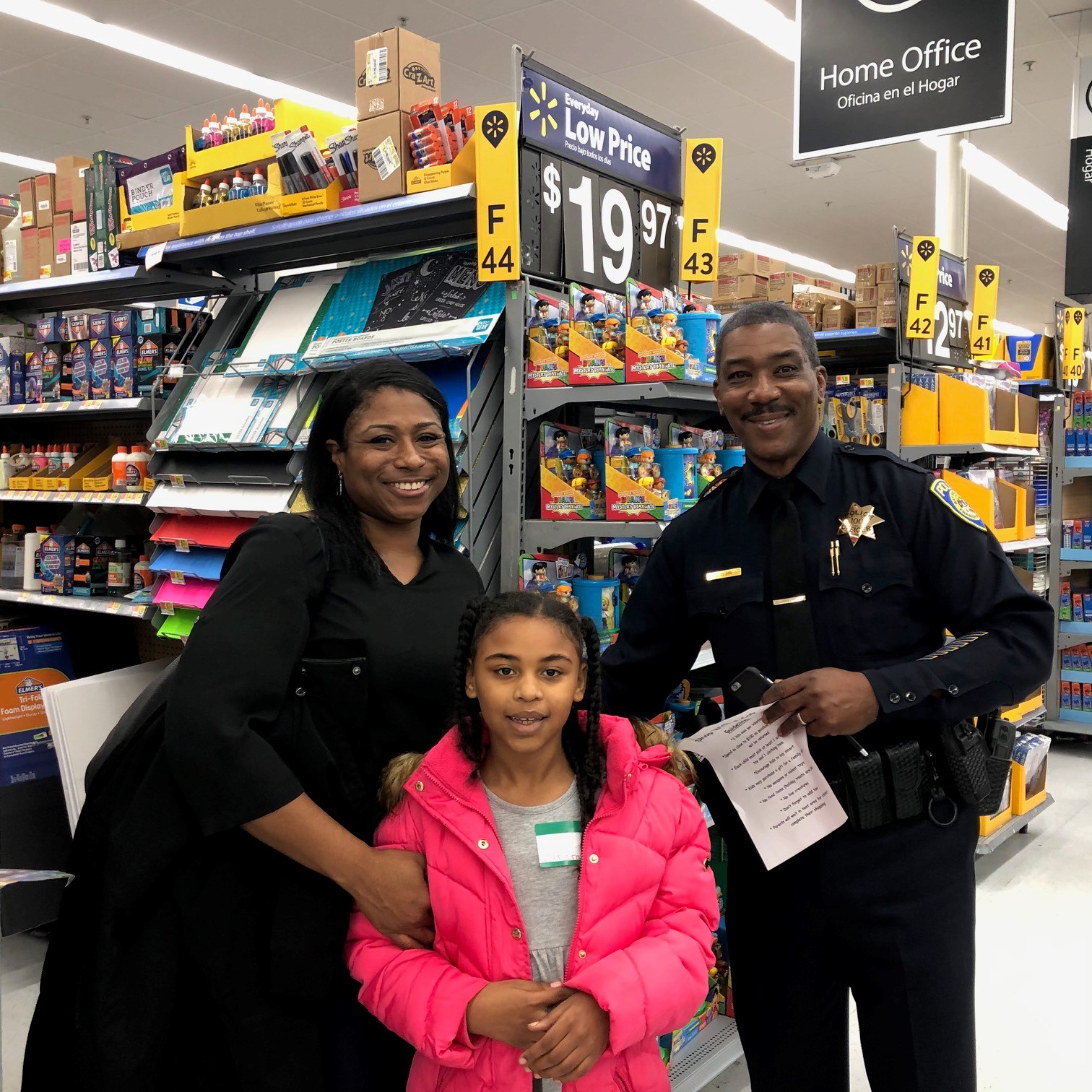 For Rudy, his family waited outside, as he and Lt. Tanzanika Carter shopped shirts, pants -- he was looking to buy clothes, said Lt. Carter -- and a personal treat: Minecraft the video game on PlayStation 4. 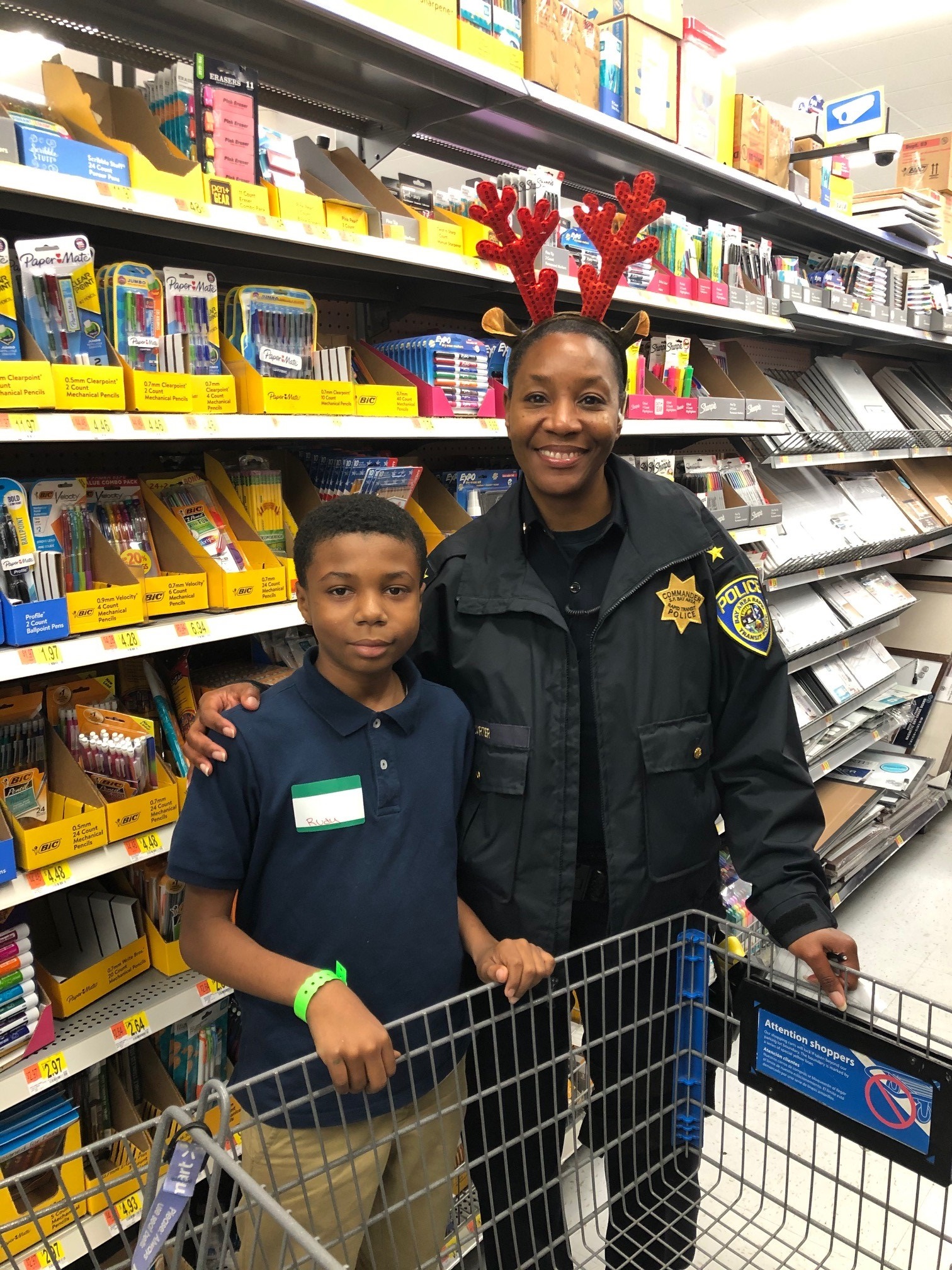 Funds for "Shop with a Cop" were raised from the BPD Cupcakes for Kids fundraiser where gourmet cupcakes were sold for $5 each. All proceeds went to the event. Additional donations from BART PD officers and members of the community were also provided.

After another successful event, BART PD officers commented on the event as a holiday tradition of its own.

"It just feels so good to give back to the community," said Officer Clark. "It's a true blessing."