At the Thursday, December 19, 2019 meeting, the BART Board of Directors issued a commendation to 22-year-old Sophia Humphrey for her compassionate and courageous actions during and after a fatal attack on a BART rider on November 19, 2019 onboard a train.

Humphrey, a nursing student at Ohlone College, texted police as the attack was taking place to alert them that a response was needed. When the attacker fled the train after it pulled into South Hayward Station, Humphrey got out of her wheelchair, guided herself to the floor, slid to the victim and applied pressure to a wound on his neck.

Humphrey stayed with the victim, later identified at 49-year-old Oliver “Tyrone” Williams, until emergency responders arrived. She did all she could to save William's life, including holding him, talking to him and praying for him. Minutes after emergency personnel arrived, Williams was declared dead at the scene.

"I feel she, as a nursing student, is an amazing person. She had no fear when this incident happened", said BART Board member Liz Ames, who represents South Hayward Station, as she recognized Humphrey. "What an honor it is to know she was there and he (Williams) did not die alone... she is a compassionate hero."

In her remarks to the Board and meeting attendees, Humphrey said, "I know God gave me what I needed in the moment and I hope if others find themselves in a situation where they have the capability to help, they wouldn't hesitate to help."

The suspect in William's murder was arrested a short time after the attack thanks to the combined efforts of Hayward and BART police. 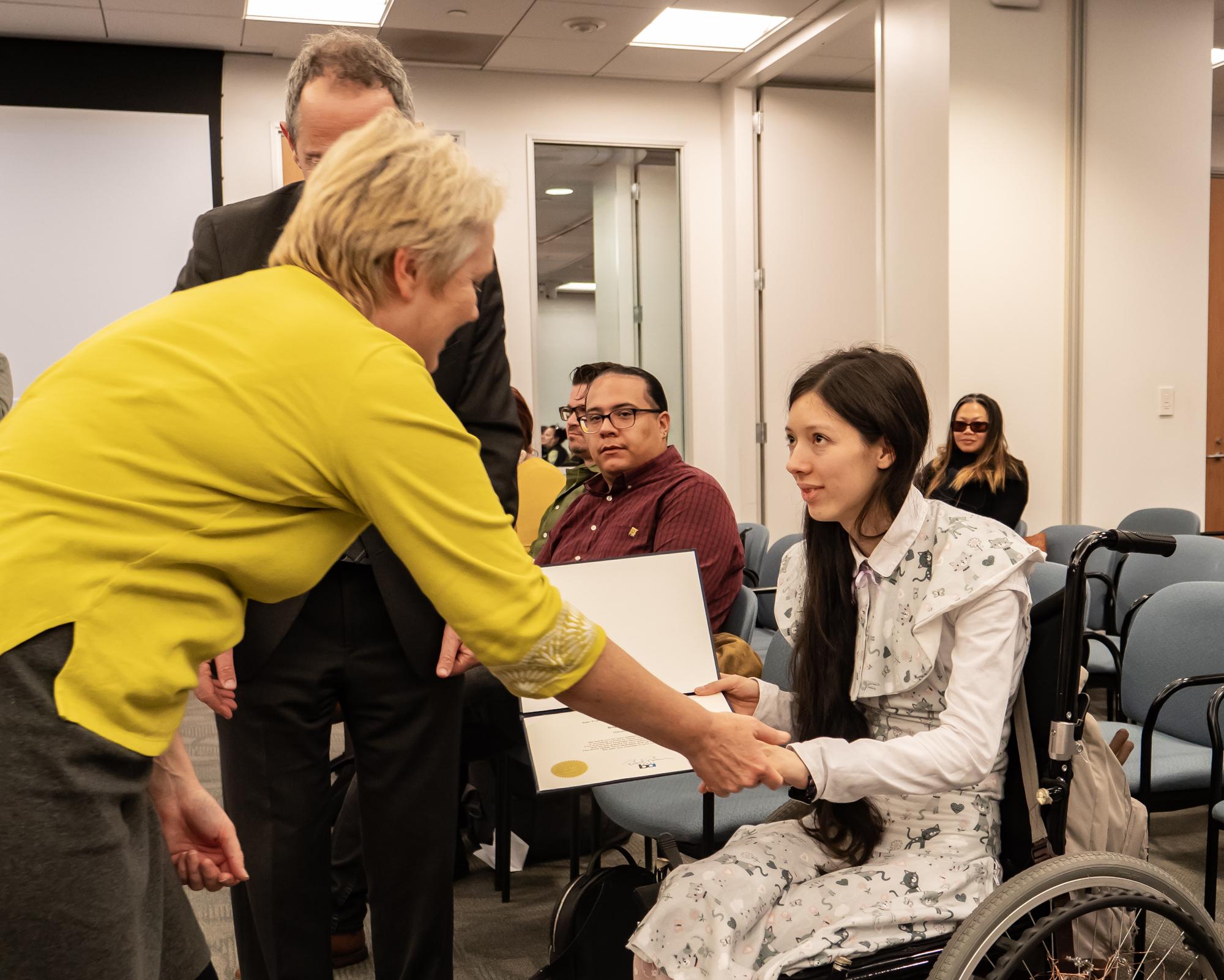