Board approves project to deliver WiFi at BART and cellular upgrades

Board approves project to deliver WiFi at BART and cellular upgrades 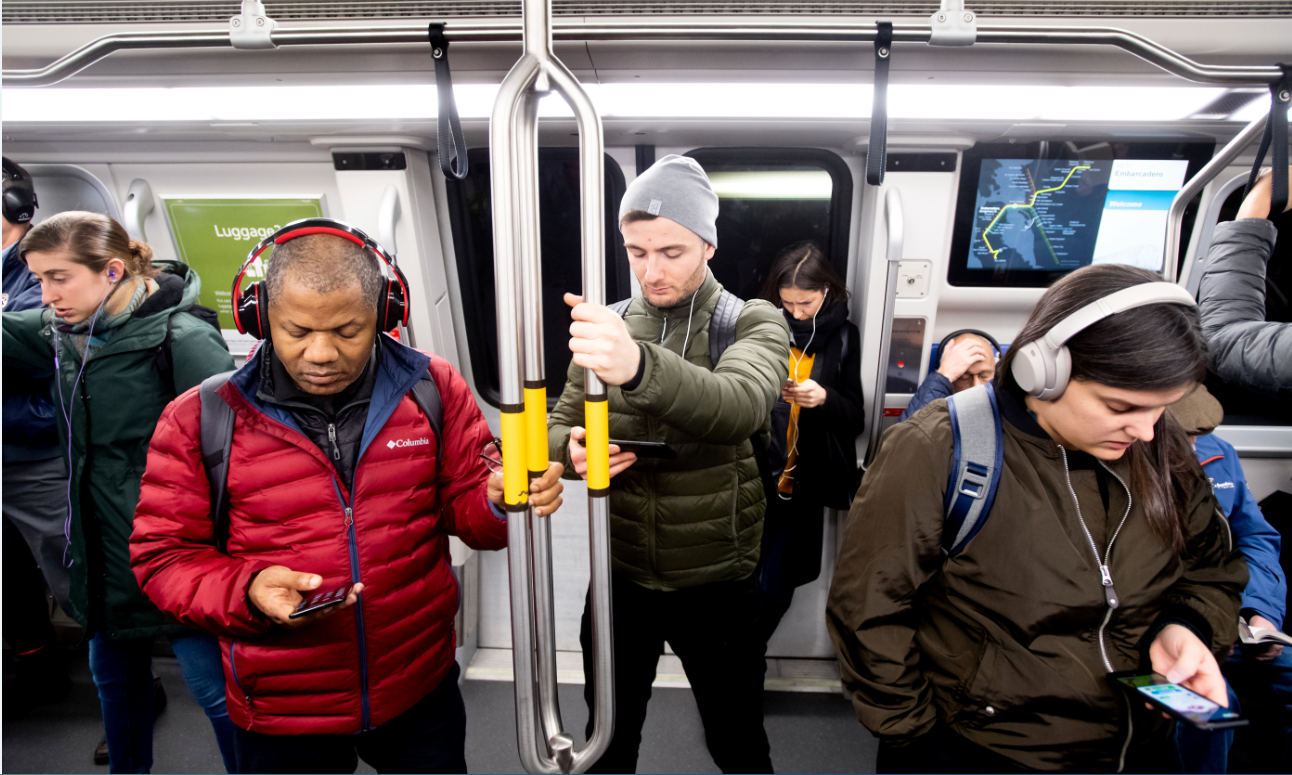 The BART Board unanimously approved a plan Thursday that will markedly improve cell phone connectivity across the system, and provide seamless WiFi coverage in all stations and aboard Fleet of the Future trains.

The project will construct new WiFi and Bluetooth infrastructure, and enhance cellular coverage to drastically reduce dropped calls, provide reliable connectivity for video and audio streaming while riding and waiting, and allow for improved app functionality, even in underground stations.

Looking towards the future, the project lays the groundwork necessary for potential future mobile ticketing and on-demand personalized service information on a riders’ device of choice.

The advances would be part of new General Manager Bob Powers’ emphasis on improving the customer experience while generating revenue for BART by expanding underground cellular and fiber optic infrastructure.  “We must bring our technology up-to-date and expand broadband coverage to better compete in the transportation market and provide convenient, easy to use transit,” said BART General Manager Bob Powers.

The Board will be asked to approve agreements with the nation’s largest private wireless infrastructure firm, Mobilitie, to build and operate new revenue generating wired and wireless communications technology infrastructure at BART. SFMTA riders will also benefit from the project.

The first project will add cellular service to three SFMTA (Muni) tunnels: Sunset, Twin Peaks and the new Central Subway.  BART is leading the project thanks to a unique multi-agency agreement between the BART board, SFMTA board and the City and County of San Francisco Board of Supervisors to work together to offer better services while generating revenue. Although some areas will be ready sooner, this project is scheduled to complete work in all three tunnels within two years.

The second project will install new wireless technology, including both WiFi and Bluetooth, in all BART stations, covering both the paid and free areas.  Besides offering WiFi, riders will experience less buffering, better streaming, faster load times and better wayfinding in the stations.  This project is scheduled to complete all stations within four years.

Bluetooth technology enhances the indoor navigation experience by providing a highly accurate alternative to GPS indoors while using apps. For a BART rider, that means they could easily locate the platform, a preferred exit, the elevator, the bathrooms, the Station Agent, or the bike racks. Within a future enhancement to the BART App, Bluetooth could also be used to generate localized proximity alerts, such as an elevator or escalator alert at the station a rider is at, or an updated arrival alert for a train a rider is waiting for.

Project 3: Wireless Services on BART Fleet of the Future Trains

The third project will extend the wireless services from the stations into the new Fleet of the Future train cars.  Wireless transmitters will broadcast a secure signal into the new train cars. Small poles will be installed along the track where needed to fill coverage gaps. Although some areas will be ready sooner, this project is scheduled to complete work on all lines within five years.

Besides offering riders the convenience of WiFi while riding, the new equipment enhances safety by providing BART police with near real-time ability to send emergency notifications to the on-board passenger information system.

All told, these four projects are expected to generate more than $243 million over 20 years.

If approved, the projects would begin immediately with a total anticipated completion five years later.  BART has included strict timelines within the contract to ensure project delivery.

“This Digital Railway project opens up the potential for BART to offer world class digital communication to our riders and to modernize our business practices in the field,” said Ravi Misra, BART’s Chief Information Officer who led the planning and negotiation for this game-changing project.

The BART Board of Directors is expected to consider the package of four projects at its 9:00 am meeting at the Kaiser Center 20th Street Mall, Third Floor, 2040 Webster St. in Oakland.

The Board will also consider an ambassador program to deploy unarmed police staff on board trains to prevent and de-escalate problems.

They will also be asked to award what will be a pivotal contract in BART’s history for a modern Communications Based Train Control system to run trains closer together, reduce crowding, and run more frequently.