Starting May 11, 2020, we will shut down escalators in Montgomery, Powell, and Civic Center Stations in order to conduct surveys of the escalators in preparation for our escalator replacement project. Only one escalator will be out of service at a time. Below is a table of the times, dates, and locations.

The contractor will use saws to cut open the flooring at the top and bottom of each escalator to expose the pits, supports, and trusses. This will allow them to get accurate measurements which will be used when manufacturing the replacement escalators.

Barricades will be posted around the escalators during the work. There may be changes to this plan for unforeseen circumstances. 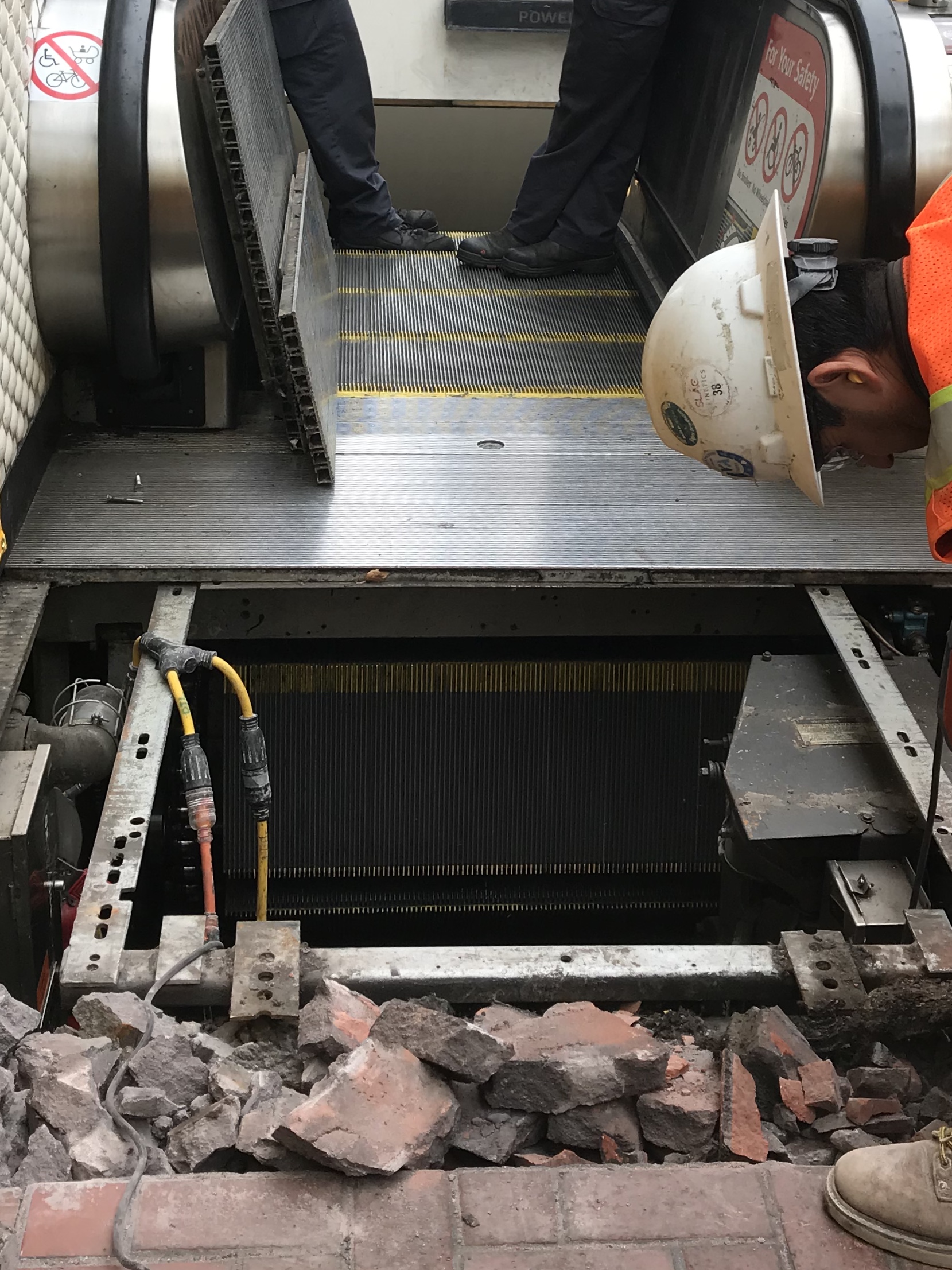 The work is part of the first major preliminary step in replacing BART’s most heavily-used escalators.

Crews on these dates are opening up the top and lower landing pits of escalators so exact measurements of the footprints can be taken and used in the custom designing and building of the new, modern units.

The BART Board in March 2019 approved the single largest contract to replace escalators in BART’s history.  The $96.5 million contract is funded by voter-approved Measure RR and will target escalators that regularly malfunction in downtown San Francisco

The Market Street Escalators Renovation Project will install and replace a total of 41 escalators at Embarcadero, Montgomery, Powell, and Civic Center Stations. Twenty-two of the escalators that will be replaced extend from the street to the concourse levels of the stations while 18 connect concourses with station platforms.  Additionally, a street level escalator at Civic Center Station will be relocated to the entrance closest to the Orpheum Theatre where only stairs currently exist.  Many of the units being replaced are among the oldest in the entire BART system.

Street-level escalators will benefit from better protection from the elements as BART is moving forward with a separate contract to build new canopies over all downtown San Francisco station entrances.

It’s anticipated BART can complete work on six escalators per year. The first escalators are expected to be delivered for installation in summer 2020.

For the most up-to-date information about these escalators or any others, you can check escalator status at http://www.bart.gov/stations/escalators.