BART has launched a pilot ambassador program to increase the presence of uniformed personnel on trains to address customers’ concerns about safety and security. The BART Board voted unanimously in January to move forward with a six-month pilot program.

The unarmed ambassadors are recruited from the ranks of the BART Police Department’s Community Service Officers, non-sworn personnel who perform a variety of police services. The ambassadors received additional de-escalation and anti-bias training before the program launched.

The ten ambassadors will walk trains in teams of two, seven-days-a-week from 2 pm to midnight, with extra coverage on Saturdays. They will focus their patrols on the most heavily travelled section of the system, the transbay corridor between 12th St. Oakland and Civic Center stations. During crowded evening commute hours, they will increase their coverage areas to other sections of the system such as Coliseum to Union City and Walnut Creek to Pittsburg/Bay Point.

The ambassadors wear easily-identifiable uniforms distinct from those of Community Service Officers or Fare Inspectors. They are equipped with radios to report safety and security concerns or biohazards. The ambassadors are also trained to respond to customers’ questions, complaints or requests for service. They will observe and report and call upon an officer when enforcement is needed.

In addition to the 10 ambassadors, BART PD Chief Ed Alvarez announced in January a newly created team of 12 sworn police officers will be dedicated to riding trains in pairs and walking platforms on nights and weekends. Coupled together, both programs offer 22 police staff dedicated to riding trains, representing a new shift in the deployment strategies of the police department. 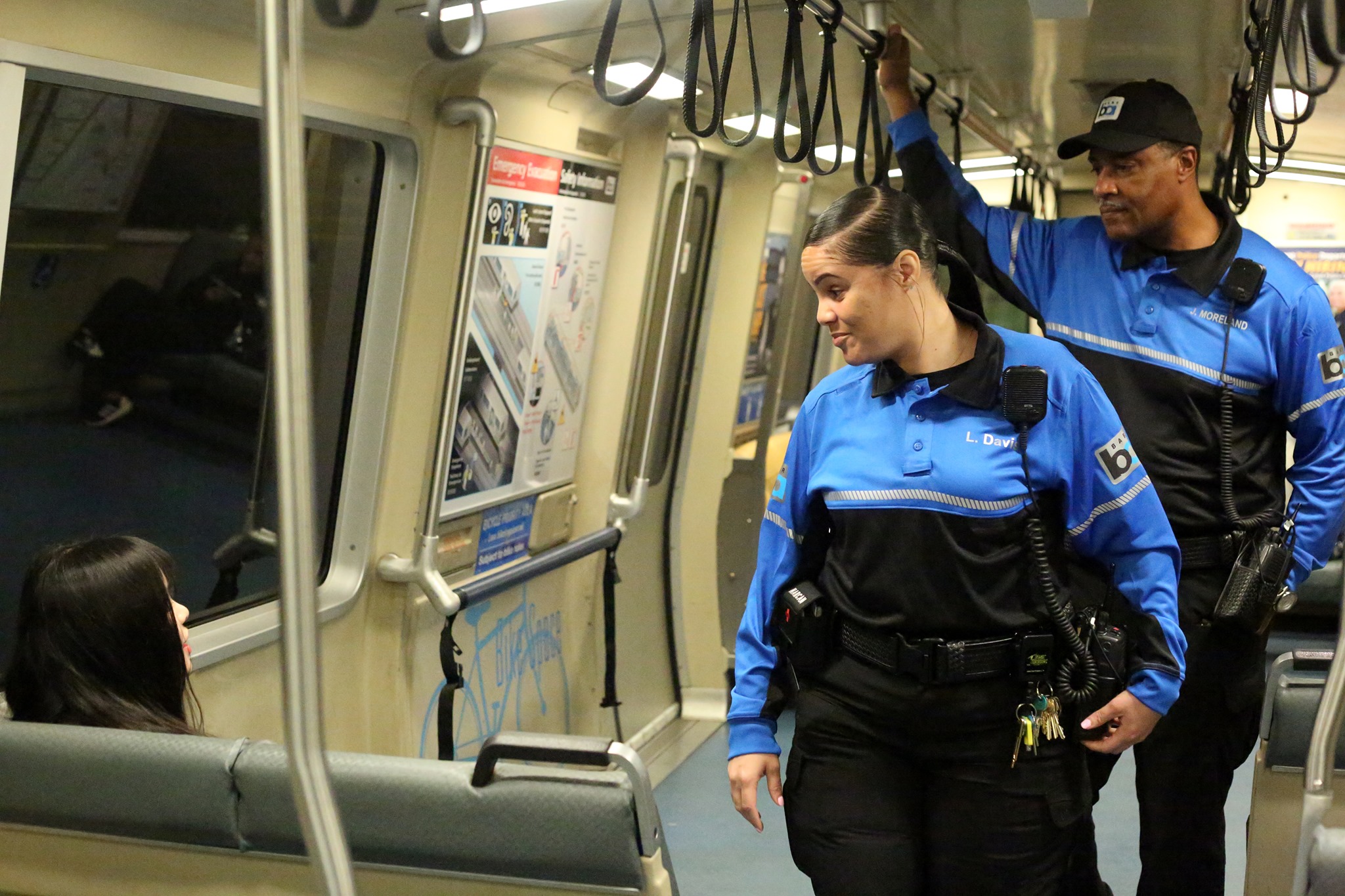