BART Police are releasing images of a man wanted for an assault that took place at 6:09 pm on Tuesday February 11, on board a Daly City bound train near the Lake Merritt station.

Surveillance footage shows the suspect boarded the train at Coliseum and began casually speaking with a female that was already on board. The victim then boarded the train at Fruitvale and began talking to both the male and female.  The suspect then punched the male in the face and the two got into a fight. The suspect hit the victim with a chain and then off-boarded at Lake Merritt station. Nothing was stolen.

The victim was transported to a local hospital and treated for non-life threatening injuries and has since been released. 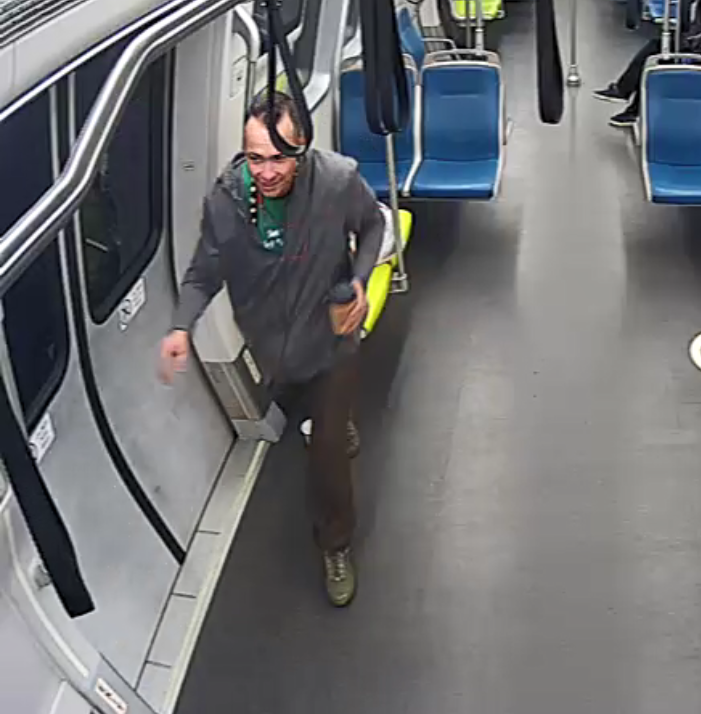 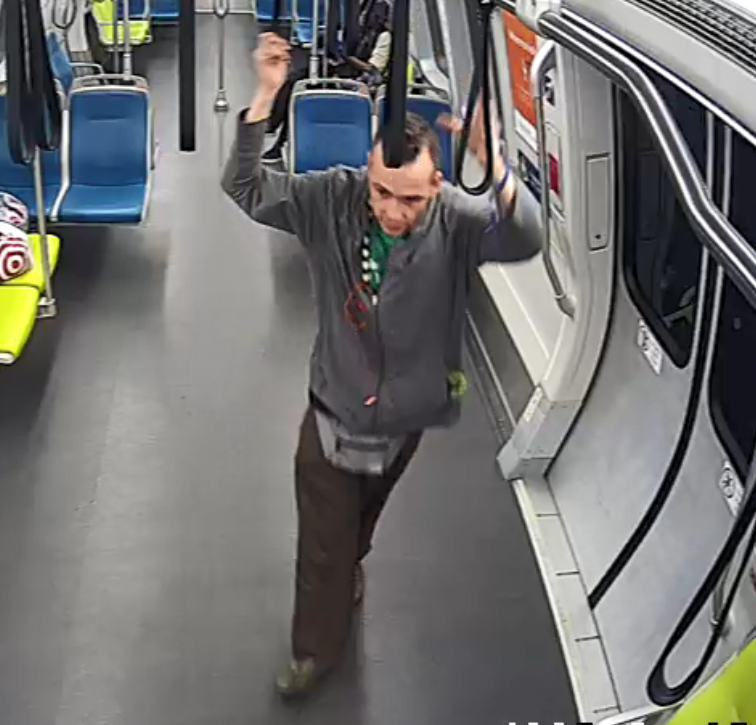