Newly released numbers from the BART Police Department show BART’s overall crime rate for the first two months of 2020 is down 7% compared with January and February of last year.  Over that same time violent crime is down 16%.

The decrease in the crime rate comes after BART Police Chief Ed Alvarez launched a new patrol team in January comprised of a dozen officers who are exclusively focused on walking trains.  Also, in February BART launched its pilot ambassador program to increase the presence of uniformed personnel on trains.  The ten unarmed ambassadors walk trains in teams of two, seven days a week from 2 pm to midnight.

You can see all the latest Part 1 crime numbers in the chart below. 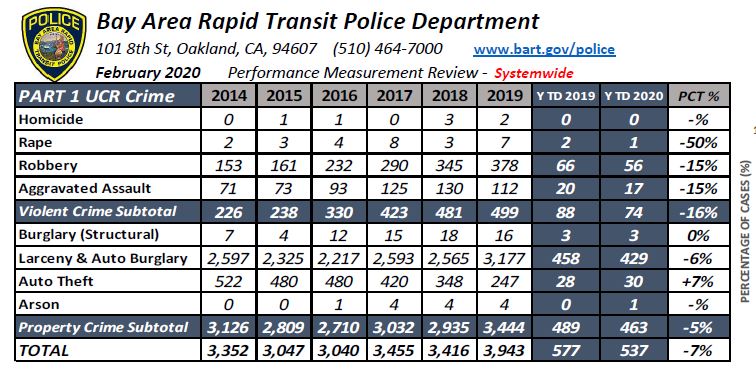