BART and its lead contractor PrōVen Management have completed installation of the critical components for the major track replacement project that’s been underway near the Orinda Station since April.  Because of this earlier completion BART is cancelling the last scheduled track shutdown weekend between the Lafayette and Rockridge stations.  The final shutdown weekend had been scheduled for July 4-5 but instead BART will run regular service between Lafayette and Rockridge that weekend.

BART crews worked around-the-clock on previous shutdown weekends to replace critical trackway components.  In many cases those components dated back to when BART first started service on the Yellow Line through Contra Costa County back in 1973.  Project accomplishments include:

The result of this work is a more comfortable and reliable trip through Orinda for BART riders as well as a quieter BART experience for neighbors.

BART is planning a track replacement project near the Orinda Station, which will require five weekend track shutdowns between the Lafayette and Rockridge stations.  The shutdown weekends are May 9-10, May 23-25 (Memorial Day weekend), June 6-7, June 20-21, and July 4-5.  Free buses will replace trains on those weekends and riders should expect delays of 20-25 minutes.  AC Transit and County Connection buses have bike racks and expect to be able to accommodate all bicycles with the fleet that will be available.

BART crews work around-the-clock on shutdown weekends to replace four mainline switches (interlockings) as well as other critical railway components.  Interlockings are similar to an intersection for a roadway in that they are critical components needed to move trains from one track to another.  Replacing the trackway components will enhance reliability and rider safety.  Many of the components being replaced are more than 40 years-old and have reached the end of their design life.  Once the project is complete BART customers will experience a more comfortable ride and trains will be quieter for riders and neighbors.

You can learn more about the work from the project fact sheet. 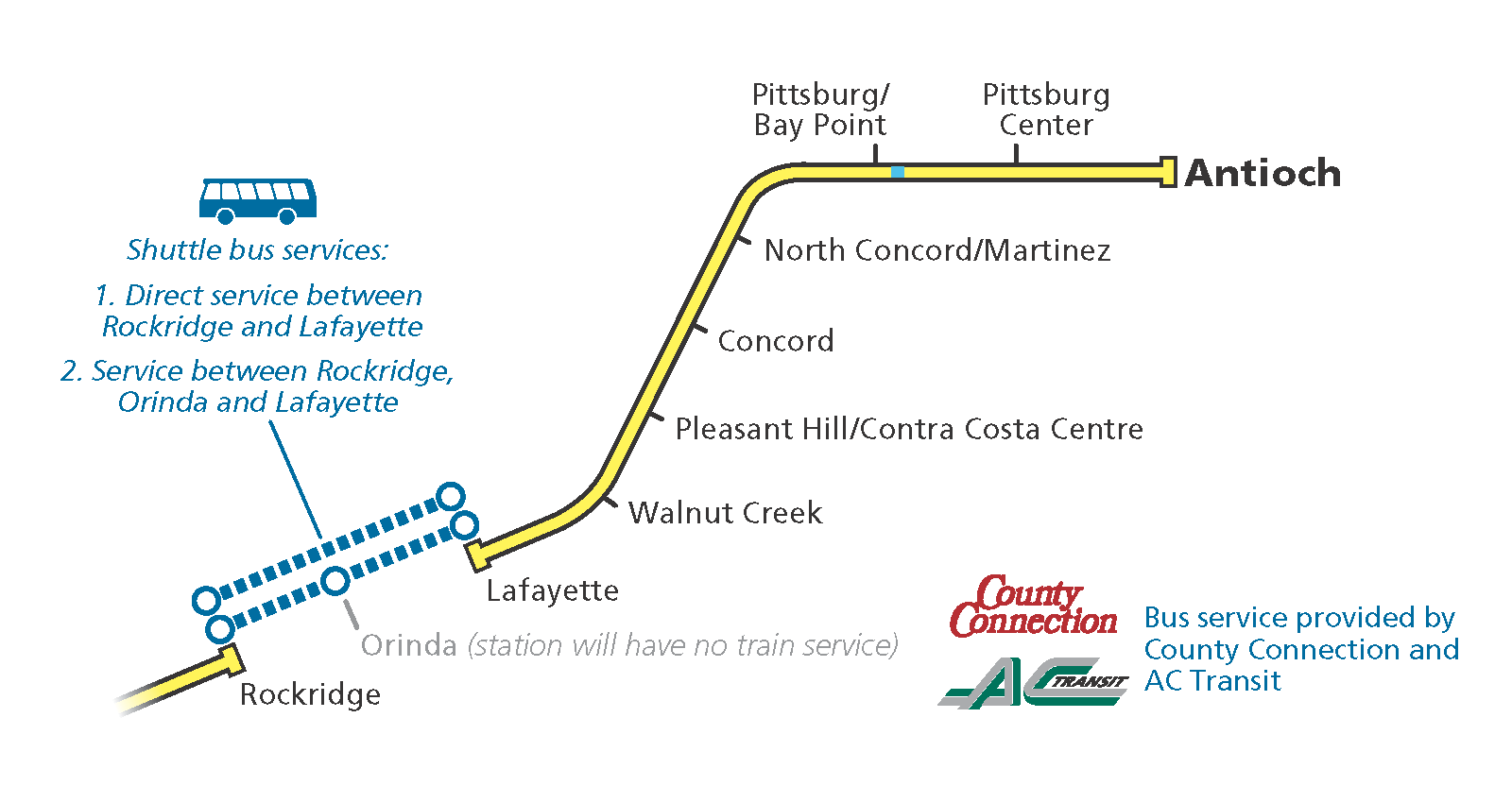 Track revitalization to begin this summer in Hayward

Major track replacement work is scheduled to begin the weekend of July 18-19 on aging equipment in Hayward.  The work is expected to require five weekend track shutdowns between the Bay Fair and South Hayward stations.  Free buses will replace trains on those weekends and riders can expect 20-40 minute delays.  The track shutdown weekends are scheduled to be July 18-19, August 1-2, August 22-23, September 5-7 (Labor Day weekend), and September 19-20.  More details will be announced closer to the start of work.

This article was originally published on March 26, 2020.