All stations entrances that were temporarily closed due to the pandemic have been re-opened as of Saturday June 12, 2021 as part of our recovery plan. Note, 19th Street station has 2 entrances closed due to construction.

To improve access to our stations, we will start reopening entrances/exits that were closed during the height of the pandemic.

On May 15 all entrances at Embarcadero and Montgomery and one center entrance at Powell will open in anticipation of Muni opening subway service for two-lines.  Balboa Park Station entrance will also open on May 15.

We will open all remaining closed entrances on June 14. At 19th Street Station, the northwest entrance to the station at the corner of 20th Street and Broadway and the southwest station entrance is also closed for ongoing construction.

As of October 24, 2020 the following stations have closed entrances/exits to help us focus our cleaning and enforcement efforts to enhance safety for our employees and riders during times of record low ridership and the COVID-19 pandemic. These closures are temporary and staff will continue to monitor ridership levels.

On Monday April 13, BART temporarily closed several entrances at the four downtown San Francisco stations as well as additional entrances at the 12th & 19th Street stations in Oakland. The closures will help us focus our cleaning efforts and to improve safety for our employees and riders during times of record low ridership and the COVID-19 pandemic. 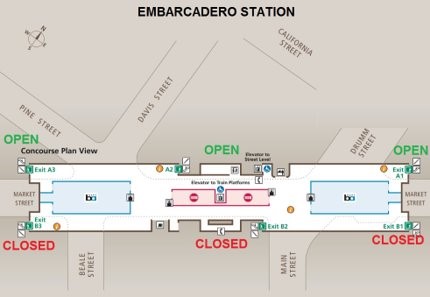 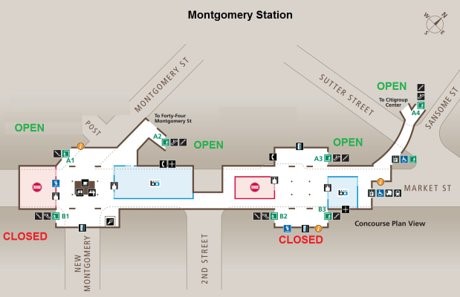 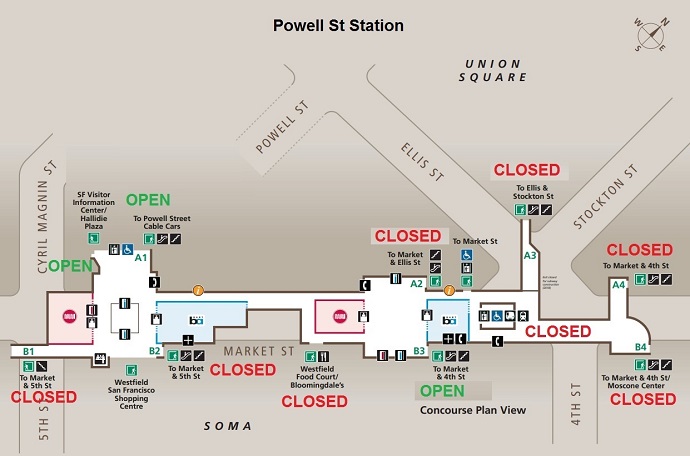 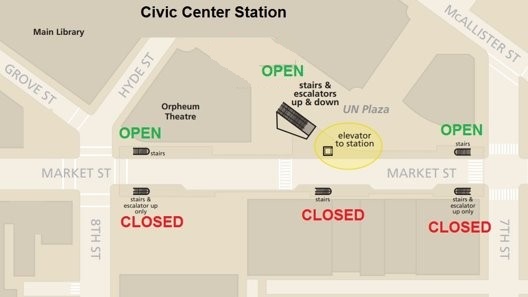 The 12th Street Station will be accessible from the Williams Plaza and De Lauer’s News Stand at the center of the station, and 11th and Broadway (south end of station near the Marriott). 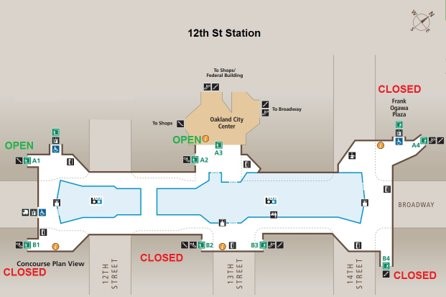 The 19th Street Station will be accessible from 17th,19th, and 20th Streets on the south side of Broadway. 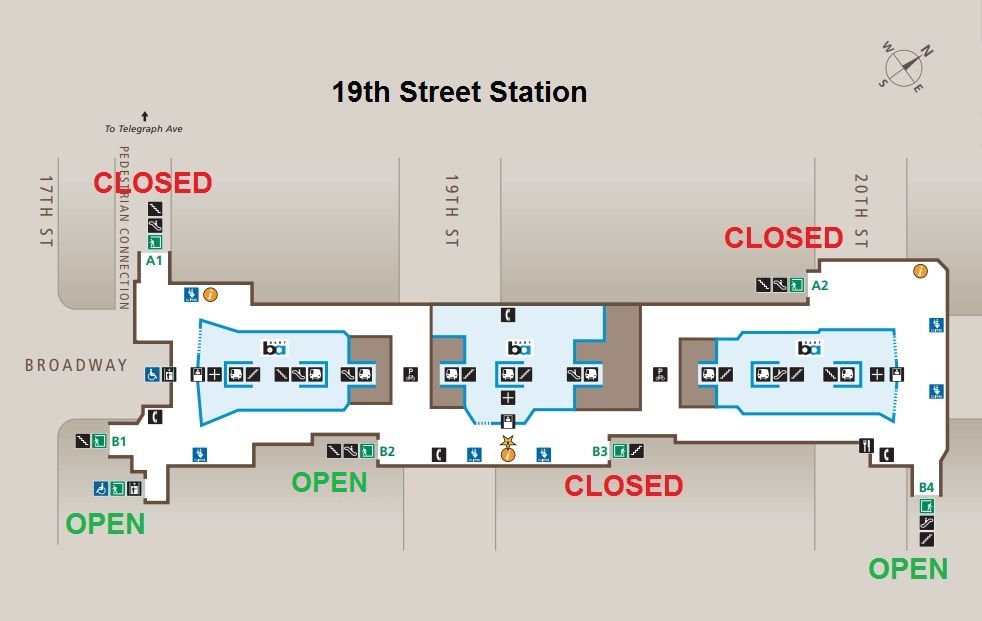 All stations remain ADA accessible and signs in multiple languages will be posted at the closed entrances noting others remain open to avoid confusion.

Closing entrances will allow us to focus our resources including station agents, cleaners, and police on the open entrances and fare gates.  BART Police Chief Ed Alvarez has assigned police officers to a "fixed post" during specific hours of the day to each of the open entrances.