BART staff has finalized the next version of the BART system map that will be released once service to Milpitas and Berryessa begins.  A date has not yet been announced and the project continues to prepare for revenue service.

The extension required rescaling to create the space needed to add South Bay details in preparation for the two new stations. Multiple improvements were made to the design to make it easier to read and to better highlight regional transit connectivity points.  The map also shows the planned Phase II extension into Downtown San Jose and Santa Clara and the planned Irvington future station.

Since its opening in 1972, BART has seen numerous iterations of the system map to reflect the expansion of its system and the ever-evolving Bay Area public transit partner agencies.

(For more insight into the history of the BART system map, please check out our podcast episode with BART's map designer, Bart Wright.) 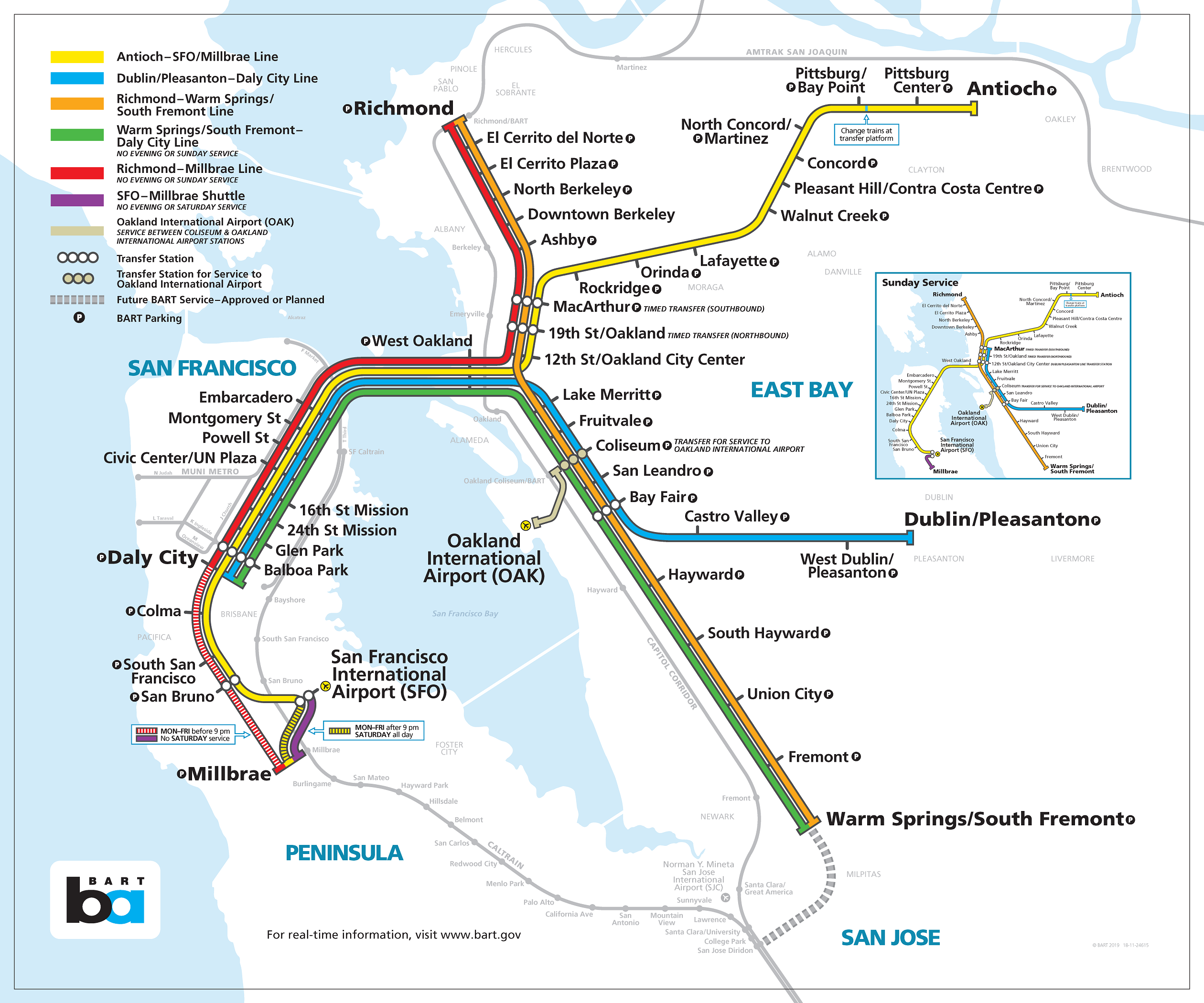 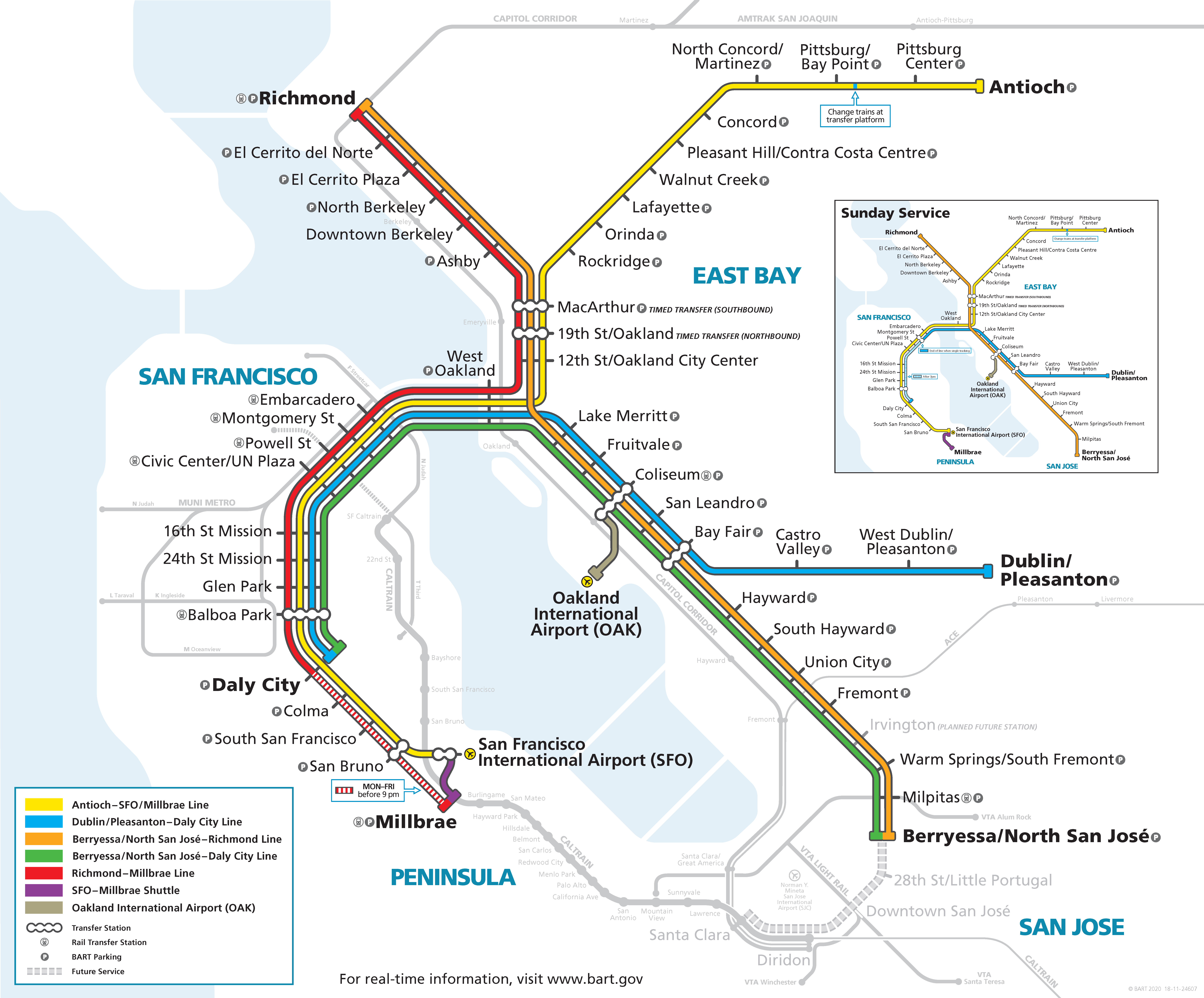