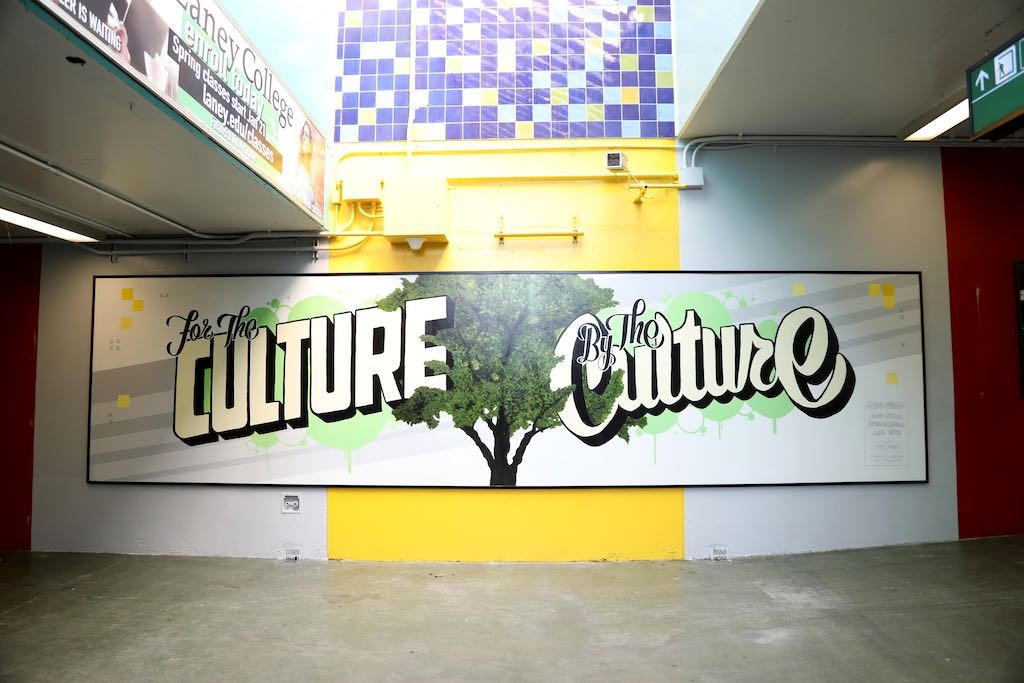 Watch the unveiling ceremony at https://youtu.be/GuPVqofjOYk

On Friday August 21, BART unveiled a new mural at the Coliseum BART Station that was inspired by the strategic visioning of seven Oakland Unified School District students through a paid summer internship program at BART.

The mural reads “For the Culture. By the Culture,” and is located in free area of the station inside the pedestrian tunnel joining the station and the parking lot.

BART partnered with the UC Berkeley Center for Cities + Schools Y-PLAN (Youth-Plan-Learn-Act-Now) initiative and African American Male Achievement (AAMA) Program through Oakland Unified School District during the academic year to seek feedback from local youth on how BART could create a more youth-friendly environment. As part of a final presentation, one of the proposed enhancements was to provide voice to youth through art at BART stations. BART offered a paid summer internship to the Oakland High and Skyline High students to implement their vision.

The students centered their project around the creation of a mural that would represent the history and heroes of Oakland and fallen community members while also giving youth something to look forward to in the future of Oakland.  “This city has some of the richest history in the United States,” said the young men who are referred to as Kings through the AAMA program. “The culture of Oakland attracts people here and we want them to see Oakland how we see it.”

The Kings wanted to uplift the Coliseum community and create a sense of place while honoring their friends who had died from violence. They also wanted to reclaim the narrative of the BART station which had experienced several high-profile incidents of criminal activity, some involving youth. “Oakland Coliseum seems to be forgotten and this mural can show that Oakland is a good place to be,” the Kings wrote in their final presentation. “A mural will make the station more attractive and show investment. It fits into the goals of BART’s Art in Transit Policy and will result in a sense of community pride and identity.”

The Kings worked with BART’s Art in Transit Program, BART Communications Department, and Y-PLAN staff to project manage the conceptual planning. The Kings participated in field research of local murals, developed visioning boards, prepared a cost benefit analysis, conducted in-person outreach to solicit feedback from riders at the station about on their ideas, and selected the artist through a competitive process.
The Kings selected Marcos LaFarga, a local artist with mural commissions throughout the region. They were drawn to LaFarga’s use of typography and photo realistic renderings. The students wanted the mural to be realistic looking with a tree motif and impactful text.

This is the second mural delivered by BART’s Art in Transit Program. The first being the tribute to Oscar Grant at the Fruitvale Station. BART continues to work with local youth to strengthen relationships within the community and is currently working with the Alliance for Girls on a gender equity project. 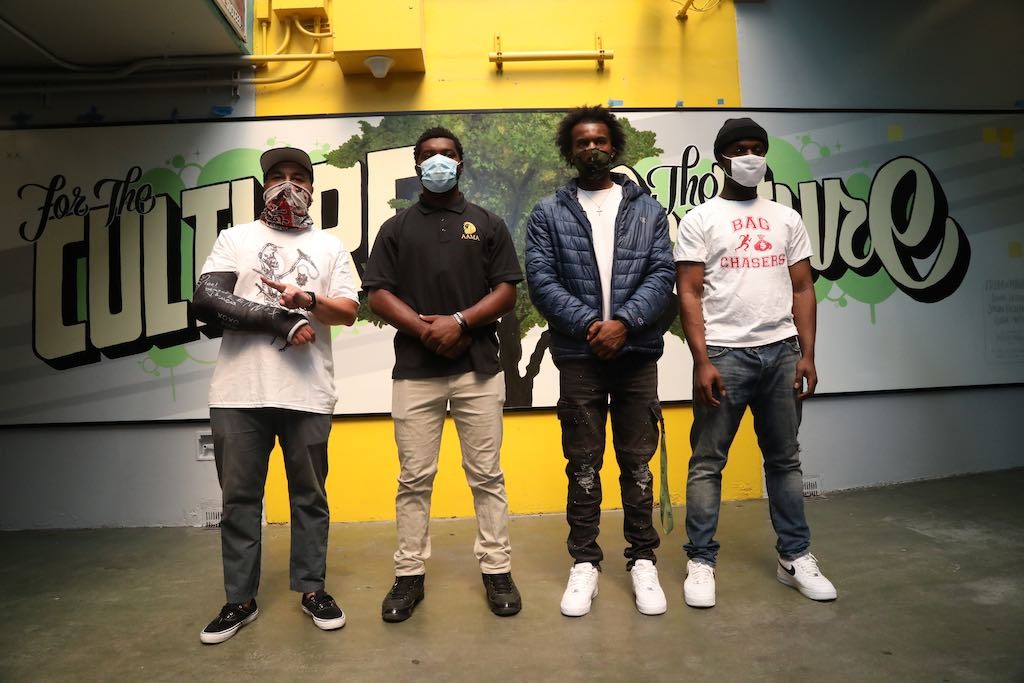