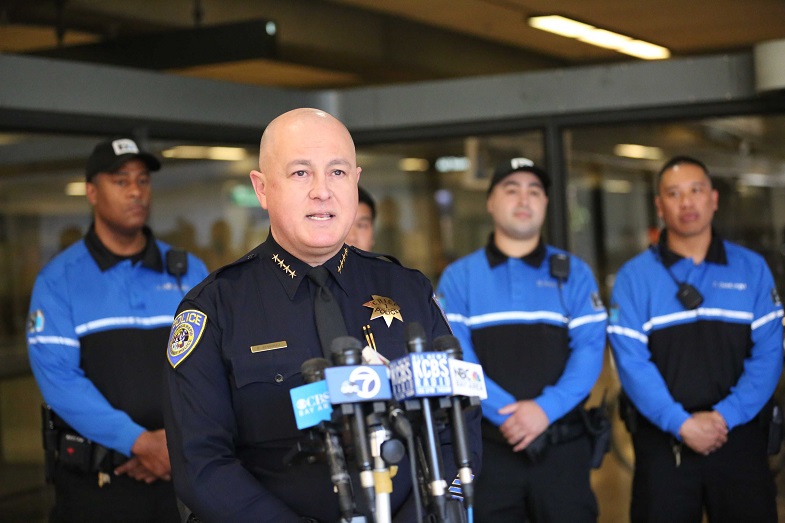 BART Police Chief Ed Alvarez told the group Latinos in Transit how his experience as an immigrant has shaped his policing philosophy, most recently when he created a new Bureau: the Progressive Policing and Community Engagement Bureau.

“They’re going to continue the work we’ve done to make connections with the communities we serve,” he said in the discussion on Friday.  “It’s the message that we teach and train constantly. If you treat people with respect, you’re going to get it in return.”

Alvarez, who has spent his entire career rising through the ranks at BART, talked about how the organization has changed over his 23 years there. He addressed the killing of Oscar Grant by a BPD officer in 2009, which presaged the nationwide reckoning over policing that disproportionately affects minority communities, and which BART itself has improved through numerous changes.

You could hear the emotion in his voice as Alvarez called that time over a decade ago as “rock bottom. It was hard to come to work. I care about this place and these people.”

In the intervening years, he said, BPD has made groundbreaking reforms, becoming one of the first departments to use body-worn cameras, and the role of BART’s Citizen Review Board and Independent Police Auditor in implementing other checks and balances.  “Now I’m proud and happy to come to work,” he said.

Alvarez became chief only nine months ago, a trial by fire with the coronavirus pandemic, the economic devastation it wrought, and the outpouring of demonstrations for the Black Lives Matter movement sparked by events in Minneapolis in May 2020.

“We denounced the murder of George Floyd,” Alvarez said, of the man who lost his life when a police officer, now charged with murder, kneeled on his neck for nearly nine minutes. “It shouldn’t have happened. And a lot of departments are changing how they operate because of it, because of him and the other individuals before and after him. It’s been a call to action.”

Alvarez shared a bit of his life story and the experiences that formed his character.

“I was born in Mexico in the state of Jalisco,” he said. “My parents migrated from Mexico to the United States and they built a life for us. I’ve lived in the East Bay my whole life, and my mom still lives there.”

Alvarez said that as a young boy he had to learn English, benefiting from ESL classes, and that his parents emphasized education as a way to get ahead, a principle he lives by to this day.

“I’m really proud of where I came from,” he said. “We persevered. I lost my father to a tragic accident when I was 10 years old, and my mom had to step up. My mom is a very strong Mexican woman. She had to learn how to drive, how to get a job to support our family.” 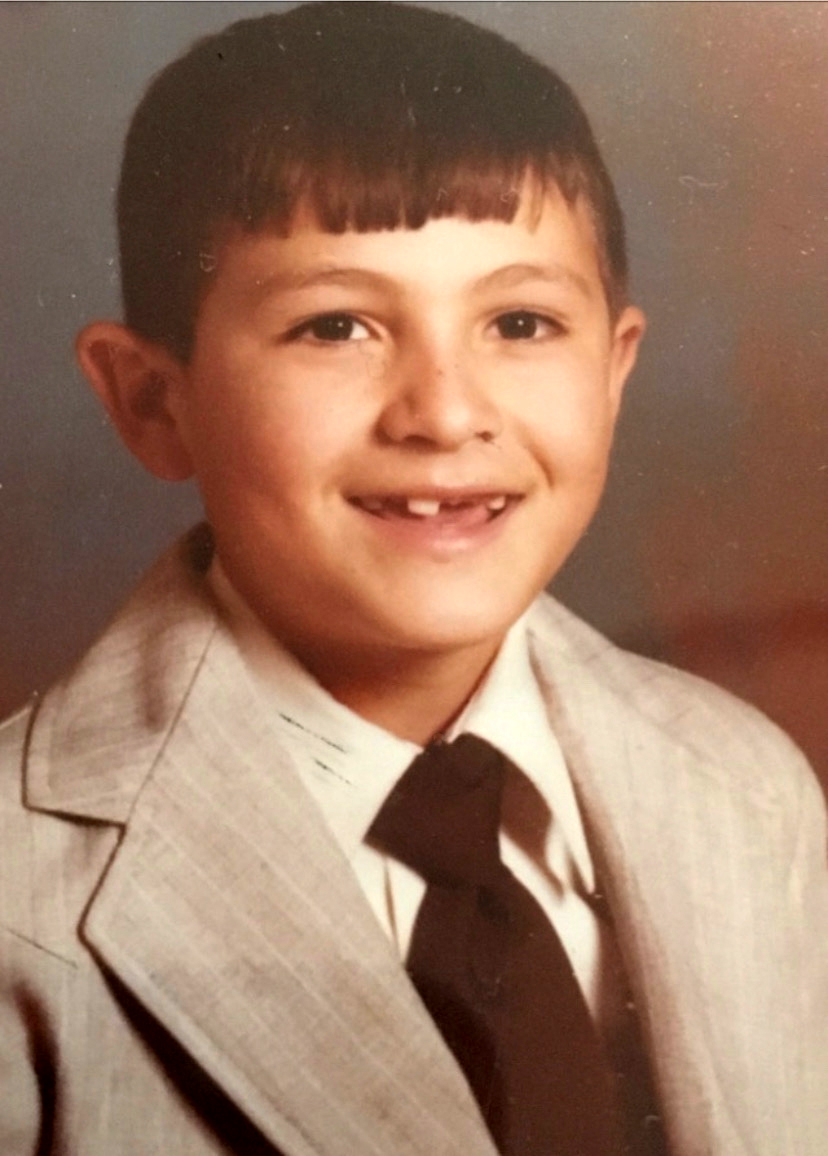 She went to work at the American Licorice Company in Union City (you may know them as the maker of Red Vines candy). “My mom never called in sick one day in 25 years, ever,” Alvarez said. “She made sure we were in school every day. On Sunday mornings, when we’d stayed out late on Saturday nights, she would kick open the door of our bedrooms, open up the blinds, and tell us we’re going to church. I appreciate that now. It helped make me the person I am today.”

Alvarez joined the force with a junior college degree then went back to school in his 40s to get his bachelor’s degree. “It was really hard, to be working, going to school and raising a family,” he said. “That’s why I tell Latino kids when I speak at schools, take care of your education before you have a lot of other commitments. I tell the kids to keep working on learning English, keep at it, the language will come.”

“We as immigrants have to take advantage of the opportunities that this country affords us,” Alvarez said.  He said he never dreamed that one day he would be chief of the BART Police, with more than 400 personnel under his watch. 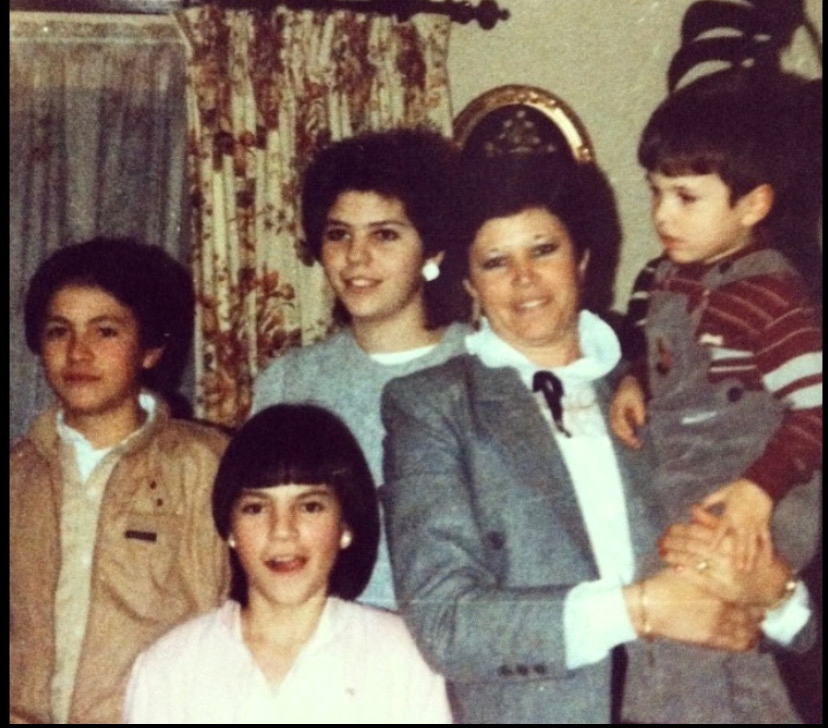 Image above: Ed Alvarez far left (in sixth grade) with his mother and siblings

“We’re out there handing out face coverings, working on the mental health piece, connecting the homeless with services. In some ways this pandemic has been a good opportunity for us to hit a reset, tighten up a few things, so that when our ridership goes up we’re in a better place than we were pre-pandemic.”

“Our message right now is that BART is safe, reliable and clean. We’re ready to welcome everybody back to our system.”

Alvarez spoke at a monthly meeting (held virtually for now) of Latinos in Transit, a national organization that promotes the advancement and development of Latinos and other minorities in the transportation industry. The “Café Con LIT” networking meetings let members share a coffee break to connect with others and learn from their experiences.

At the talk with Alvarez on Friday, participants said his story resonated with many who had similar upbringings, and inspired pride in members of the Latino community.

“I’m humble to be one of many,” Alvarez said. “We’ve got to keep being role models, keep grinding, show people that it can be done. This country gives us many opportunities. You have to take them and give back. “