On Friday, November 6, all buses that had been rerouted to temporary stops in the area directly adjacent to the station will move back to stops at the newly reconstructed bus island near the station. AC Transit and WestCat bus routes currently stopping on San Pablo Ave., Cutting Blvd., and Key Blvd., will not be affected by this change. (see the map below).

The bus island was closed in April of this year as part of the El Cerrito del Norte Station Modernization Project. It was demolished and reconstructed to meet ADA guidelines and new shelters were added. A raised crosswalk was built between the station and west side parking lot and passenger loading zone.

We apologize for this inconvenience and appreciate your patience. 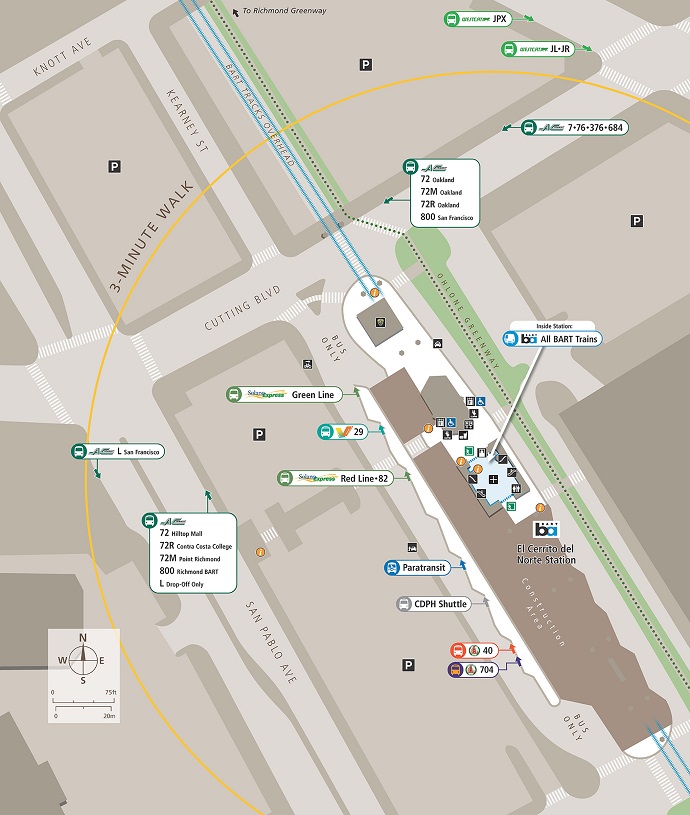