Update: On Thursday, December 17, 2020, Contra Costa Family Justice Center Executive Director Susun Kim thanked BART employees who donated more than 1,000 gifts and more than $1,000 in gift cards in this year's holiday toy drive.  “Your gifts representing your love and care mean so much to our clients and staff,” she said at a virtual meeting of the BART Board of Directors. 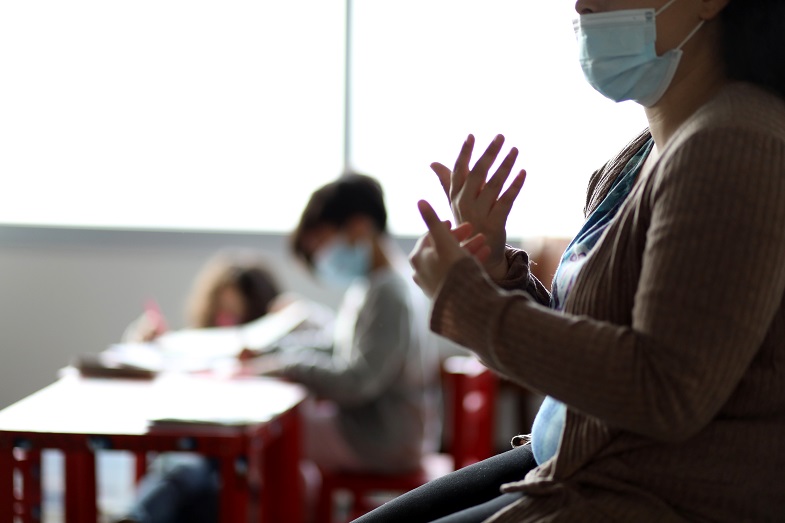 One family’s holiday wish list is for a bed, so children don’t have to sleep on a mattress on the floor. Another asks for coats, because they can’t afford the heating bill. A mother of 4 little ones would like a bicycle they could share. Some 300 kids need a toy.

The holiday season brings extra worry to families who are coping with interpersonal violence, even more so with this year of shelter-in-place. What if the place where you are sheltering is itself not safe? The Contra Costa Family Justice Center serves families who have experienced domestic violence, sexual assault, child abuse, elder abuse and human trafficking. It has remained open, in-person, during the Covid-19 pandemic, when its programs are more essential than ever. It has three locations, one in Richmond, Concord and Antioch.

The nonprofit is the beneficiary of this year’s BART Toy Drive, an annual event where employees donate toys that are collected and presented to a nonprofit organization in one of the counties BART serves.

“Right now we are seeing a lot of people who have lost their jobs, they still have bills to pay, they’re tending to children in Zoom school, they often don’t have a private room or a desk for online school” said Oravanh Thammasen, Director of the West Family Justice Center in Richmond. “They need help with restraining orders, divorce and custody issues, immigration issues, and counseling.”

In 2019 the Center served nearly 4,000 clients, mainly from Contra Costa County, although they try to help every caller, no matter where they are from; Center staff try to make connections wherever the caller lives. About three-fourths of the people served by the Center have children, with 63% of families earning less than $2000 per month and 31% earning less than $1000 per month. “We are a one-stop center for families affected by interpersonal violence,” Thammasen said. "There are a lot of stres 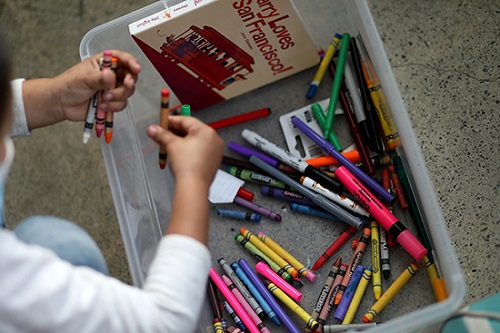 sors right now related to the pandemic. That’s why we’ve stayed open for calls, appointments, and in person walk-ins. We know people may be in danger when they call us or look at our website. There may be somebody who is being abusive to them in the same room.”

Often, the first step is the hardest: making the call for help. On a chilly November afternoon, three clients of the Family Justice Center came in to tell their stories, in the hope of showing others the kind of support they’ve received.

GIANNA: "I HAVE A VOICE NOW"

Gianna, a 28-year-old single mother of four, said she did lots of research online to discover the Family Justice Center, which helped her escape an abusive relationship and fight for custody of her kids, ages 10, 8, 5 and 4.

“I was very scared at first,” she said, of making that first call. But the response amazed her. “They made me feel very safe and secure. It feels like you are really valued, that they do care for you. I’m very grateful for the help I’m receiving.”

Her children sat at a kids’ table, drawing with crayons quietly while their mother talked. Asked about their wish list, the kids are hoping for a bicycle, which they would share. Gianna takes her family on BART to expose her kids to new and educational experiences.

“I want them to be open to trying new things” she said. “They’re kids. They like to explore and be creative.” The Center partners with attorneys to help clients like Gianna. “My attorney is amazing,” she said. “I would say to others, make that call. Reach out. It’s OK to ask for help. I feel like before, I didn’t have a voice, but I have a voice now.”

OLIVIA: "IT WAS A GREAT RELIEF" 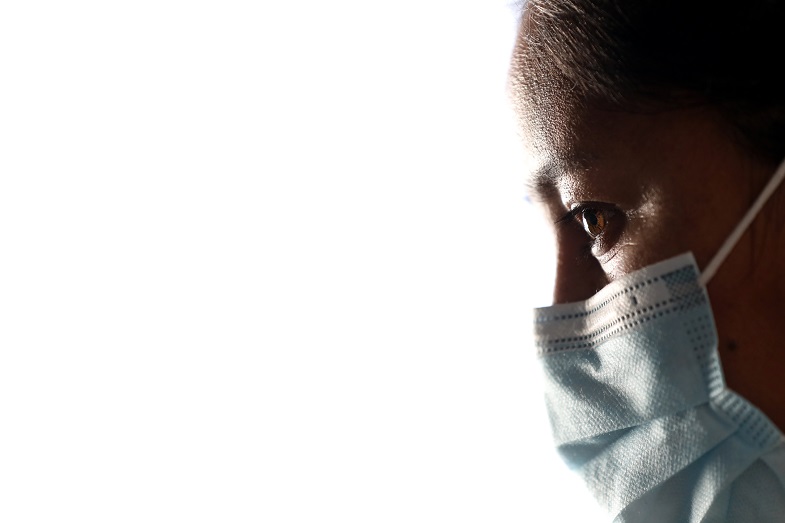 Olivia, who is 33, immigrated to the United States from Guatemala, trying to escape partner violence and keep her kids safe. She heard about the Center from a friend and has participated in support groups it offers. Olivia cleans houses for a living but saw her income vanish when the pandemic hit. She has drained her meager savings. She and her kids, a 12-year-old son and 6-year-old daughter, share one room in a rental house. They’ve been sheltering in place, trying to do online school as she looks for work. They would love to get a gift card that would let them buy a desk and a bed.

Her son, who helped his sister look at book as his mom talked, would love a remote control car. “It was a great relief” to get assistance from the Center, Olivia said. “It helped me a lot. (At the support group) we just sat in a circle and talked about what’s on our minds.”

Olivia’s little girl looked at books while her mom talked at Family Justice Center. She is looking forward to a holiday season that carries over traditions from her mother country, making tamales and a ponche de frutas, a hot fruit punch made with apples, grapes, papaya, pineapple and cinnamon. Most of all, she is happy to be safe and in a household free of violence and trauma.

MICHAEL: "PEOPLE HERE ARE ON YOUR SIDE" 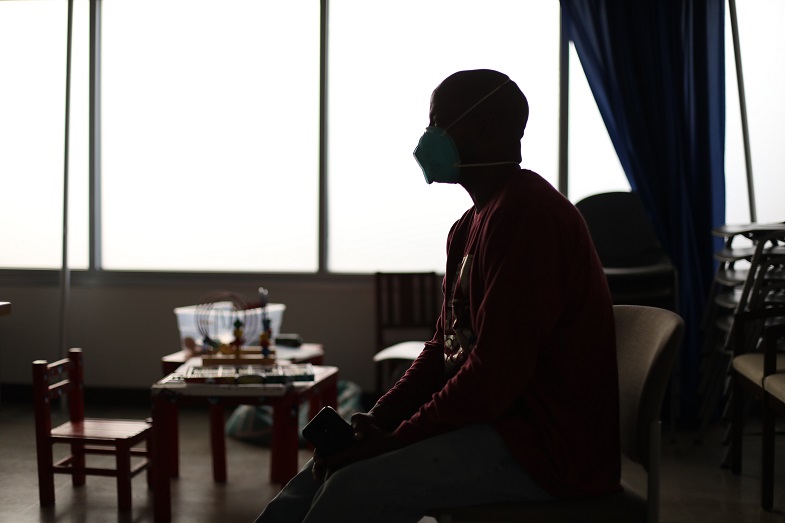 Michael, 51, came to the Centers proudly wearing his Daughter-Dad-Squad shirt. In an earlier marriage in his younger years, he had hoped for kids but thought it would never happen. He was thrilled in his latest relationship when he became father to two little girls, now ages 3 and 1. But it was a stormy relationship with partner violence; he recalled one instance when she struck him with a belt buckle, prompting him to seek a restraining order.

“I was raised not to hit a woman,” he said. “I was focused on co-parenting and keeping my girls safe.” The Center is helping him in his custody battle. Michael pictured at the Family Justice Center in Richmond The pandemic and an automobile accident have made it hard for Michael, who used to work as a bike mechanic, to find work; his lost income threw him into homelessness and his unemployment is running out. He’s living in his van but hoping to find housing where he could share custody of his daughters. 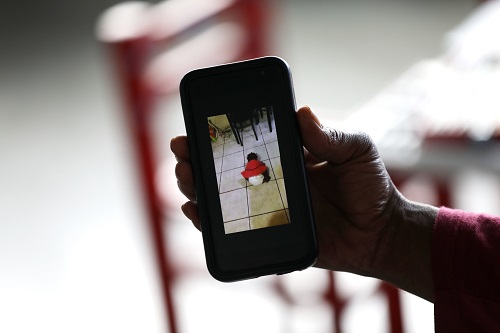 You can see the pride in his eyes when he shows off a cellphone video of the baby in her first wobbly walk in a holiday-red dress. “I wish I had been there for her first steps,” he said. “They grow up quickly and you miss so much.” He’d like educational baby and toddler toys, warm coats, even diapers or a grocery card. Michael showed off a video of his younger daughter taking her first steps Michael said he hoped other men who experience partner violence will know it’s OK to ask for help. “They have people here who are on your side,” he said. In fact, 14% of the clients served by the Center are male.

Thammasen, the West Center director, gave a tour of the building. There are several private meeting spaces where clients can meet with counselors, attorneys or access other resources. There’s a book box where they can take home free children’s books. “We’re reaching more and more people,” she said. “We want to be that reassuring voice when they reach out.”

If you are experiencing interpersonal violence, no matter where you live, you can reach that reassuring voice by calling:

If you would like to donate directly to the Family Justice Center, you can do so via their website at http://www.cocofamilyjustice.org/. You can also find  You can also view their annual report as well as a video showcasing their work. Names used in this story are pseudonyms to protect the individuals’ safety and privacy.