Match made on BART: One couple’s Valentine’s Day love story

Match made on BART: One couple’s Valentine’s Day love story 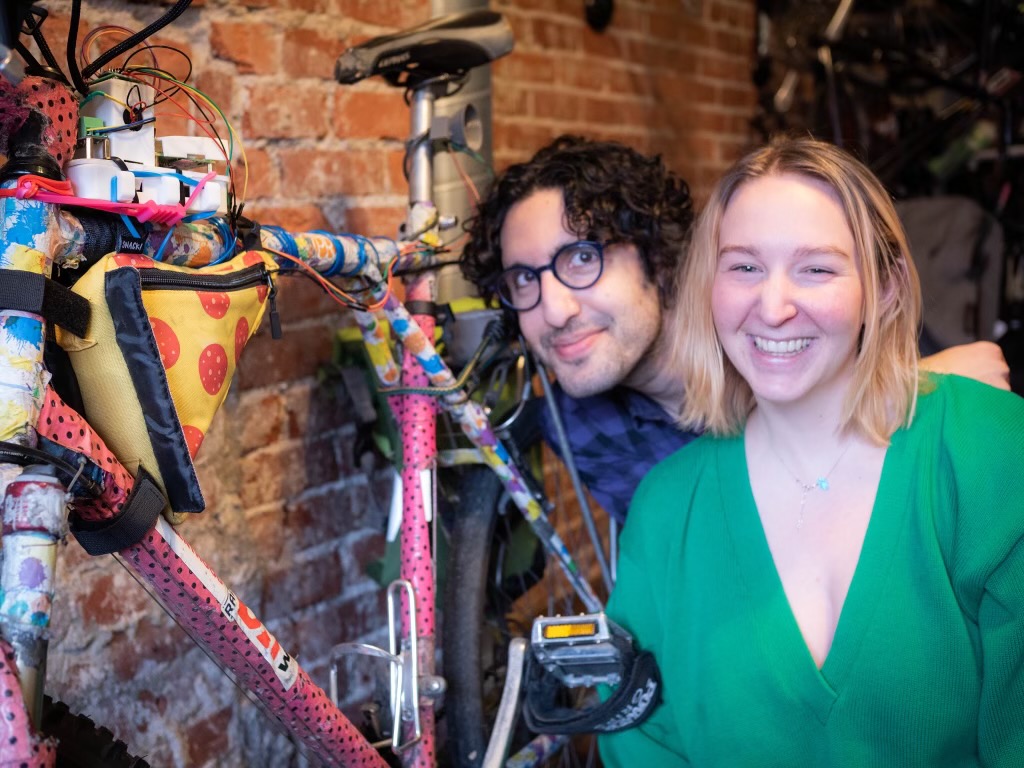 If not for a fateful BART ride, Armin Samii and Marylee Williams wouldn’t be celebrating their five-year-long romance this Valentine’s Day.

Back in 2016, he was staying late in San Francisco for a work event and she was attending an Icelandic Film Festival, when they ended up on the same East Bay-bound train around 11 pm. “I was riding on BART with somebody I didn’t know very well, and I wasn’t particularly interested in,” Williams recalled. “I was thinking, ‘Ah, man, I really want to talk to somebody else.’ “

She noticed Samii when he boarded at Montgomery Street Station because of his unusual bike, which was covered in rainbow-colored duct tape and had a bell shaped like a hamburger.

Samii was nonchalant. “I gave my standard line, it’s just me, it’s my personality,” he recalled . “I answered politely and put my headphones back on.”

She was not deterred. “He was determined to keep me in the friend zone,” she said. “But I’m extremely persistent.”

When Samii learned that Williams worked for a public radio station, KALW, he made some small talk, mentioning the 99% Invisible podcast about unnoticed designs that shape our world. The podcast had done an episode on challenge coins, tokens that historically are given by commanders in recognition of special achievements. If you’re in a bar with military buddies, you pull out your coins, and whoever doesn’t have their challenge coin would have to buy a round of drinks.

“I asked if she was familiar with the concept, and she was,” said Samii, who worked in tech. “I pulled out my coin. She didn’t have hers on her. So I told her she owed me a beer. And she said, ‘How am I supposed to buy you a beer when you don’t even know my name?’ “ 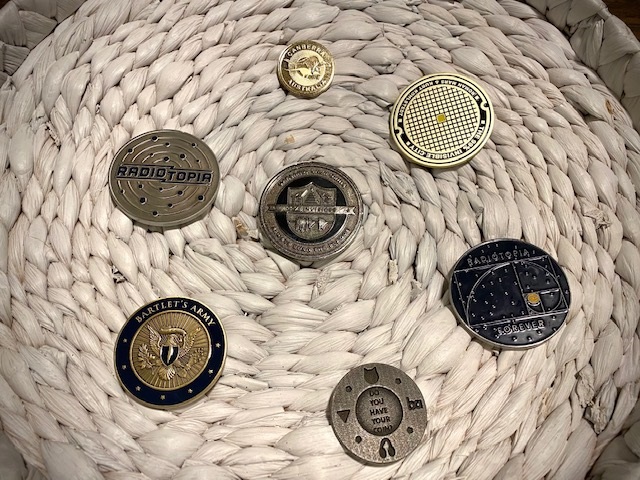 Some of the couple’s challenge coins: At center, the one Samii had in his pocket on the day they met; small gray coin at bottom is one Williams made for him on their 2nd anniversary. It has four elements of their relationship: BART logo, cat, martini glass, and headphones, representing podcasts.

As he got off the train in Downtown Berkeley, she shouted out her name. It being a fairly common name, Samii’s initial Google searches led him only to “a bunch of obituaries.”  He finally found her info and asked her out; they went on three dates in three days before he had to leave for a trip to Sweden.

Date No. 1 was tapas. Date No. 2 – building swords, shields, and other accoutrements for the geeky sport Jugger; Date No. 3 – wine.

“Five years later and we’re still here,” Samii said. The couple spent a couple of years in a long-distance relationship due to job changes, always taking BART to the airport went they had to say goodbye.

They were reunited in late 2019 with a move to Pittsburgh, Pa., where a 3-bedroom, 3-bathroom house with plenty of room for their bikes and their cat Zooey goes for less than a San Francisco studio. They have a set of BART posters in their home. 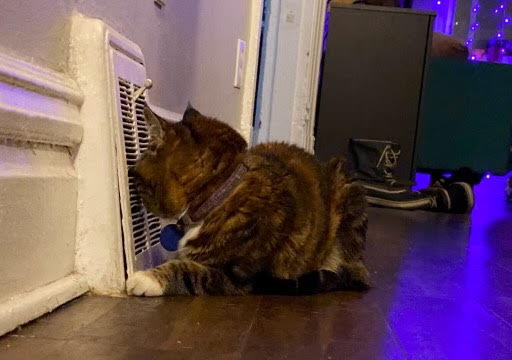 “We live in Pennsylvania now, but our favorite memories always start and end with BART,” Samii said.