When artist Kyungmi Shin was commissioned to create two new murals at El Cerrito del Norte Station, the project was not a new challenge. It also was a homecoming.

Shin lived in the serene suburb of El Cerrito in the 1990s for about three years when she attended UC Berkeley for a graduate arts program. When she began researching what the murals will look like, she returned to a place she called home and began exploring.

“For me, it was coming back to an old neighborhood and that was really exciting,” said Shin. “I just spent time driving around El Cerrito. I was rediscovering the neighborhoods.”

What Shin re-discovered of El Cerrito was the same as what she knew in the 90s: El Cerrito is a place of homes, of a bedroom community. But she had not realized the two starkly different views available in El Cerrito; one from the flatlands looking up to the hills, and another from the hills looking toward the San Francisco Bay. Houses of various styles and ages dotted both views, completing the scenery.

“El Cerrito is a city of homes,” Shin said. “I think it’s great to think about the idea of a home and also celebrate its views.” 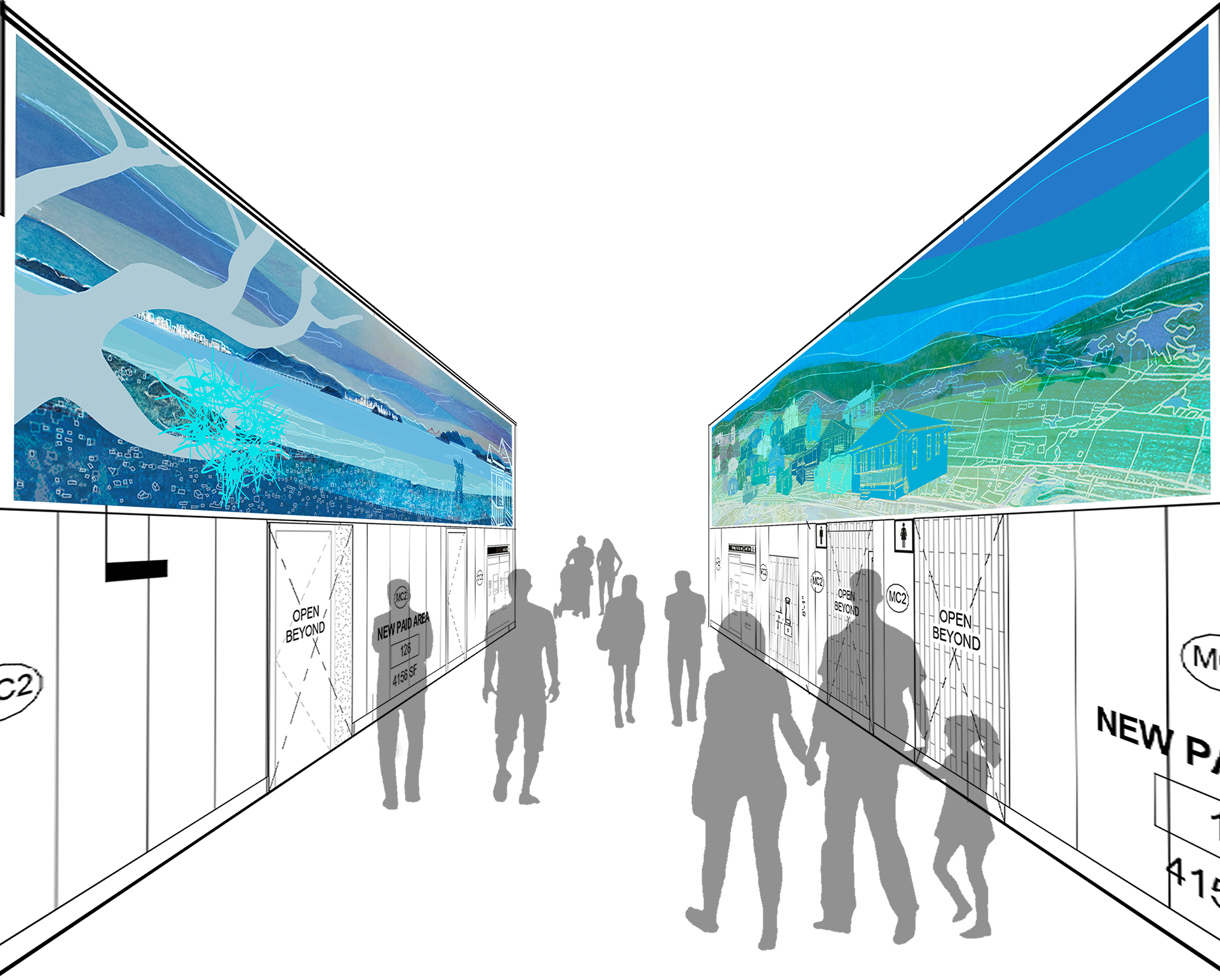 How the murals will look at El Cerrito del Norte Station. The in situ rendering is facing north. Courtesy: Kyungmi Shin

Her new artwork, entitled El Cerrito Homes, celebrates the two views with illustrated homes and local markers, such as the Golden Gate Bridge and an indigenous Ohlone hut.  Made of hand-painted porcelain mosaic tiles, the mostly green-and-blue murals Shin calls “hillside” and “bayside.”

The murals, currently being installed in the concourse of the station, are part of a suite of improvements coming to El Cerrito del Norte Station as part of BART’s station modernization efforts. El Cerrito del Norte Station is being piloted as a regional transit hub, with bus service from western Contra Costa, Marin, Solano and Napa Counties transferring riders to/from BART.

In early February, BART announced the completion of Phase I of the modernization efforts, which includes a fully updated south entrance, two new elevators, two new staircases, an additional fare gate array and an exterior window wall to let more natural light in. Shin’s murals will be completed as part of Phase II, where they will be installed above the Clipper ticket kiosks and two new public restrooms. 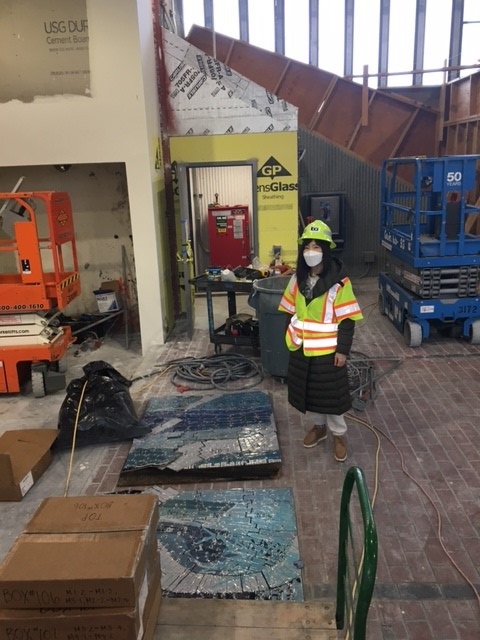 “For this new art opportunity, we wanted to create something related to that existing mosaic,” said Shin.

The murals were commissioned through BART’s Arts Program as part of station modernization, which is estimated to be completed by summer 2021 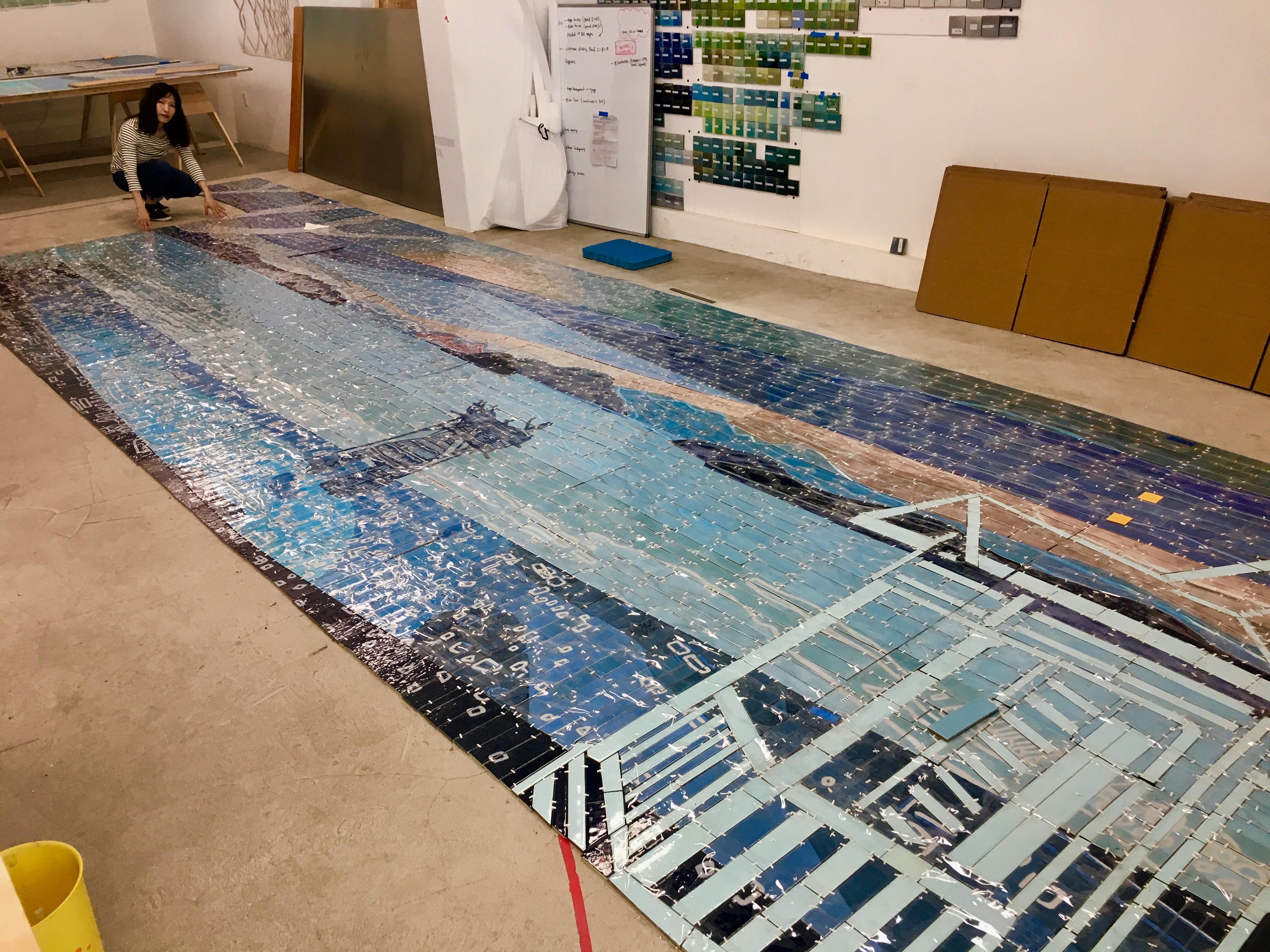 Shin working on a mural in her studio. Courtesy: Kyungmi Shin